The Ridgefield Gazook is a letterpress facsimile of a satirical magazine (perhaps the original “zine”) conceived by Man Ray. On March 31st 1915, Man Ray created a one-off, four-page, hand-drawn maquette on a single sheet of paper, never to be copied or reproduced. Man Ray sold the maquette to the photographer Arnold Crane, who then lent it to the National Portrait Gallery in Washington, D.C. After the maquette was shown in a retrospective of Man Ray’s work, it was never to be seen again, rumored to have been accidentally tossed away as rubbish. The only record of the magazine is a photograph taken by Crane and an Italian facsimile reprint (Roma: G. Mazzotta, 1970) reproduced from the photograph. This facsimile is based on the Italian publication.[publisher’s note]

The Ridgefield Gazook is included in The Blind Man box set. 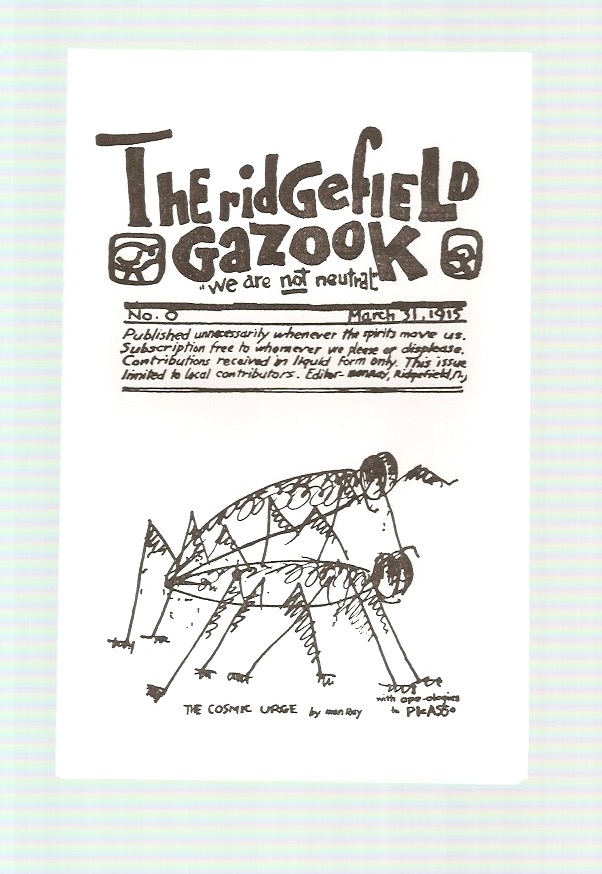