“It’s all about giving and making available anything you feel you’ve learned or been confused by or spiritually re-energized by, revolted by, whatever it is. If it’s affected you in some way maybe it can do the same, or the opposite, for someone else. So you present those special moments when something happened, and all you say is, ‘I’m humane, you’re humane, this may be of use. If it’s not, fine, but if it is, you’re welcome’. That’s the value of creation.”—Genesis Breyer P-Orridge

Sacred Intent gathers conversations between the late artist Genesis Breyer P-Orridge and longtime friend and collaborator, the Swedish author Carl Abrahamsson—from the first 1986 fanzine interview about current projects, over philosophical insights, magical workings, international travels, art theory and gender revolutions, to 2019’s thoughts on life and death in the the shadow of battling leukaemia. P-Orridge has consistently thwarted preconceived ideas and transformed disciplines such as performance art and music; always cutting up the building blocks to dismantle control structures and authority. But underneath the socially conscious and pathologically rebellious spirit, there has always been a devout respect for a holistic, spiritual, magical worldview – one of “sacred intent.” [publisher’s note]

P.S. As friends have called out to us, accusations of abuse against P-Orridge should be taken into account when we circulate publications celebrating her legacy. As we’re currently out of copies of Cosey Fanni Tutti’s memoir Art Sex Music one may read Lottie Brazier’s 2018 essay from The Guardian. 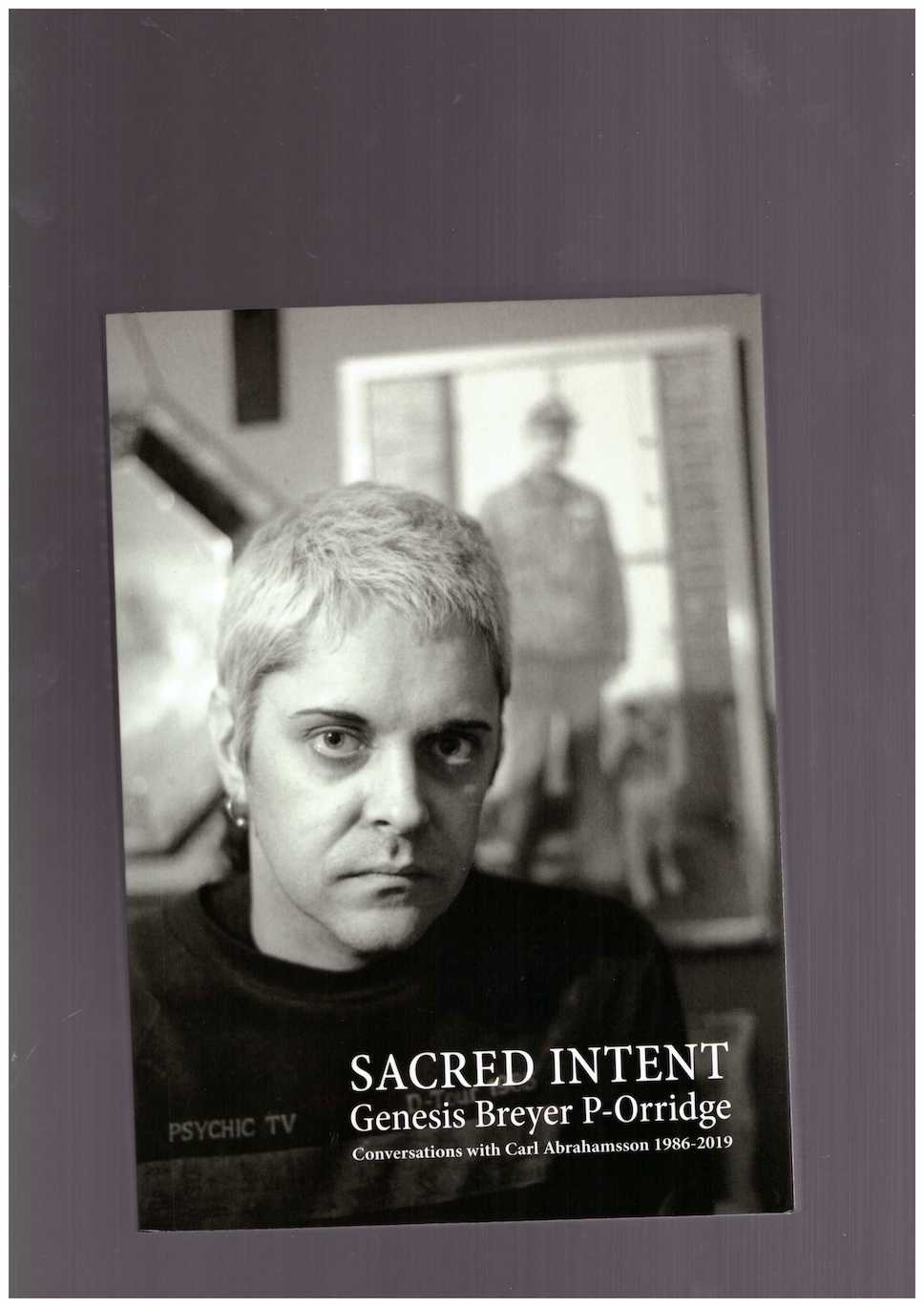