The Chimurenga Library is a research platform that seeks to re-imagine the library as a laboratory for extended curiosity, new adventures, critical thinking, daydreaming, socio-political involvement, partying and random perusal. Curated by Chimurenga, it offers an opportunity to investigate the library and the archive as conceptual and physical spaces in which memories are preserved and history decided, and to reactivate them.

From December 13 – 17, 2017, Chimurenga installed a library of books, films, and visual material at La Colonie in Paris, mapping extensive research that ask “Who Killed Kabila“, as the starting point for an in-depth investigation into power, territory and the creative imagination. This book catalogues all the research material produced and collected for this installation.

The equation is simple: the length of a Congolese president’s reign is proportional to his/her willingness to honour the principle that the resources of the Congo belong to others. Mzee Kabila failed.

Who killed Kabila is no mystery either. It is not A or B or C. But rather A and B and C. All options are both true and necessary – it’s the coming together of all these individuals, groups and circumstances, on one day, within the proliferating course of the history, that does it.

So telling this story isn’t merely be a matter of presenting multiple perspectives but rather of finding a medium able to capture the radical singularity of the event in its totality, including each singular, sometimes fantastical, historical fact, rumour or suspicion.

We’ve heard plenty about the danger of the single story – we want to explore its power. We take inspiration from the Congolese musical imagination, its capacity for innovation and its potential to allow us to think “with the bodily senses, to write with the musicality of one’s own flesh” (Mbembe). [publisher's note] 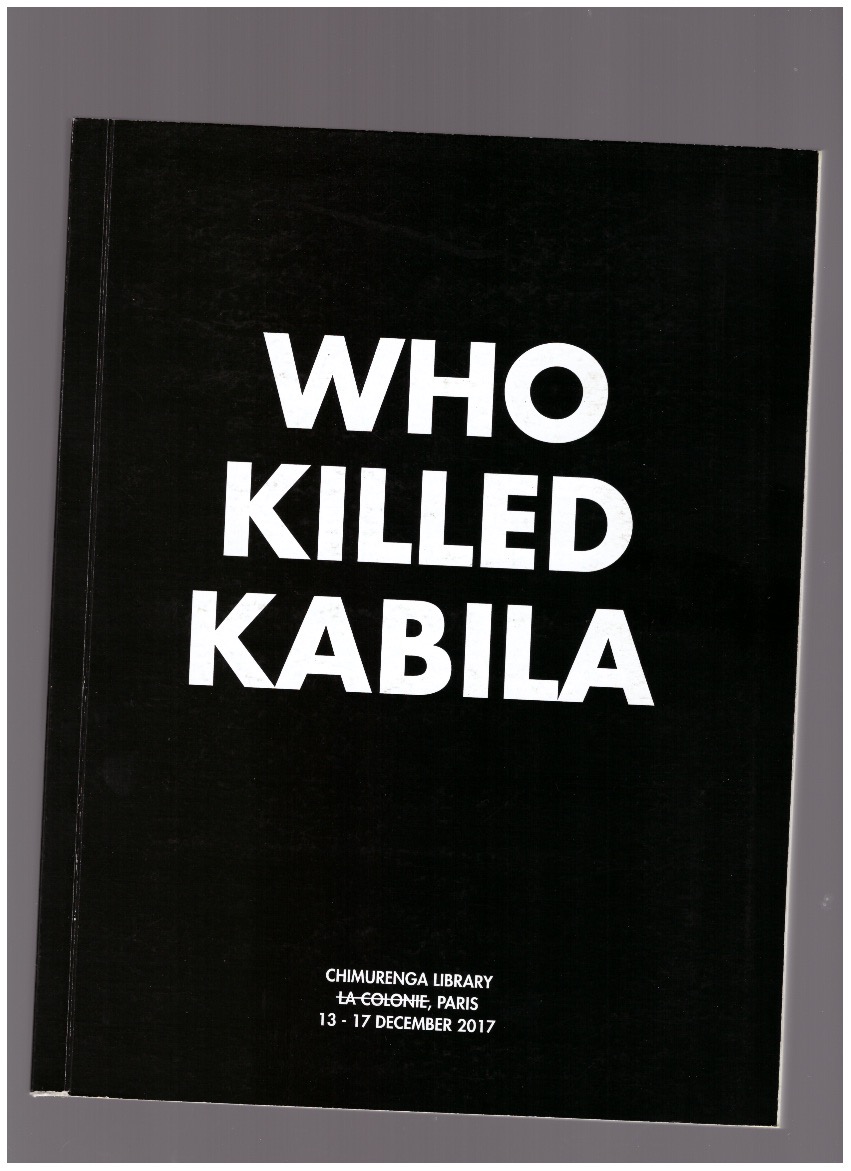