In the context of the Cold War bipolarity, the African continent and the Arab world were contested territories for the strategic deployment of influence between the superpowers. Cultural diplomacy represented an important realm in which that contest was manifested, specifically with the creation of specialized professional national elites whose allegiance would be organically bound to either power. Under the aegis of the International Socialist Friendships, the Soviet Union used channels of diplomacy to host a remarkable number of students at universities in Moscow and other cities in the Soviet bloc. This publication focuses on the famous Gerasimov Institute of Cinematography (VGIK) in Moscow from which filmmakers Abderrahmane Sissako (Mauritania/Mali), Ossama Mohammed (Syria), Suliman Mohamed Ibrahim Elnour (Sudan) and Costa Diagne (Guinea) graduated. It retraces in official archives (translated to English), how their passage at the VGIK was recorded, and the film festivals that invited them to interact with other filmmakers, critics and stars. The publication also includes three essays by Constantin Katsakioris, Gabrielle Chomentowski and Elena Razlogova, prominent scholars of Soviet film and cultural history. 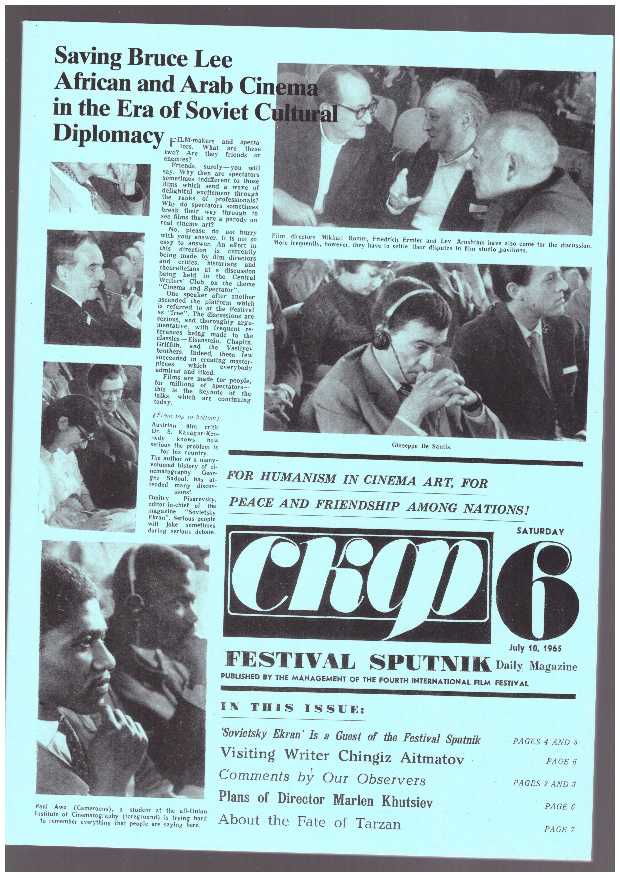