“Xeno” speaks to the turn away from “what is” toward “what could be”: the (as yet) unknown, the alien—having been employed in recent years through such speculative-political approaches as xenofeminism and xenopoetics. Perhaps It Is Time for a Xeno-architecture to Match documents a conversation series from January to March 2017 that explored what an intervention of the xeno might bring to bear on contemporary and future (infra)structure.

This book aims to unpack the prefix, probing what it entails—not merely rhetorically but also as a means of practice, in an attempt to bring the ideas it contains more concretely into the domain of architecture. It proposes to link the more philosophical discussions on the notion of xeno with questions of instrumentalization and governance that are necessarily involved in the praxis of architecture. And it relates the significance of legal architecture and technologically driven transformation in the metaphysics of law back to the agenda of xeno-architecture. By researching how architects, artists, thinkers, and activists operating in the spatial field might endorse a process of “alienation” to confront global issues, this project attempts to re-radicalize spatial practice. [publisher’s note] 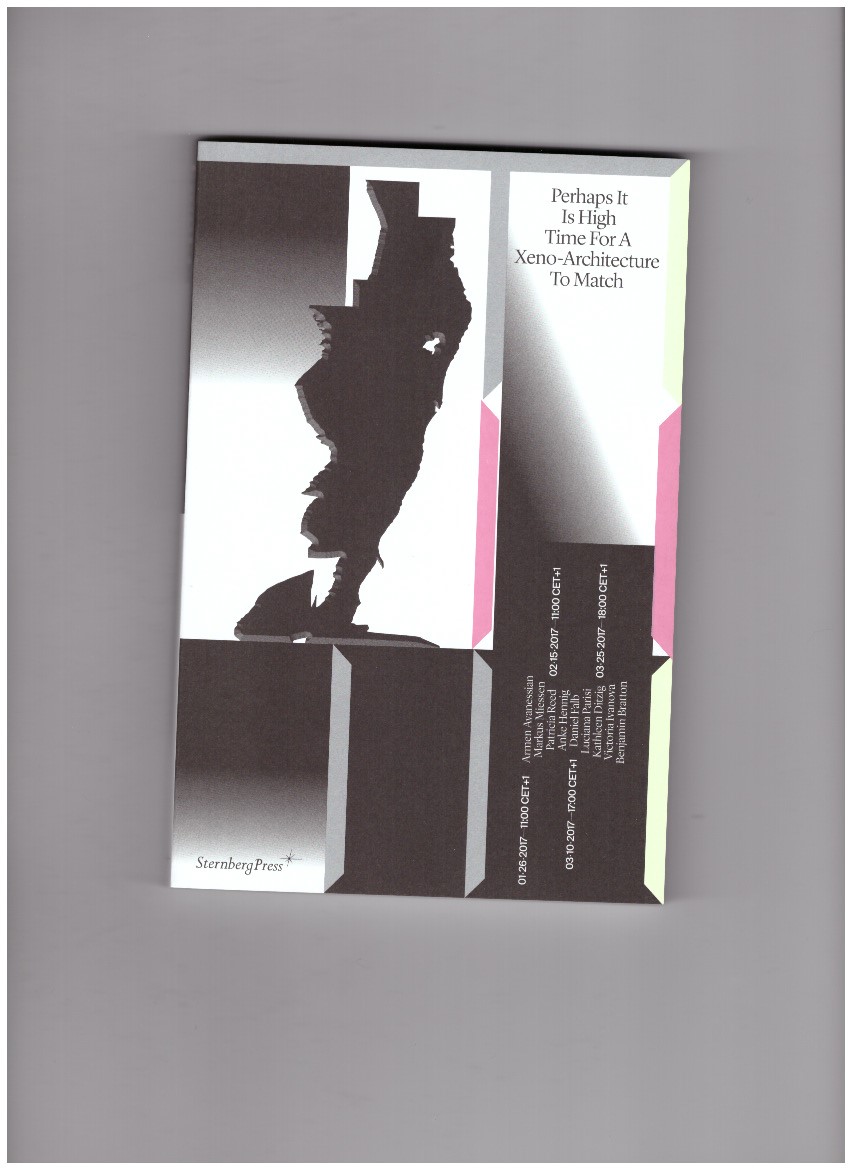