Lua Cão is the eleventh publication in Kunstverein München’s Companion series, and corresponds to an exhibition by Alexandre Estrela and João Maria Gusmão & Pedro Paiva. Initiated by Natxo Checa at ZdB in Lisbon, then optimized for Munich with Kunstverein München, the exhibition is an immersive moving-image experiment, with a projectionist arranging 20 analog films and digital videos by Estrela and Gusmão & Paiva in five 15-minute constellations, according to a 4-hour technical script. This publication departs from the exhibition to recount the endless encounters of Tom, an avid image consumer, and Jerry, a zealous projectionist, through more than 150 texts (in English and German) by Alexandre Estrela, Chris Fitzpatrick, João Maria Gusmão, Pedro Paiva, and Post Brothers. Designed by Julie Peeters, the A4 publication is punctuated by a series of 10 full color collages that Estrela and Gusmão & Paiva produced collaboratively by superimposing film stills and video stills from the exhibition. [publisher's note] 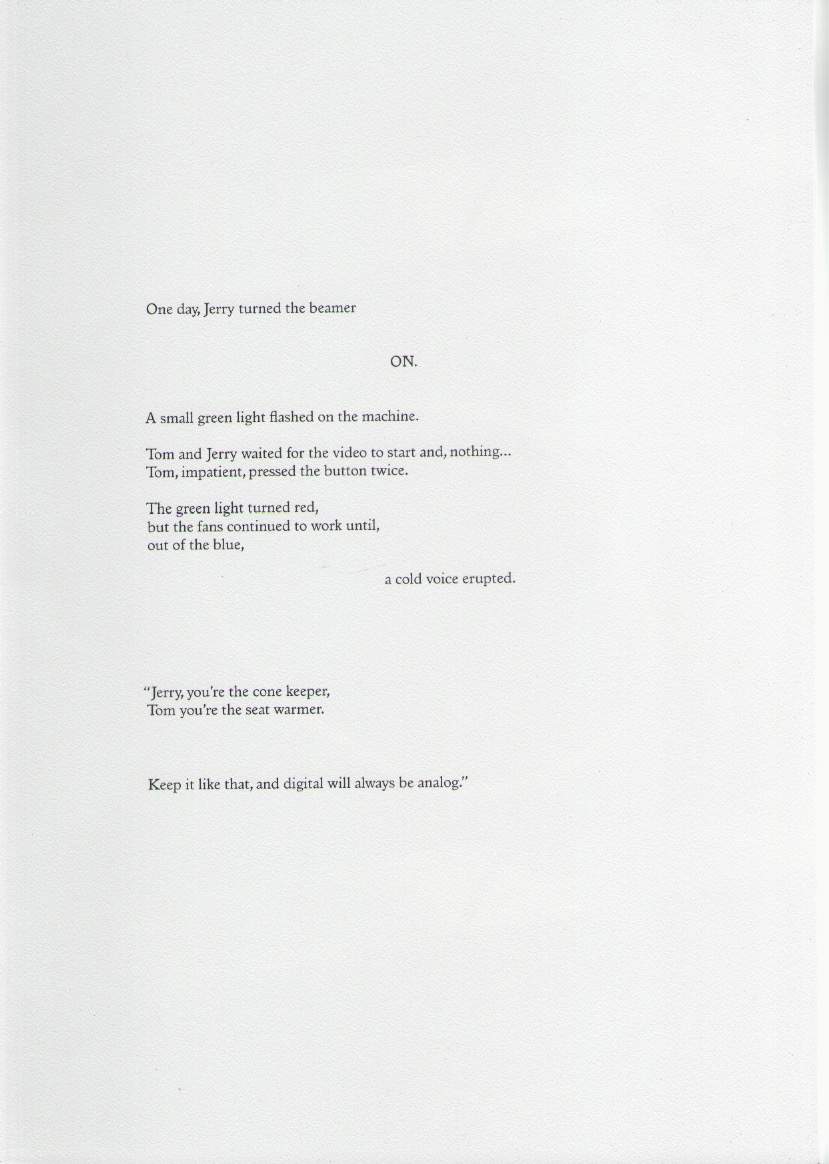