Stories that map the writer's artistic development, written with candor, detachment, and passion.Hervé Guibert published twenty-five books before dying of AIDS in 1991 at age 36. An originator of French "autofiction" of the 1990s, Guibert wrote with aggressive candor, detachment, and passion, mixing diary writing, memoir, and fiction. Best known for the series of books he wrote during the last years of his life, chronicling his coexistence with illness, he has been a powerful influence on many contemporary writers.
Written in Invisible Ink maps the writer's artistic development, from his earliest texts—fragmented stories of queer desire—to the unnervingly photorealistic descriptions in Vice and the autobiographical sojourns of Singular Adventures. Propaganda Death, his harsh, visceral debut, is included in its entirety. The volume concludes with a series of short, jewel-like stories composed at the end of his life. These anarchic and lyrical pieces are translated into English for the first time by Jeffrey Zuckerman.
From midnight encounters with strangers to tormented relationships with friends, from a blistering sequence written for Roland Barthes to a tender summoning of Michel Foucault upon his death, these texts lay bare Guibert's relentless obsessions in miniature. [publisher's note] 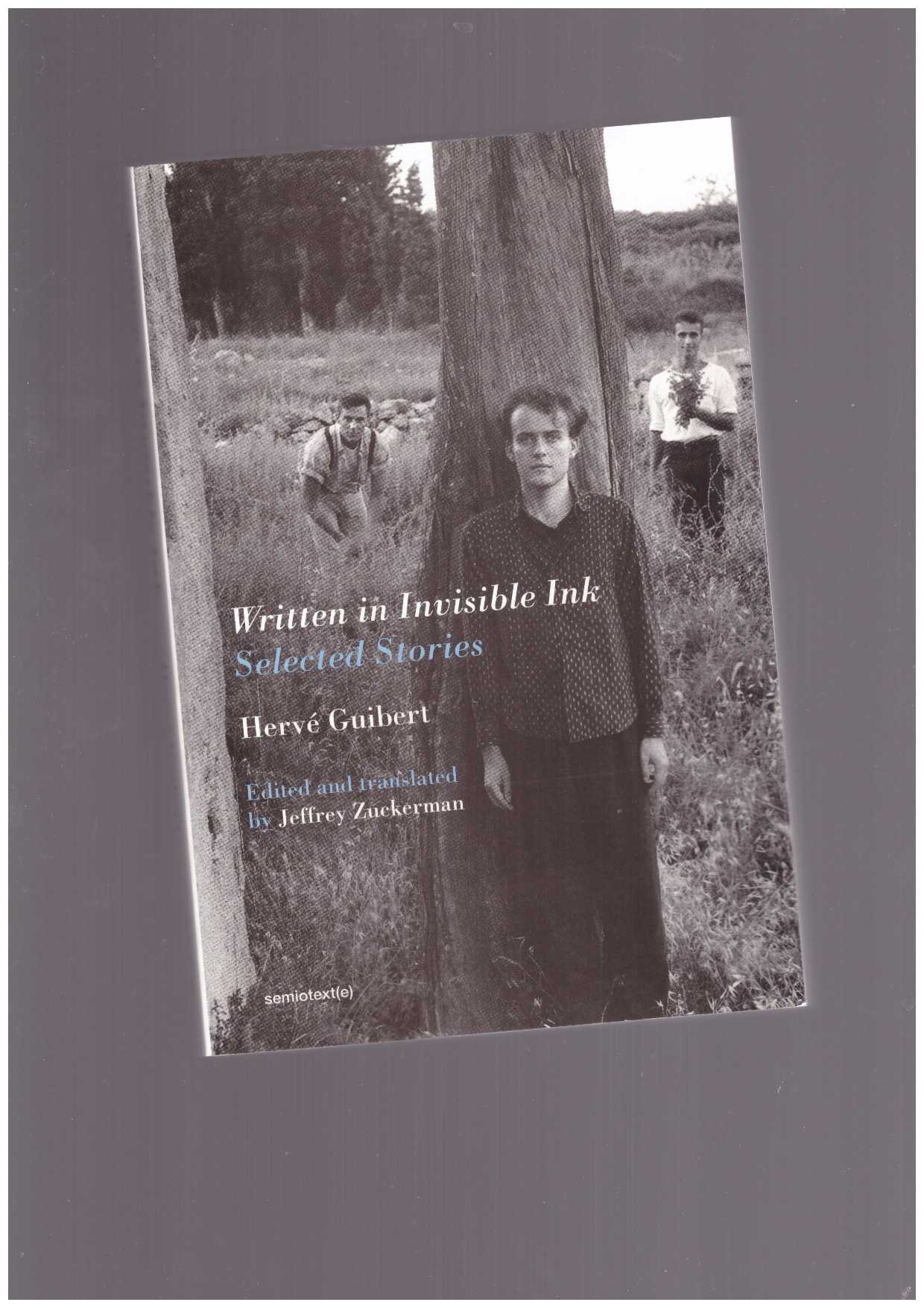