Various
What is Gender Nihilism?

A collection gathering readings for discussions on ending gender oppression, not by the proliferation or liberation of gender(s), but by its catastrophic cancellation. The reader brings together writings as old as 1883 and as recent as 2015, juxtaposing nihilist, radical feminist, queer, trans, anticolonial, communizing, and insurrectionary approaches with other unclassifiable textual/existential disruptions.

Many of the readings are out of print or have only appeared online or in zine form, and include Adrienne Rich, Monique Wittig, Michel Foucault, Judith Butler, A.R. Stone, Paul B. Preciado, the entities known as Radicalesbians, Gender Mutiny, Baedan, Ehn Nothing, Laboria Cuboniks, and as always, Anonymous. Also includes "My Preferred Gender Pronoun is Negation," "Gender Nihilism," by Alys Rowe, and the gender nihilism anti-manifesto that inspired the collection. [publisher's note] 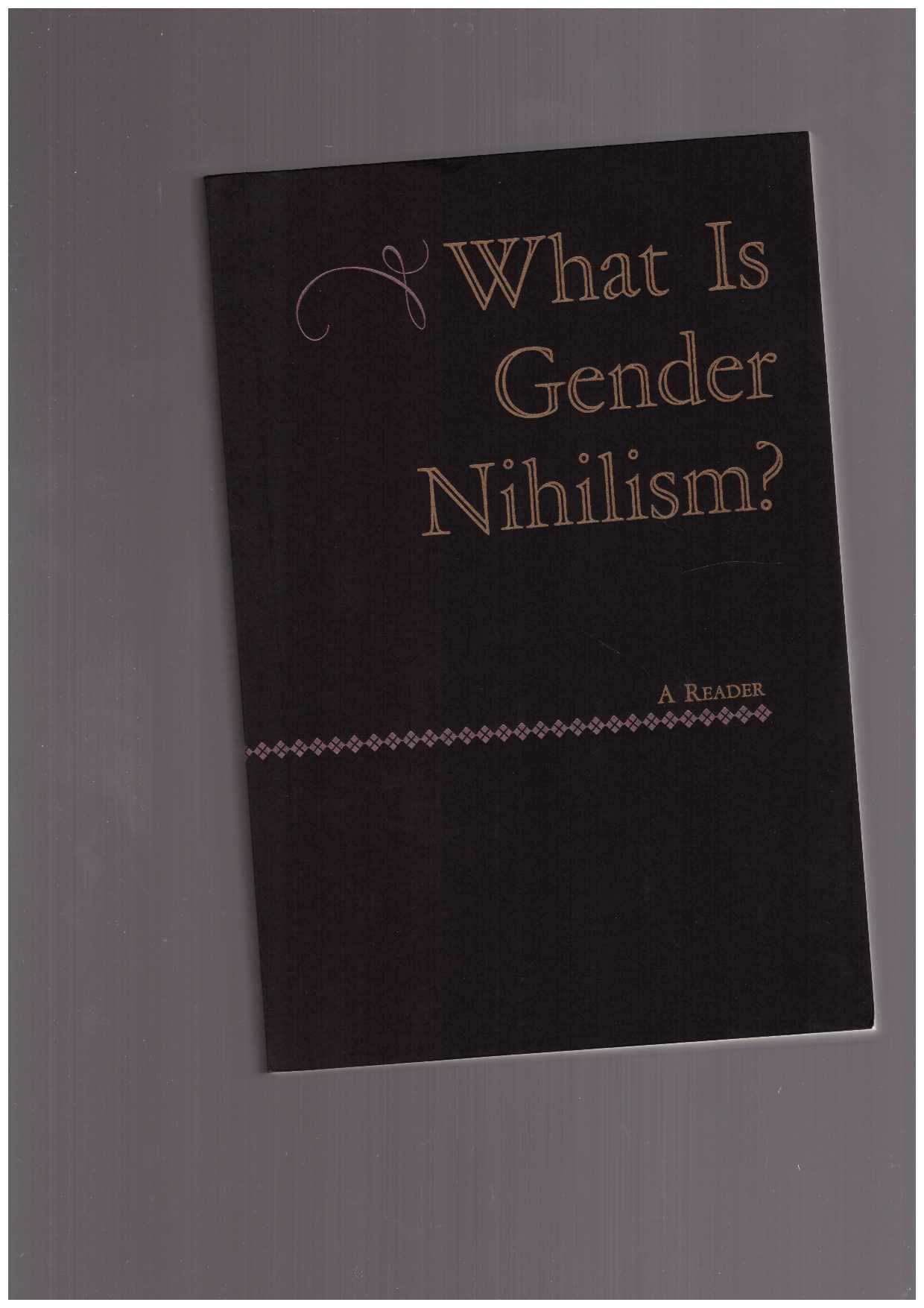