HaFI 010 features three texts: an autobiographical essay by Dütsch on his work at the WDR film unit; a concise, as yet unpublished essay on Farocki's film As You See (1986) and a Farmer's review of the book Lola Montez. A film story written by Dütsch and Martina Müller. The booklet also contains a selected bibliography of Dütsch's writings and an extensive list of film and film series he supervised at WDR. [publisher's note] 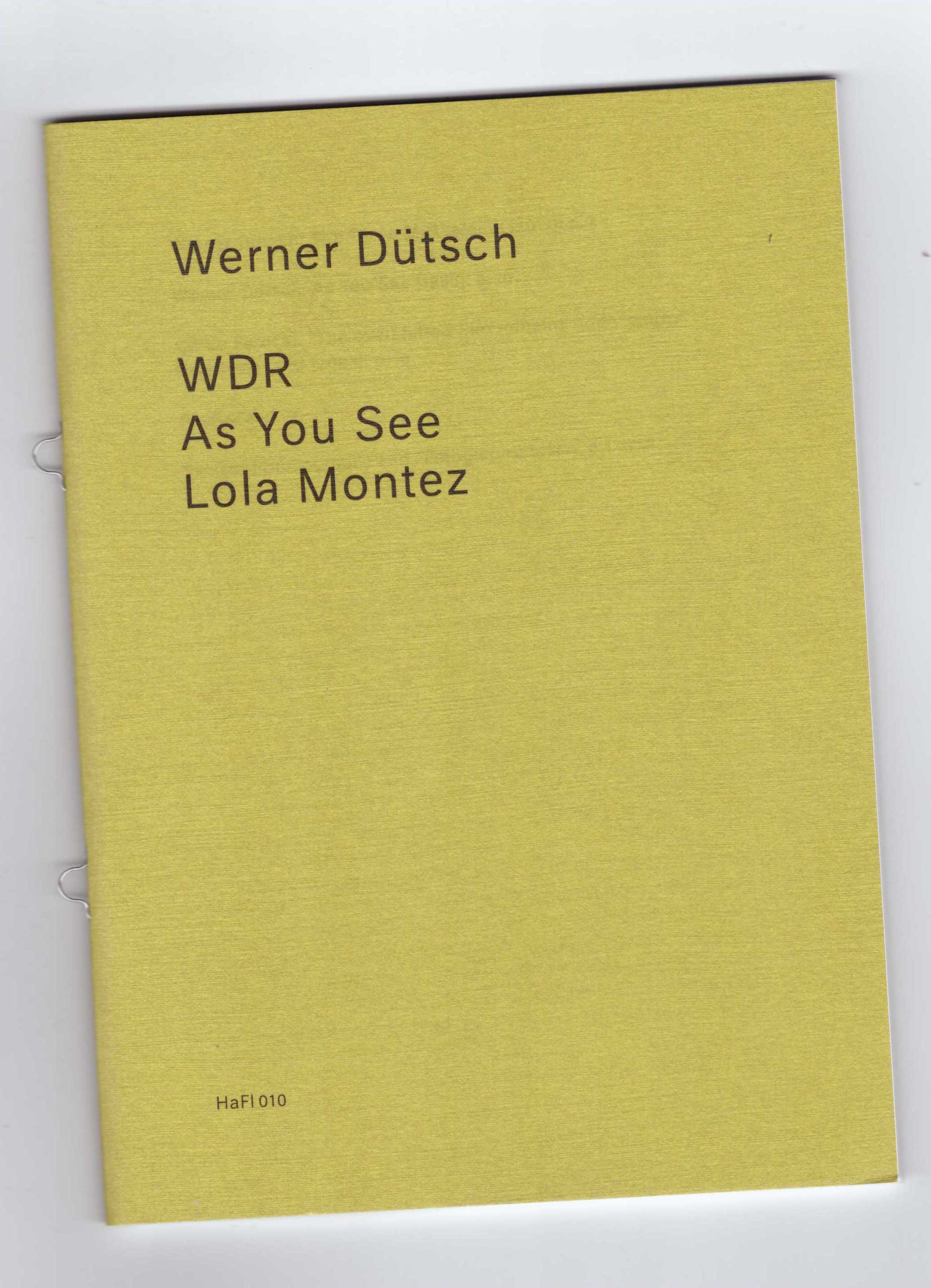