“I put my ear to the engine block and actually heard the delicate, little voices of women singing somewhere deep in the transmission.”
—Thomas Bayrle

Recorded in a textile weaving factory in Schwalmstadt Trutzhain, Germany, WARP WEFT is a collaborative sound work by Frankfurt-based artists Thomas Bayrle and Bernhard Schreiner. The LP consists of three audio pieces, each made using multiple in-sync microphones that were focused on a specific historical machine; a Dornier rapier loom from the 1980’s; a Hacoba weft winding machine from the 1950’s; and a loom with shuttles, equipped with a jacquard attachment from the late 1940’s, notable for its importance in the development of programmable machines pivotal to early computing.

In 1958 Bayrle apprenticed at a weaving factory, a formative experience that continues to inspire his practice today. Bayrle recalls that, “the sound from the looms was often more important than what they produced.” Bayrle and Schreiner have collaborated on sound installations and sculptures that utilize motors in combination with recorded sound. Audio releases together include Rosenkränze, 2012, published by Walther König, and a 7-inch titled Rosenkranz, published by Galerie Mezzanin, Vienna, 2010. [publisher’s note] 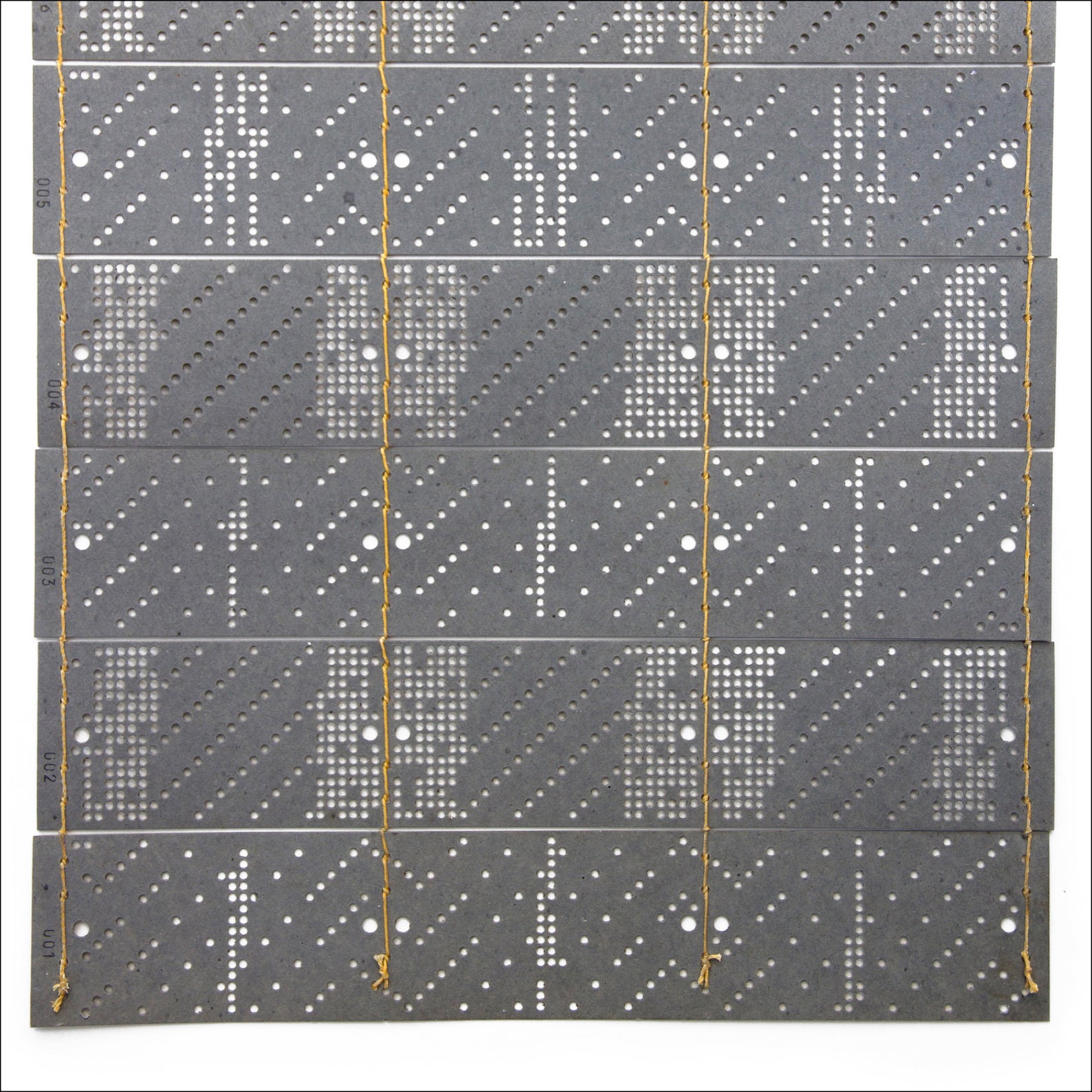