Composed between destinations, in airplanes, trains, museums, and bars over three years, Jeanne Graff's Vzszhhzz captures the slight intersections of a loose group of artists and lawyers, restauranteurs, philosophers, wine-makers and boxers whose lives are conducted almost entirely in a second language. A loose chronicle masquerading as a novel, Vszhhzz—like Michèle Bernstein's All The King's Horses, the Bernadette Corporation's Reena Spaulings, and Natasha Stagg's Surveys—couches Graff's sharp observations in a laconic and ambient style. By not saying too much, Vzszhhzz says everything about the relation to time, cities, weather and smog that has become the lingua franca of a creative and transient life. [publisher's note] 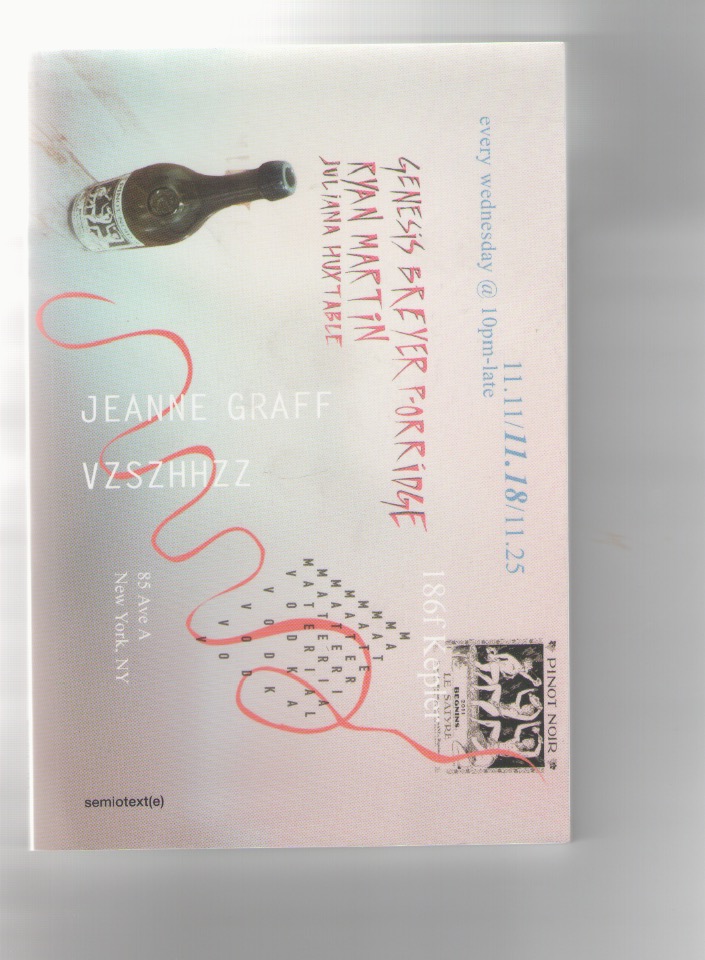