PERLOFF, Marjorie
Unoriginal Genius: Poetry by Other Means in the New Century

What is the place of individual genius in a global world of hyper-information— a world in which, as Walter Benjamin predicted more than seventy years ago, everyone is potentially an author? For poets in such a climate, "originality" begins to take a back seat to what can be done with other people’s words—framing, citing, recycling, and otherwise mediating available words and sentences, and sometimes entire texts. Marjorie Perloff here explores this intriguing development in contemporary poetry: the embrace of "unoriginal" writing. Paradoxically, she argues, such citational and often constraint-based poetry is more accessible and, in a sense, "personal" than was the hermetic poetry of the 1980s and 90s.

Perloff traces this poetics of "unoriginal genius" from its paradigmatic work, Benjamin’s encyclopedic Arcades Project, a book largely made up of citations. She discusses the processes of choice, framing, and reconfiguration in the work of Brazilian Concretism and Oulipo, both movements now understood as precursors of such hybrid citational texts as Charles Bernstein’s opera libretto Shadowtime and Susan Howe’s documentary lyric sequence The Midnight. Perloff also finds that the new syncretism extends to language: for example, to the French-Norwegian Caroline Bergvall writing in English and the Japanese Yoko Tawada, in German. Unoriginal Genius concludes with a discussion of Kenneth Goldsmith’s conceptualist book Traffic—a seemingly "pure’" radio transcript of one holiday weekend’s worth of traffic reports. In these instances and many others, Perloff shows us "poetry by other means" of great ingenuity, wit, and complexity. [publisher's note] 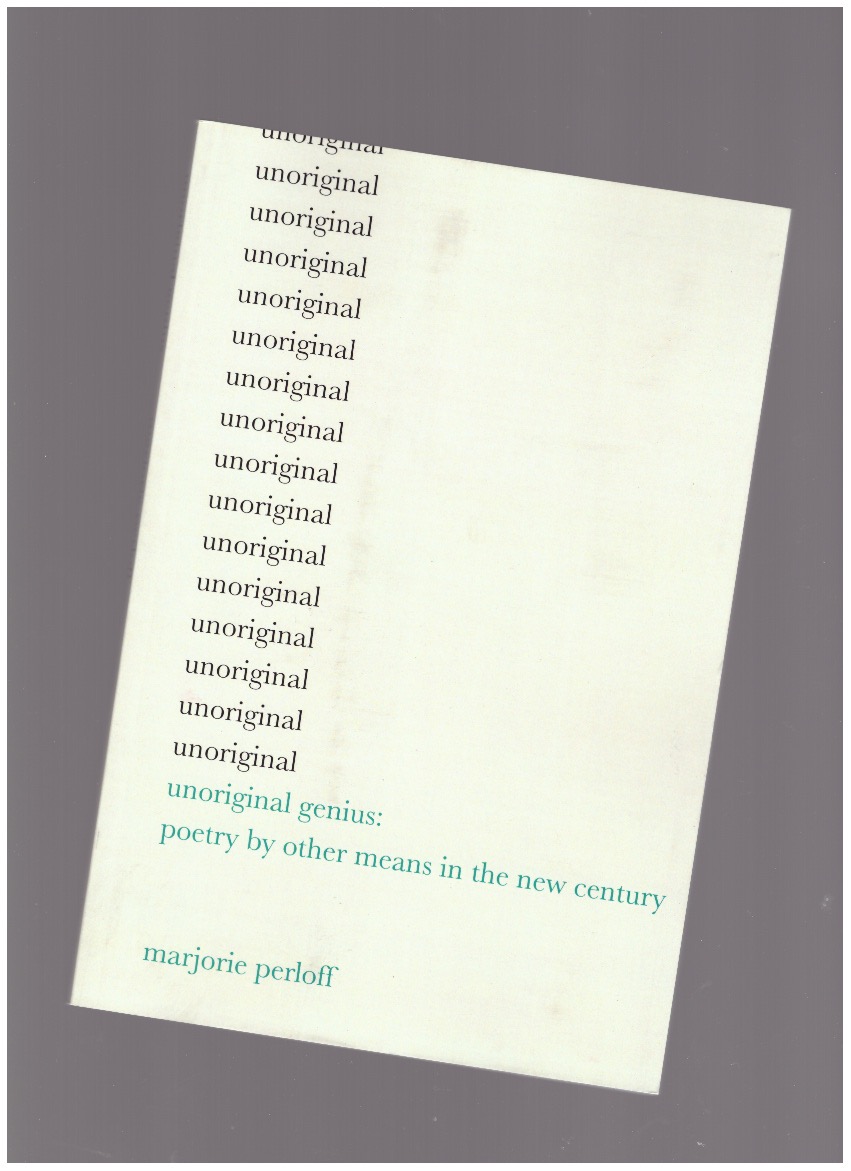