Over twenty-five years of engagement, somewhere in the borderlands between journalism and the academy, Robin Kinross has written for magazines and journals, making a case for typography as a matter of fine detail and subtle judgement, whose products concern all of us, every day. This selection of his shorter writings brings his major themes into focus: the unsung virtues of editorial and information design, the fate of Modernism in the twentieth century, the work of dissident and critical Modernist designers, the contributions of emigré designers from Europe in the English-speaking world, the virtues of a socially-oriented design approach.

He argues for a design that is of use in the world, and against the cult of design and the delusions of theory. Pieces move from patient exposition, to sharp critique, to warm appreciation. This book presents an unexpected body of writing, which stakes out fresh territory between the purely academic and the merely journalistic. The whole is an unusual and powerful contribution to the subject of typography. [publisher’s note]

This new edition of Unjustified texts is republished after the second edition, published by Hyphen Press in 2011. 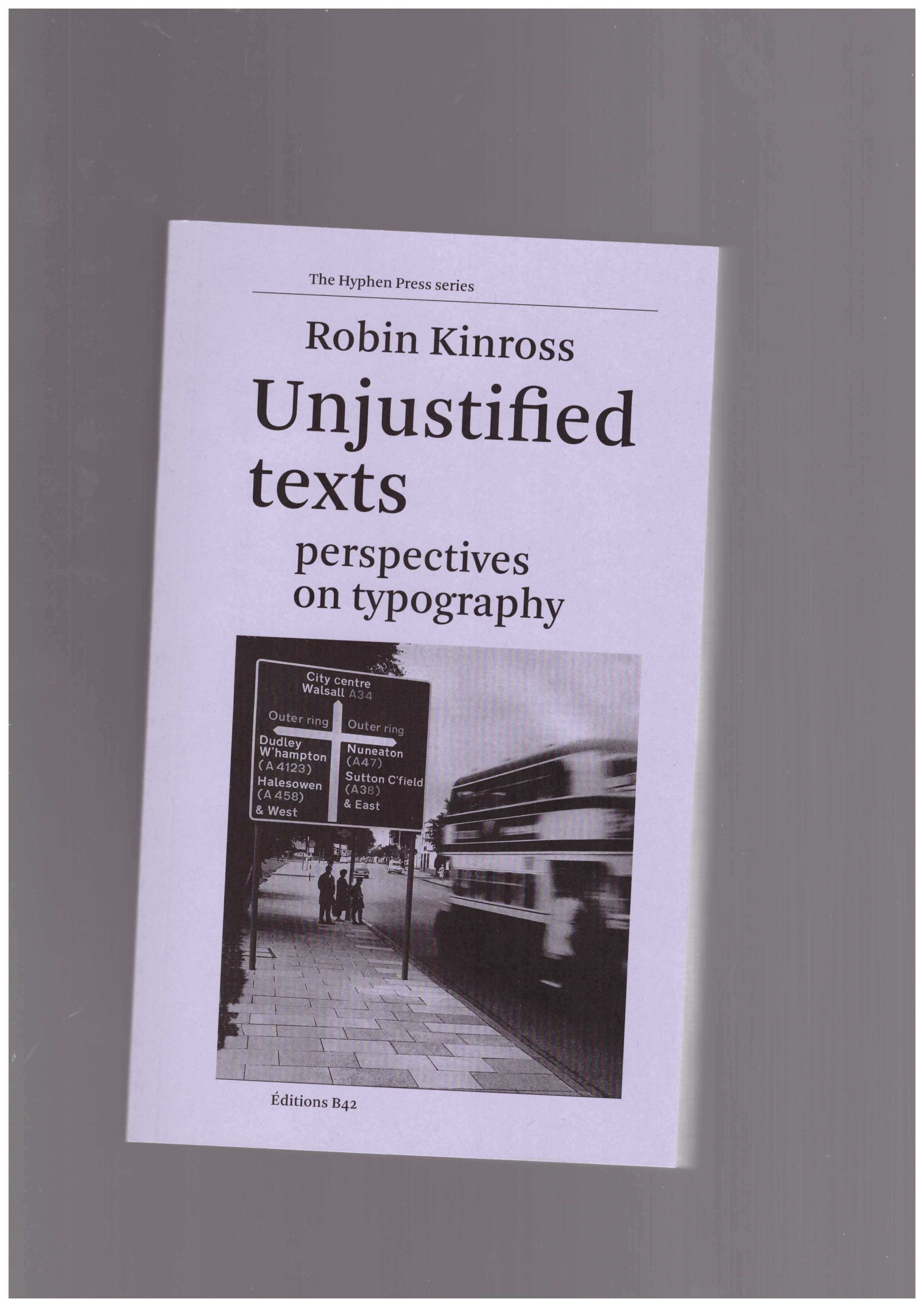