Molecular typography is the study of the chemical and physical underpinnings of letters. All characters are formed from seven basic atomic building blocks, known as typtoms. These typtoms come together in various combinations and configurations to form letters, numbers, and punctuation. Typtoms are not just theoretical tools for exploring the anatomy of type, but actual particles. Letters are molecules.

H.F. Henderson’s work, Understanding Molecular Typography, originally published in 1992, was a seminal work in the field. By condensing information pulled from nearly forty years of publications from the top molecular typographic scientists, Henderson made the science approachable to the everyday American for the first time. Part primer, part field guide, it lays out the basic principles, followed by detailed diagrams of the molecular formation of letters, numbers, and punctuation. A conclusion sums up the field of molecular typography to date, and a comprehensive bibliography provides valuable reference for the reader looking to learn more.

With the demise of the field of molecular typography as a whole in the mid-to-late ‘90s, (perhaps even due to its increased popularity brought on by Henderson’s work), Understanding Molecular Typography ran out of print, and has long since been forgotten. Peculiar as it may be, molecular typography is nevertheless a science worthy of being brought back to mainstream attention, if for no other reason than demonstrating humanity’s frequent scientific misconceptions throughout history. This reprint edition, with a new introduction by Woody Leslie, seeks to do just that. (publisher's note) 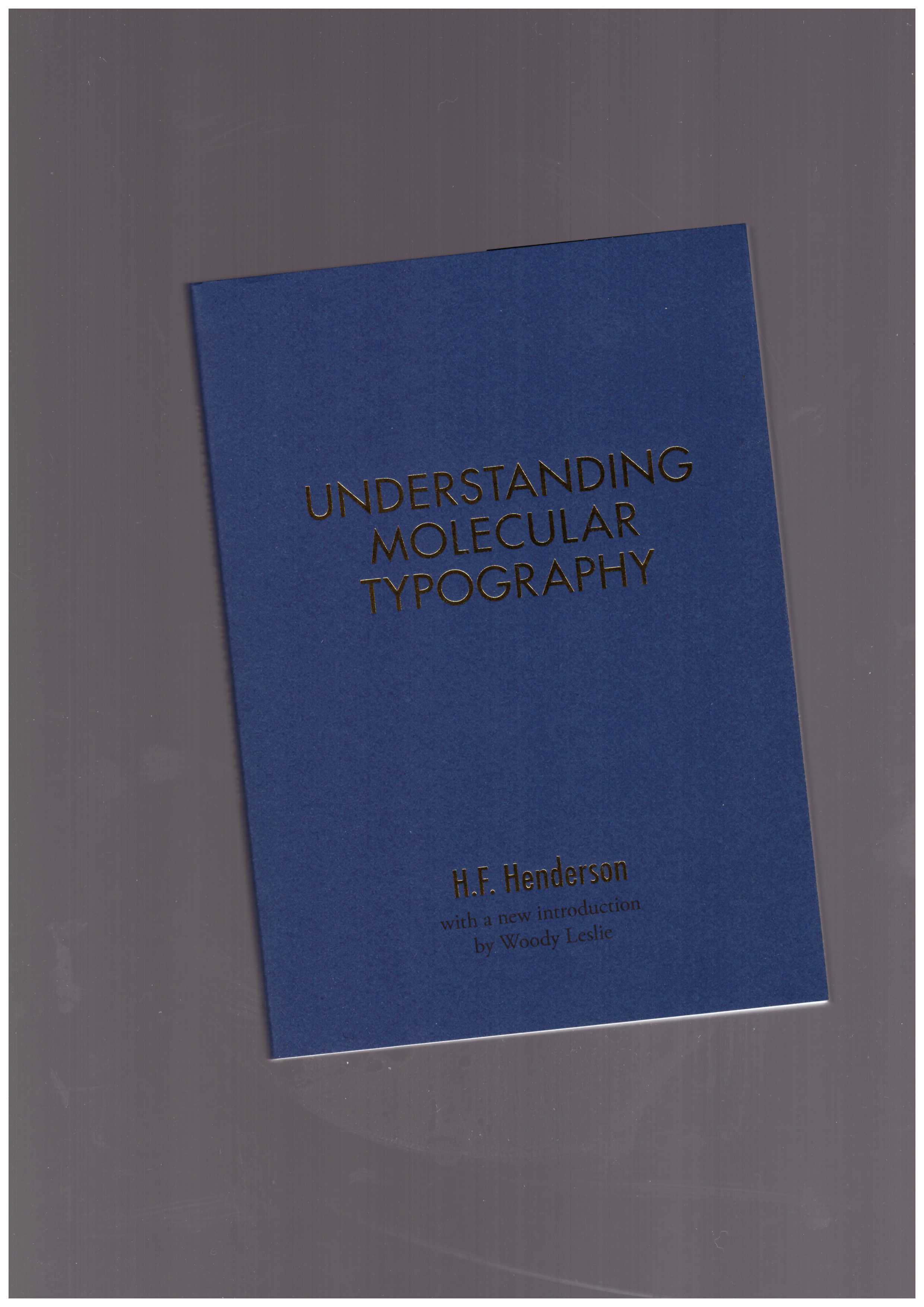