“Three years ago we suggested to Mattin the possibility of publishing a book containing all his texts to date. Mattin was a little reluctant since much of the material was already available online in one form or another. However, at that stage this material was both distributed and disorganised. With the help of Anthony Iles this material has been revised, edited, and is presented here alongside newly commissioned materials. This book contains texts, interviews and responses to performances in which Mattin has been involved, made between 2002 and 2010. Prior to this book’s production the different nature, means of publication and original languages of these texts have made access to them somewhat difficult. Here we collect them together for readers in order to facilitate access and make connections between material which is not necessarily always easy or coherent as a whole. Readers can explore the contradictions and problems themselves, thus these texts are open to critical thinking at odds with a landscape in which today people seem preoccupied by simply confirming their own sense of aesthetics through refinement and innovation.”—from the introduction by Taumaturgia. 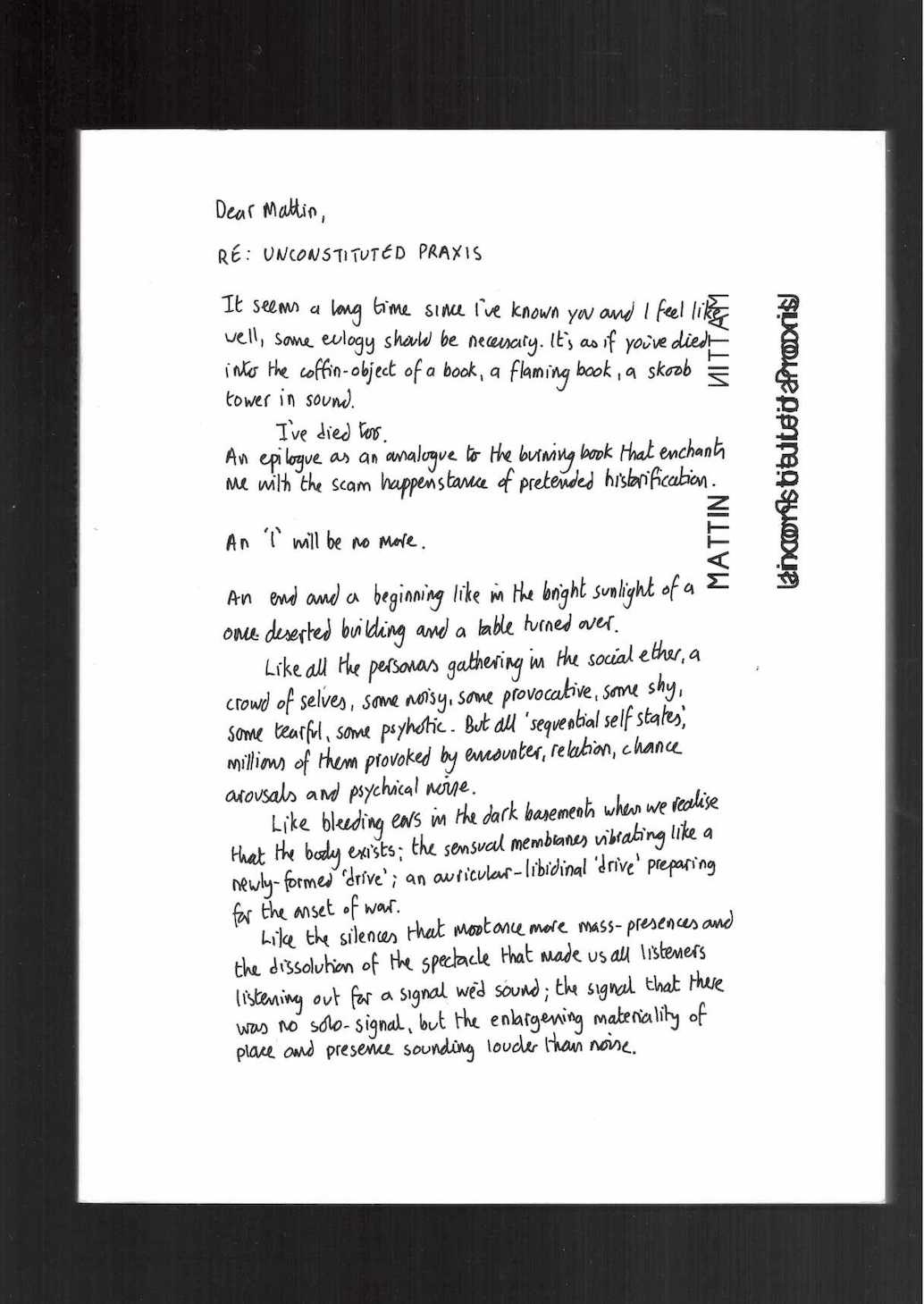