Tuesday’s Child was a short-lived “ecumenical, educational newspaper for the Los Angeles occult underground” published in Hollywood between November 1969 and April 1970. While perhaps not as successful or well-known as The Los Angeles Free Press or The East Village Other, this ragtag weekly nonetheless produced an eclectic and electric array of material: exposes on CIA activity in LA, a run-in with the Coast Guard at Alcatraz, lurid cartoons, demonology lessons, tips on starting your own coven - all threaded in an acerbic, lysergic vein.

Fifty years on, this volume stands as the tabloid’s first complete physical compilation and a fascinating primary perspective on some of the most tumultuous times in American history. [publisher's note] 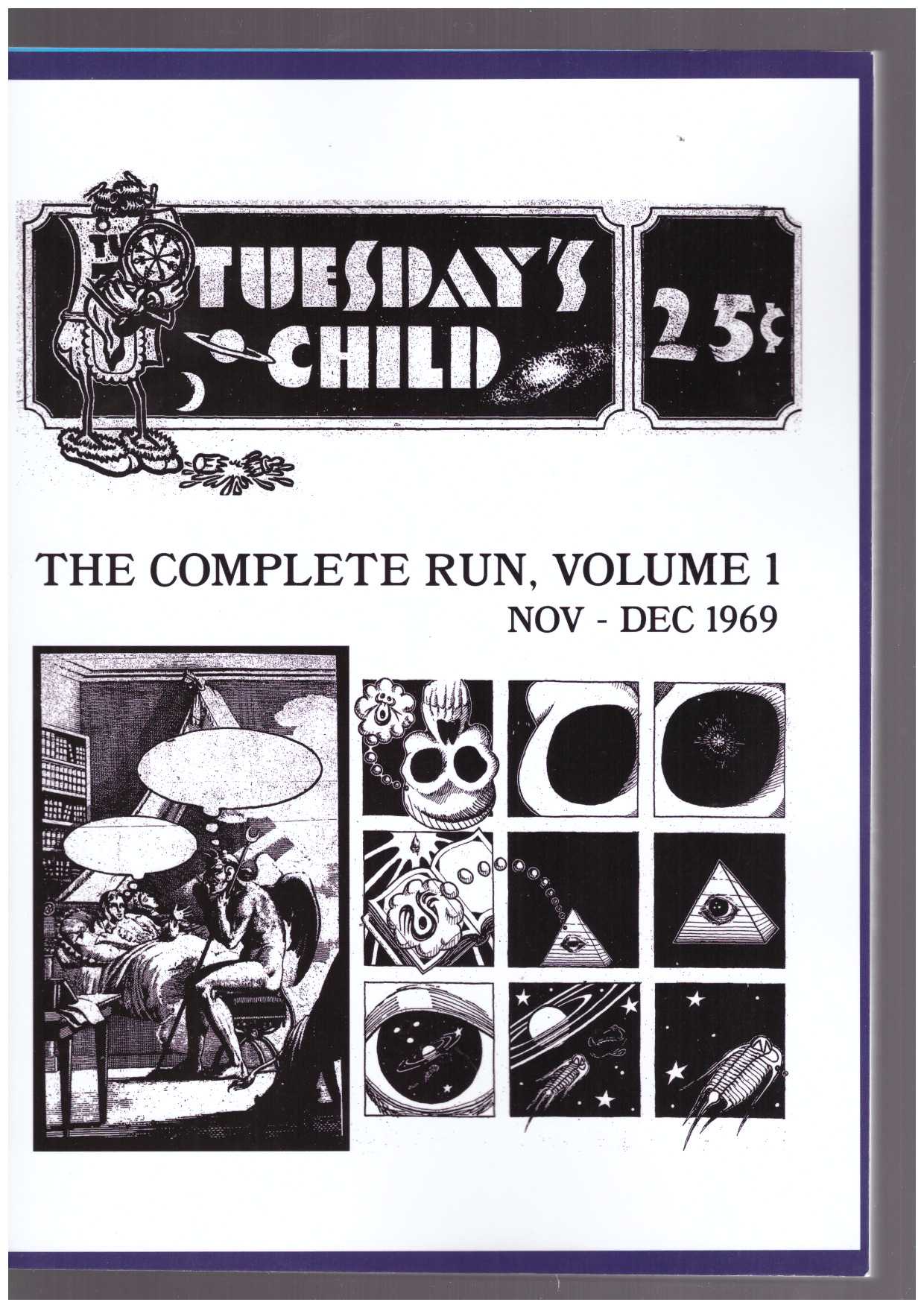