TOM TIT TOT is a selection of recent rectilinear poems by Susan Howe. It was produced on the occasion of her exhibition at Yale Union in 2014. 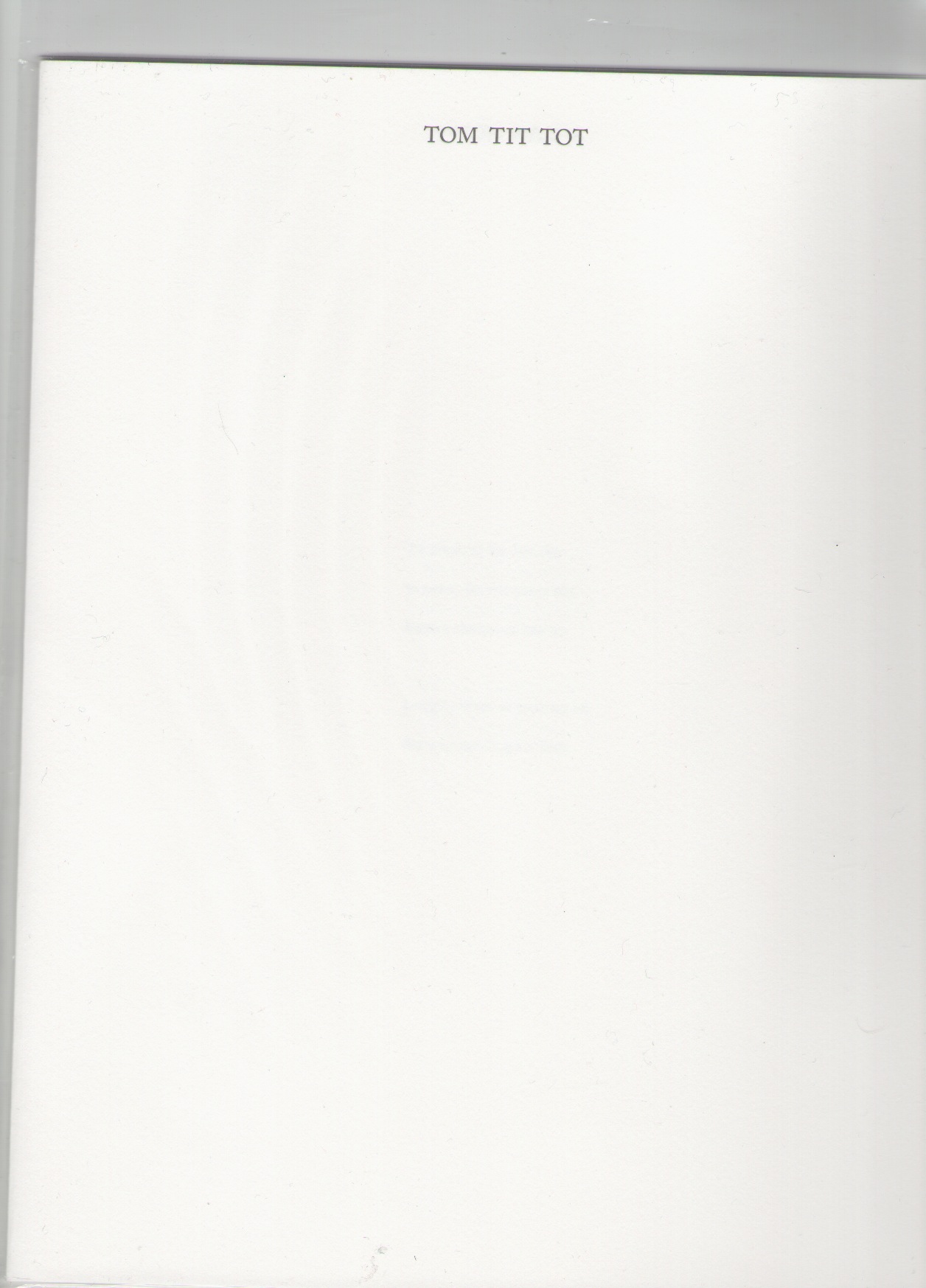