In De vulgare eloquentia, Dante developed a poetics of the vernacular – the collectively accessible speech of the household and the street, distributed unilaterally rather than intentionally acquired via a disciplined pedagogy of grammar, and transformed in open bodily exchange, irrespective of social position, gender or rank. “The vernacular,” Dante says, “[is] the language which children gather from those around them when they first begin to articulate words; or more briefly, that which we learn without any rules at all by imitating our nurses.” A vernacular is not structured according to a valuing hierarchy or an administration of history; it is improvised in tandem with the rhythmic needs and movements of a present-tense yet tradition-informed body among other bodies, each specific. There is no general vernacular; it is intrinsically grammarless. Vernacular speech can only ever begin and can never achieve closure. Refusing spatial propriety, it crisscrosses institutions. In Dante’s definition, it is what’s spoken by women and children, thus it is the first, and natural language: “The whole world uses it through its diverse pronunciations and forms”.

Lisa Roberston’s reflection of political subject formation, through poetry and vernacular forms, acts as a critical anchor for the ideas and experiments published in Dialecty. 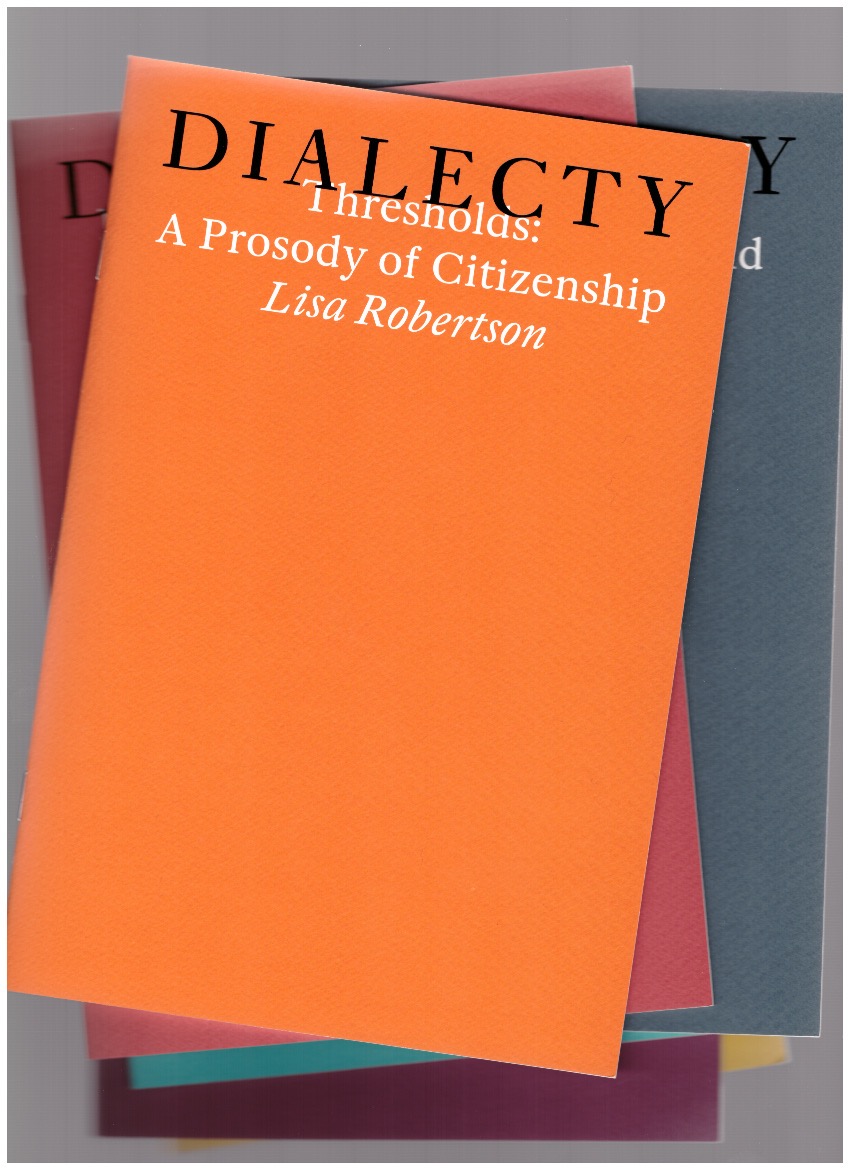