COOLIDGE, Clark
This time we are both

This Time We Are Both is a previously unpublished work that dates back to the publication of such seminal Clark Coolidge books as The Crystal Text, At Egypt, and Odes to Roba. Based on his first trip to the Soviet Union as he followed the itinerary of the Rova Saxophone Quartet 1989 tour of Leningrad, Vilnius, Riga, Tallinn, Tartu, and Moscow, This Time We Are Both uses a dense stream-of-conscious style that employs a fragmentary, often reverse syntax that is a hallmark of Coolidge's poetics. Phrases and images leaps between lines to evoke a heady mix of anxiety and paranoia that document and respond to the collapse of the Soviet Union and a city on the verge of starvation and deterioration. [plushier's note] 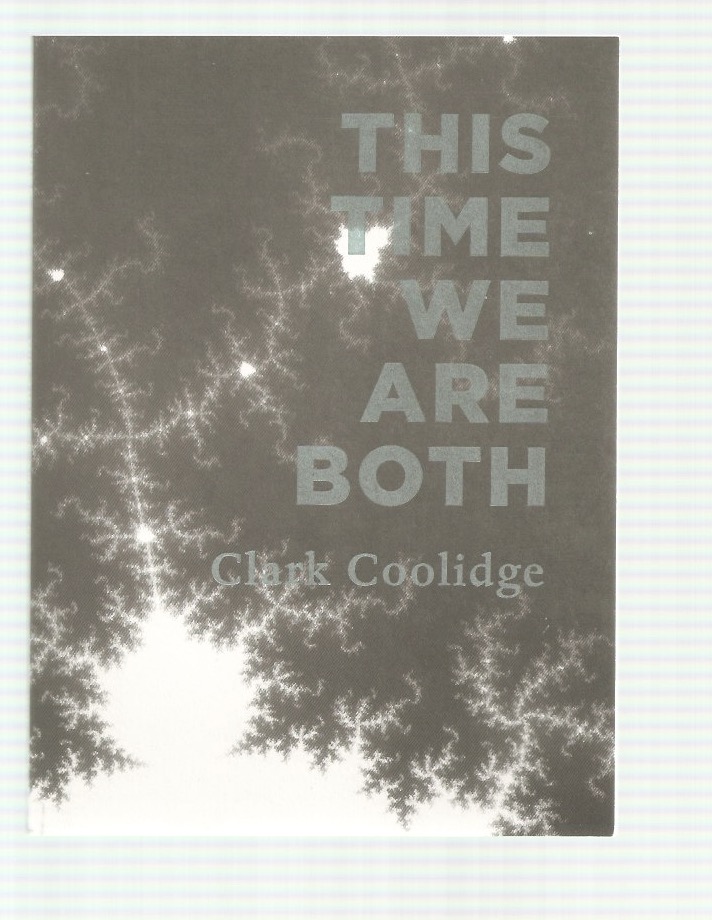