Imagine a world without things. There would be nothing to describe, nothing to explain, remark, interpret, or complain about. Without things, we would stop speaking; we would become as mute as things are alleged to be. In nine original essays, internationally renowned historians of art and of science seek to understand how objects become charged with significance without losing their gritty materiality. True to the particularity of things, each of the essays singles out one object for close attention: a Bosch drawing, the freestanding column, a Prussian island, soap bubbles, early photographs, glass flowers, Rorschach blots, newspaper clippings, paintings by Jackson Pollock. Each is revealed to be a node around which meanings accrete thickly. But not just any meanings: what these things are made of and how they are made shape what they can mean. Neither the pure texts of semiotics nor the brute objects of positivism, these things are saturated with cultural significance. Things become talkative when they fuse matter and meaning; they lapse into speechlessness when their matter and meanings no longer mesh. Each of the nine objects examined in this book had its historical moment, when the match of this thing to that thought seemed irresistible. At these junctures, certain things become objects of fascination, association, and endless consideration; they begin to talk. Things that talk fleetingly realize the dream of a perfect language, in which words and world merge. [publisher's note] 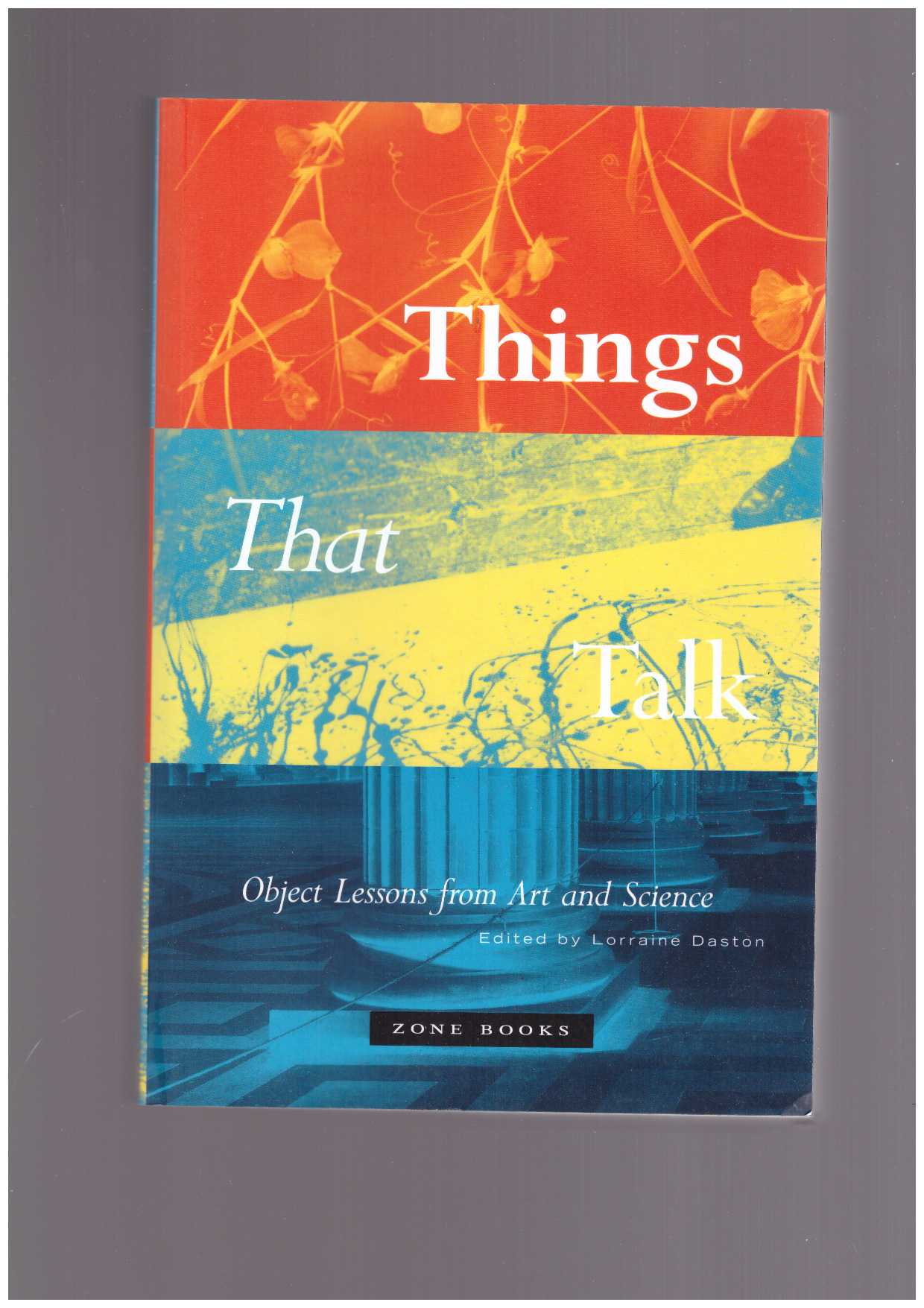