This artist’s book presents Michael Riedel’s spectacular early work, The Signetic Drawing. In 1994, soon after beginning his studies in Düsseldorf, Riedel formed a monogram from the first letter of his first name. Initially intended as a signature, the signet remained functionless, however, as at the time the artist had no works worthy of signing to show for himself. Thus rather than signing an artwork, the signing itself became art. The publication not only provides insights into the logic of an infinitely self-conceiving art production. What is more, whether in the form of single sheets or 36 wax books or mounted in frames set into the wall around a monumental table installation in an arrangement premiered at the Museum Angewandte Kunst, its 1,000 drawings take on a plasticity of striking presence. [publisher’s note] 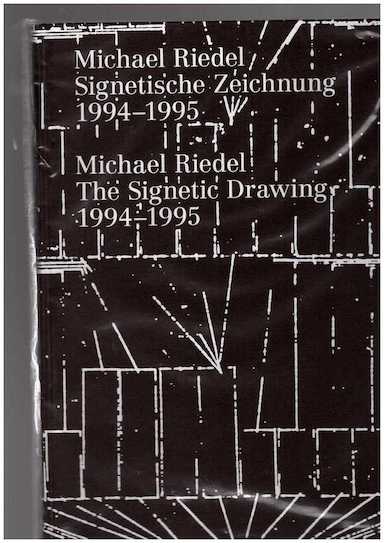