SLOANE, William
The Rim of Morning

In the 1930s, William Sloane wrote two brilliant novels that gave a whole new meaning to cosmic horror. In To Walk the Night, Bark Jones and his college buddy Jerry Lister, a science whiz, head back to their alma mater to visit a cherished professor of astronomy. They discover his body, consumed by fire, in his laboratory, and an uncannily beautiful young widow in his house—but nothing compares to the revelation that Jerry and Bark encounter in the deserts of Arizona at the end of the book. In The Edge of Running Water, Julian Blair, a brilliant electrophysicist, has retired to a small town in remotest Maine after the death of his wife. His latest experiments threaten to shake up the town, not to mention the universe itself. [publisher's note] 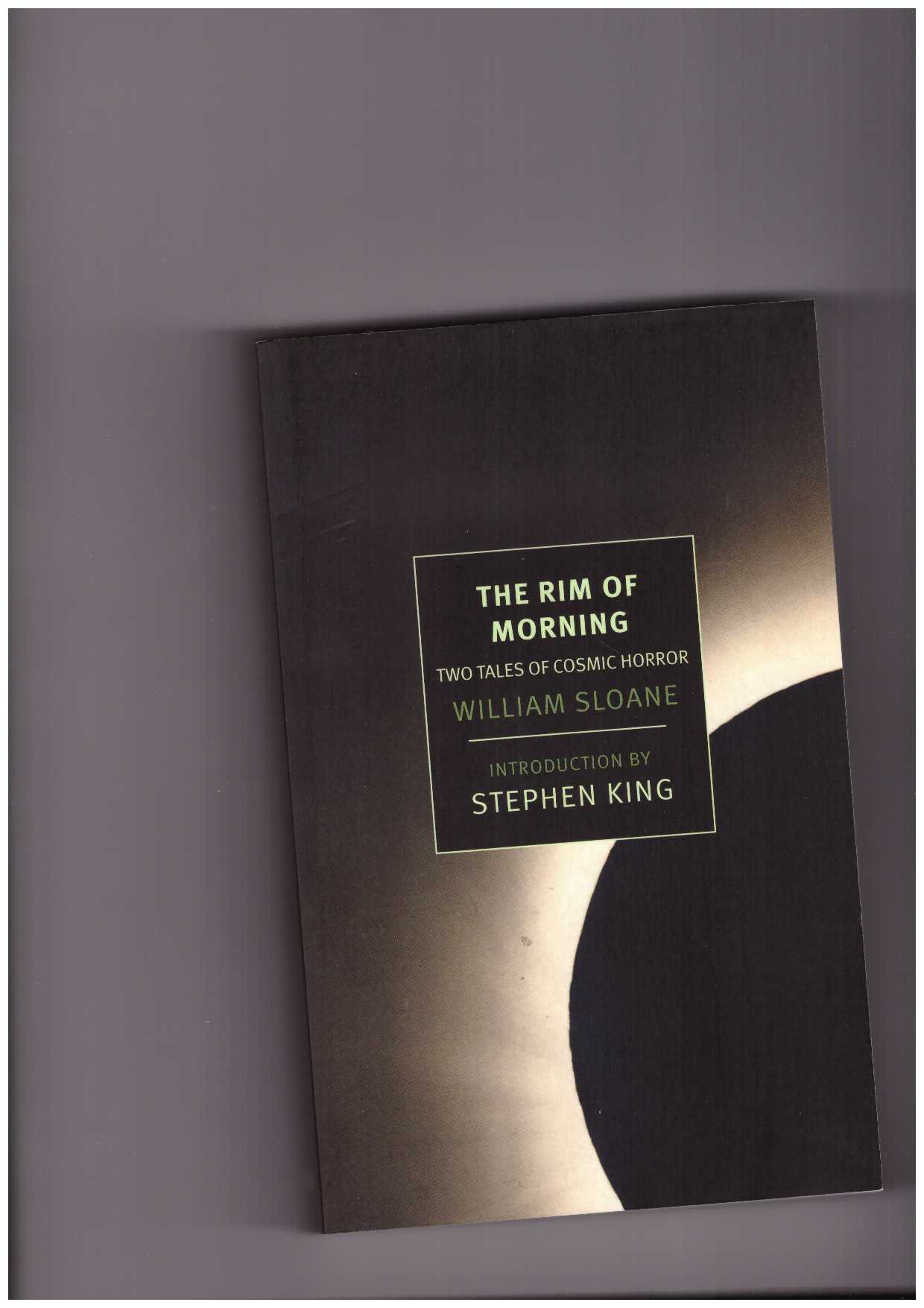