KNABB, Ken
The Relevance of Rexroth

A critical appreciation of Kenneth Rexroth (1905–1982), the great San Francisco poet, essayist and social critic by situationist writer-translator Ken Knabb. A life-long iconoclast, Rexroth railed against the dominance of the east-coast "literary establishment" and bourgeois taste that was corrupting American poetry. While he refused to consider himself a Beat poet, his influence as champion of anti-establishment literature paved the way for others to write poems of social consciousness and passionate political engagement. His greatest contribution to American poetry may have been in opening it to Asian influences through his mystical, erotically charged poetry and superb translations. [publisher's note] 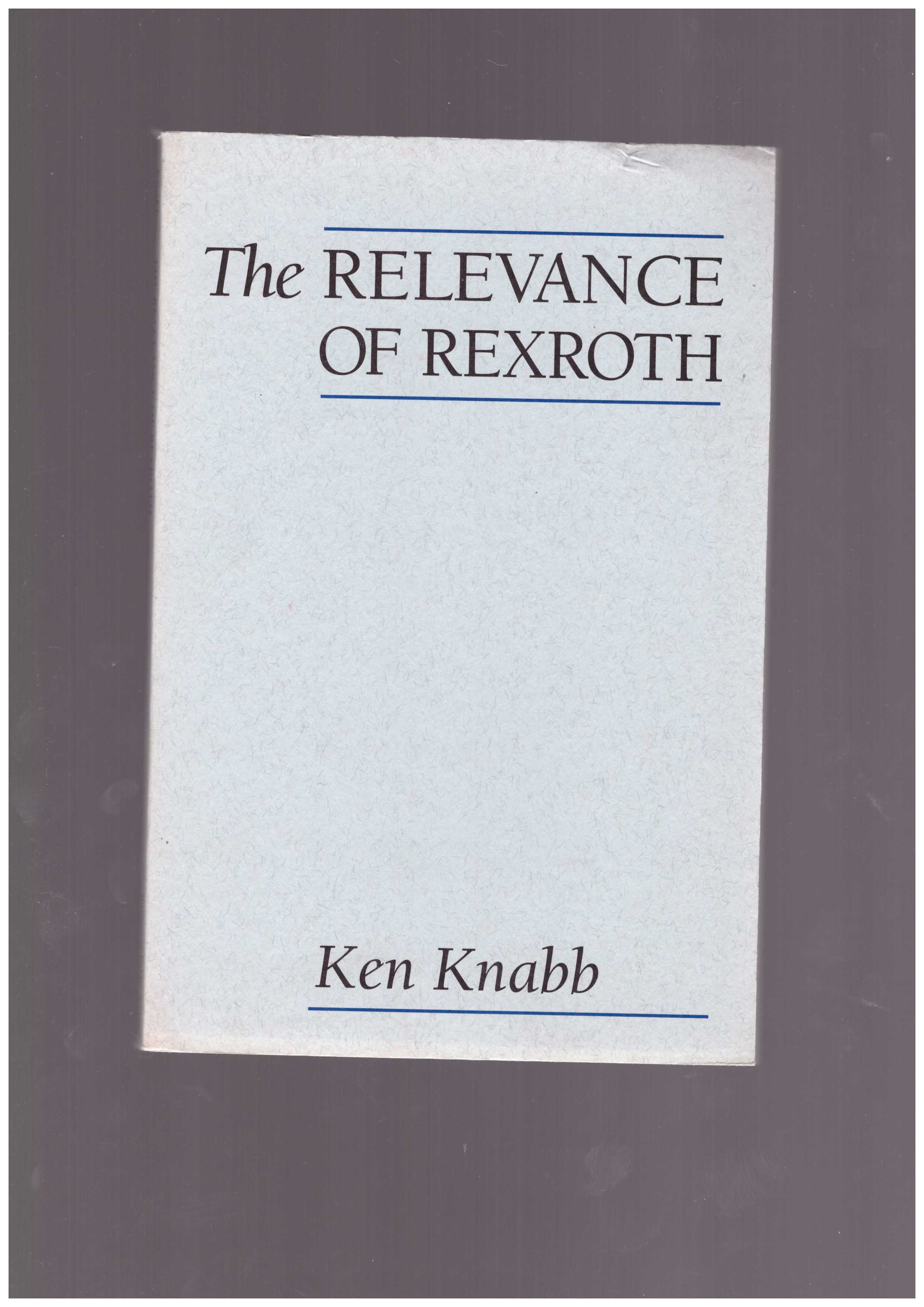