The Posttraumatic is a newspaper created by creatives and artists. Why a newspaper? We believe that a newspaper is an important link between our social reality (built over the centuries by three-headed monsters and the occasional fairy godmother) and the individuals who live in it, because it is an essential communication element and because its content is a fucking drama almost always.

When Ulrich Beck, a literate man, assures us that “the media does not respond to the inspiration of the enlightenment but to that of the market and capital” we can only read the news with a distrustful and defenseless frown. Uncle Sam manipulates us to his likings and we satisfy our appetites by feasting on his words as if they were cocaine-coated cookies that only serve to fatten the need to win over arguments at our neighbor’s dinner-table conversations. We do not know if the information we swallow is invented, bought, if they are news clippings curated by a 4channer´s paranoid imagination, or if it is an objective, absolute, eternal truth.

The newspaper is a very common object around us that needs to be reviewed and, the one that you have in your hands, although it does not pretend to be ideal, intends to be a breath of fresh air.

Based on these fatalistic, dramatic and somewhat depressing theories on news and their consumption, 39 artists were contacted and each one was granted with a space, a sort of an article, to do whatever they wanted with it. It has not been intended to generate any specific ideological discourse and there is no gift flag.

The concept of the newspaper has served us as a starting point but we don’t know if we would know how to define the result. Any description could seem reductionist, so we are going to limit ourself to saying that it is the outcome of an experiment and, although this description is unsatisfying, it is the only one that we dare to give. [publisher's note] 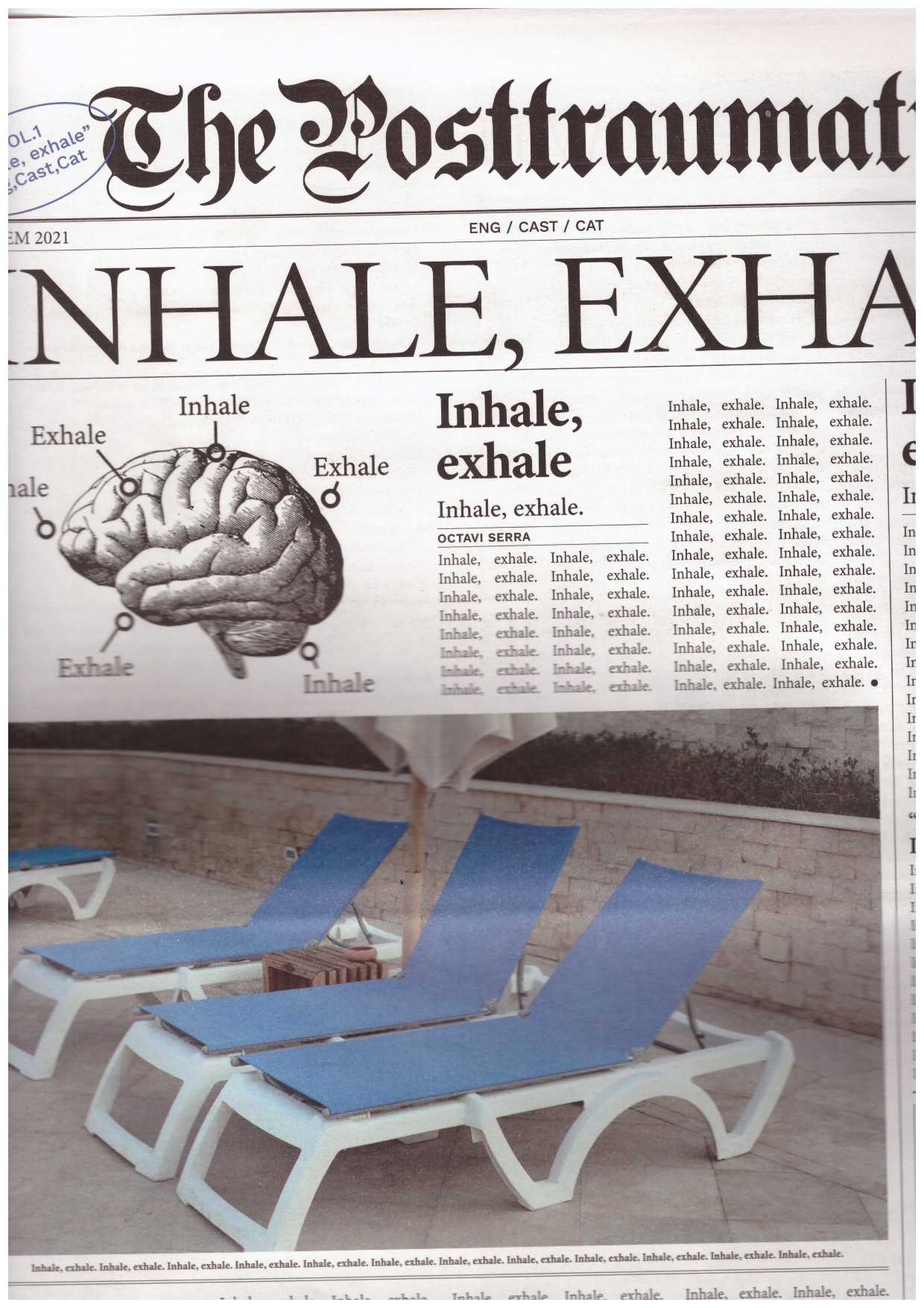