This volume, a collaborative project between Forensic Architecture and Cabinet, investigates the shooting of Mark Duggan, who was killed on the evening of 4 August 2011 by police in north London after the minicab in which he was traveling was pulled over by a team of undercover officers. The team had begun following Duggan shortly after receiving intelligence that he was in possession of a gun, and the officer who shot him testified that he had seen, for a “split second,” Duggan aiming the gun at him after he had exited the minicab. However, the gun was not found next to Duggan’s body on the pavement. According to the police, they discovered it eight minutes later in a patch of grass some seven meters away.

After a coroner’s inquest ruled Duggan’s killing “lawful” and the police watchdog organization issued a report siding with the officers’ version of events, the Duggan family’s legal team commissioned Forensic Architecture to conduct an investigation into the critical question at the heart of the case: How did the gun end up in the grass? With no video footage of the shooting itself, Forensic Architecture had to rely primarily on the written and oral testimony of the officers involved to develop a spatial investigation designed to test the plausibility of the police’s narrative and to examine whether the officers themselves could have planted the gun.

In addition to detailing the methodologies employed and conclusions reached by Forensic Architecture, this volume offers a selection of the primary documents used for the investigation; an introduction by Eyal Weizman, director of Forensic Architecture, analyzing the notions of “pre-emption” and “split-second decision making,” which are often invoked to defend police killings of Black people; a roundtable with scholar Adam Elliott-Cooper, activists Temi Mwale and Stafford Scott, attorney Marcia Willis Stewart, and Weizman on the complex colonial and legal histories that have shaped the policing of Black Britons in the postwar era; and the transcript of a speech by Scott on the struggle for justice for those who have died as a result of racialized policing. 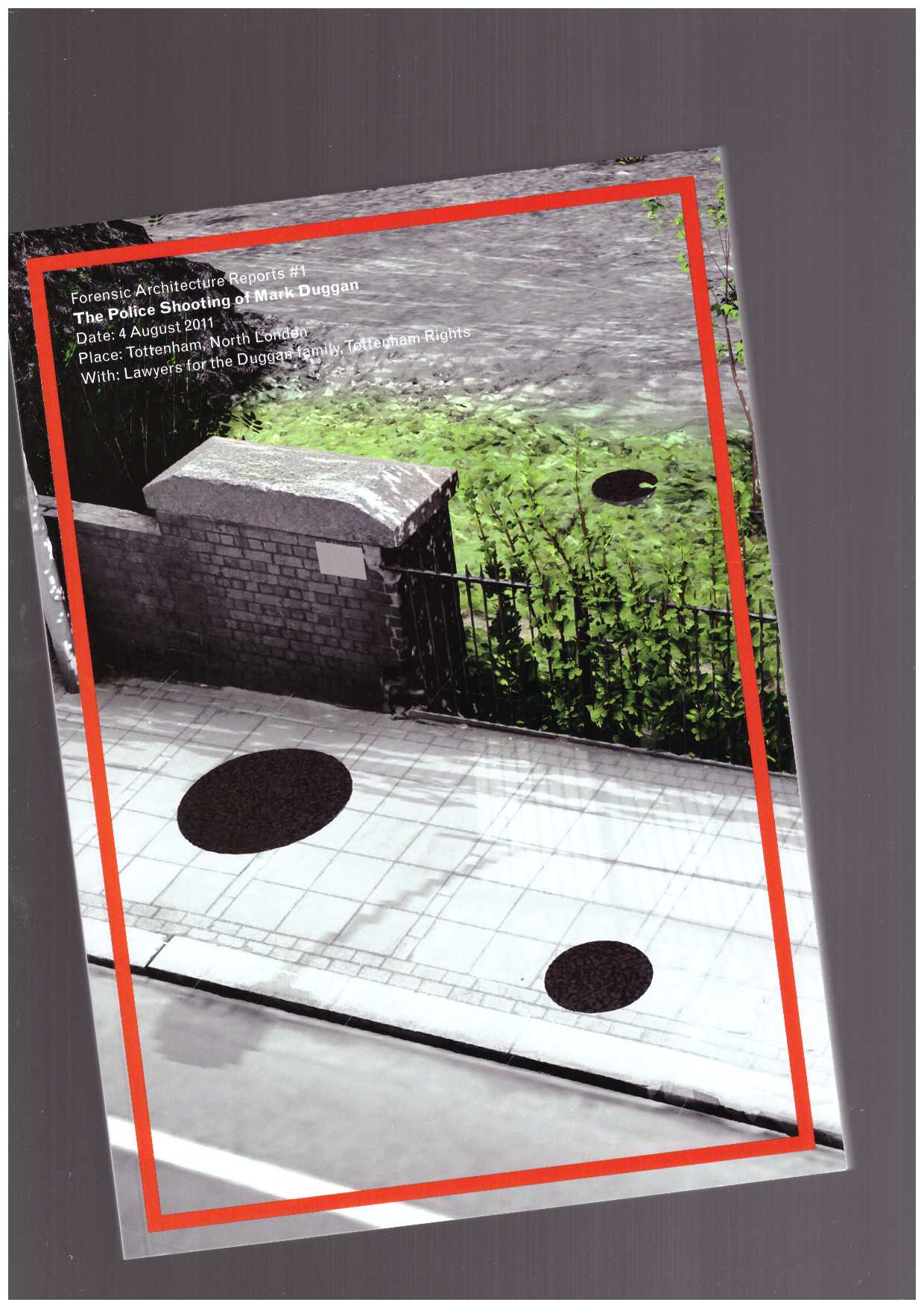