THE PARTICLES (of White Naugahyde) is the first publication of a play by William Leavitt (b. 1941). Leavitt is one of the pioneers of conceptual art in Los Angeles, helping significantly to establish the genre in the late 1960s and the 1970s. His works make use of narrative elements drawn from LA architecture and popular culture as well as from the movie and television industries. The artist works in various media, including sculpture, painting, drawing, photography and theatre.

Framed as a sitcom setting, the narrative of THE PARTICLES (of White Naugahyde) tells the story of a family auditioning for a NASA program, which sends them to a newly planned space colony. The demanding admission process makes them live in a security-free community in the desert together with other applicants. These two weeks in the desert result in anxiety and anti-social behavior among the participants. [publisher's note] 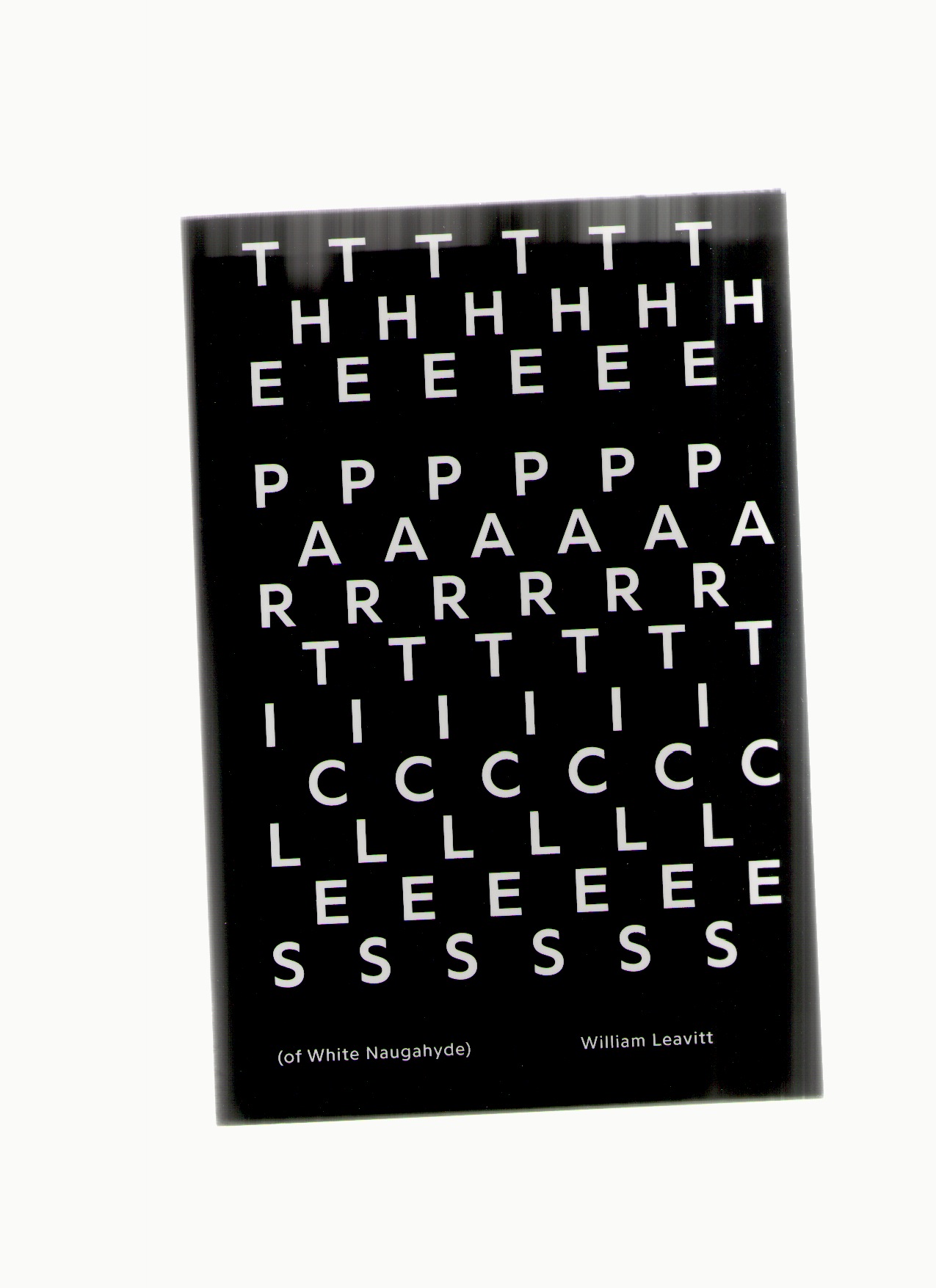 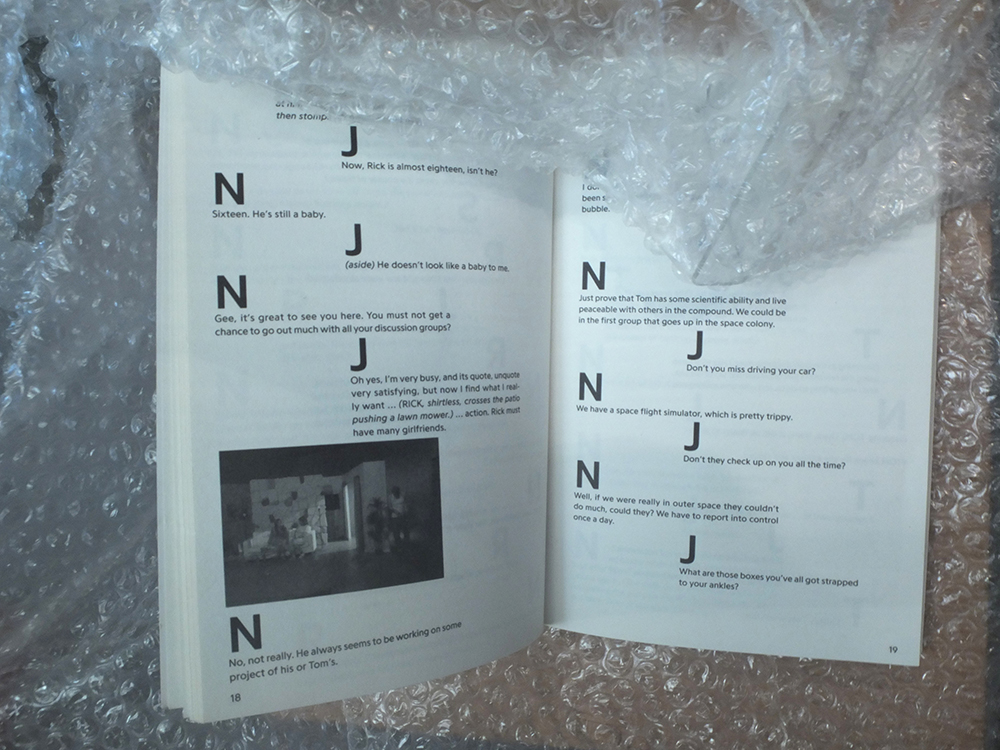