When Yoshi Tsukamoto and Momoyo Kaijima of the Tokyo-based firm Atelier Bow-Wow arrived at the Harvard University Graduate School of Design as guest professors, in the winter of 2016, they challenged students to deeply consider their surroundings and record their reactions as a large pencil drawing. In this “public drawing” time is suspended and expanded; futures, presents, and pasts converge; and the act of drawing becomes an instrument of dialogue and engagement.
Tsukamoto and Kaijima later spoke about the project with K. Michael Hays, Eliot Noyes Professor of Architectural Theory at Harvard’s Graduate School of Design, and reflected on representation, occupation, and the democracy of architecture. They unfolded their concept of an “ecology of livelihood,” wherein shadowless figures, objects, and spaces coexist with construction details. Explaining their belief in the “behavioral capacities” of humans, architecture, and nature, Tsukamoto and Kaijima revealed the generosity of spirit in their work, and the importance of pushing such capacities to their most yielding limits [publisher's note]

This book is part of The Incidents series, based on “uncommon events” at the Harvard University Graduate School of Design from 1936 to tomorrow. 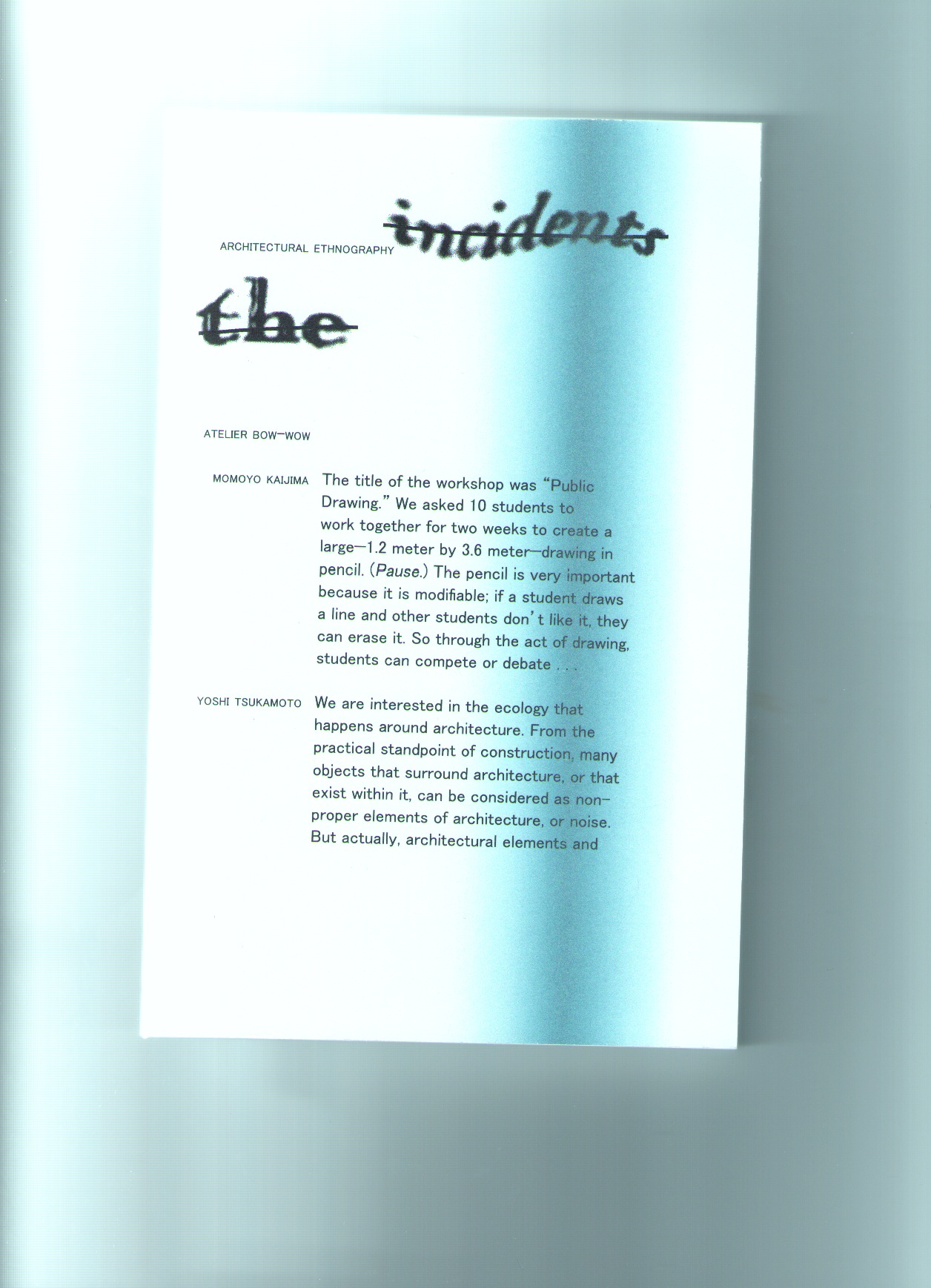