OUR POLITE SOCIETY
The FACIT Model

In Sweden, the FACIT brand is as well-known as IBM or Olivetti. Based in Åtvidaberg, the company produced mechanical calculators, typewriters, and office furniture in the period between 1922 and 1998. By the 1970s the company had grown from a local family business into one of the world’s leading manufacturers. The company-sponsored football team ÅFF was playing in the first division. A few years later the FACIT organisation had disappeared—worn down by global capitalism. The FACIT Model looks at this peculiar outgrowth of corporate modernism through the printed matter produced in FACIT’s inhouse print shops. Type specimens, manuals, advertising leaflets, and product catalogues bear witness to a culture in which many of the codes and forms familiar to us from today’s world of work were defined or invented. [publisher's note] 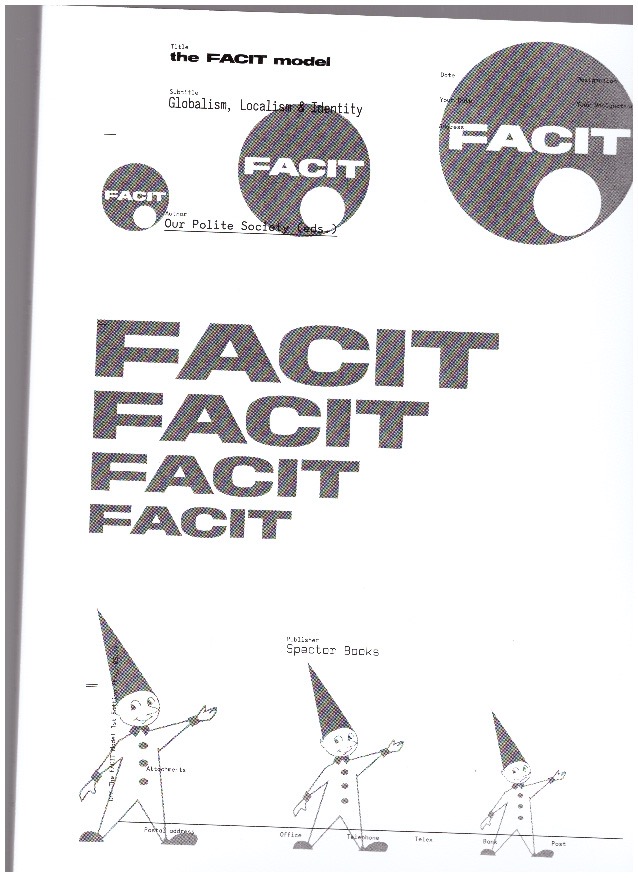