The Context reimagines the superhero comic book as a queer parable of belonging. The story follows six powerful beings from different worlds who find themselves inexplicably adrift together in an otherwise lifeless void: Biopower, Cathexis, Barelife, Objector, Drives, and Form. The characters, each named for a concept drawn from critical theory, engage one another in skintight fight scenes that often look like sex scenes, and philosophical debates masked as exposition.

As a lifelong fan and a more recent critic of the superhero genre, artist and performer Alexandro Segade approached his first graphic novel as a solo performance, acting out all the roles: writer, penciller, inker, colorist and letterer. The Context considers the form of the graphic novel through conceptual, minimalist, op art, and constructivist aesthetics, while paying homage to the great cosmic comics of the 1970s and ’80s. A meditation on group dynamics, composed of foreshortened figures in flight set against an endless field of stars, The Context illustrates a vastness that extends past the boundaries of different art forms and ways of being. [publisher’s note] 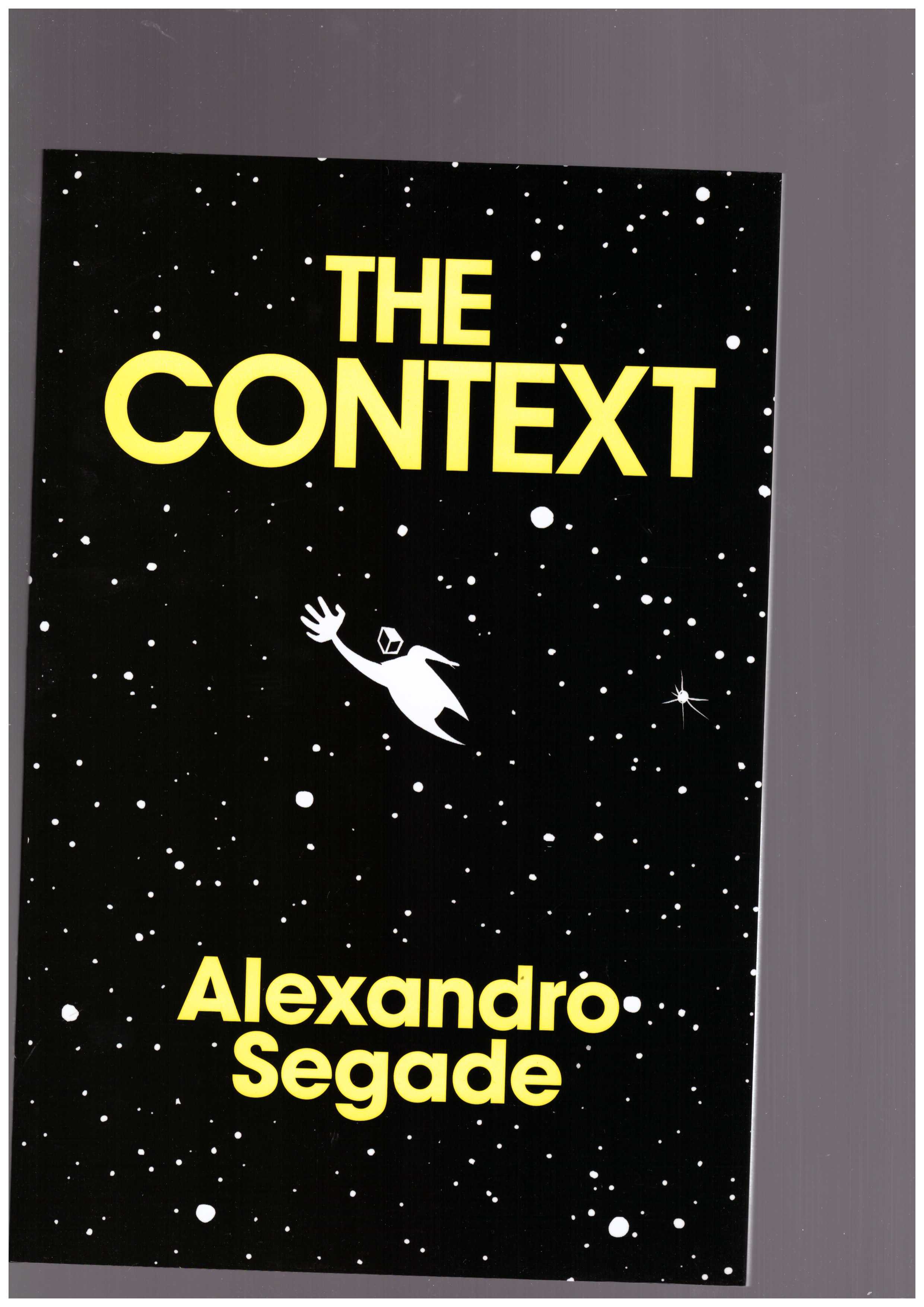