A collaboration of prose, poetry, dialogue, and song alternately written by Clark Coolidge and Bernadette Mayer in their early thirties. Assembled between 1972 and 1978, THE CAVE explores the philosophy of Wittgenstein, the nature of language, and the connections between the present and past. The work ranges from complex and imagistic rambles through imaginary landscapes to terse, clear accounts of exploring Eldon's Cave in western Massachusetts, the setting of several of Coolidge's poems. Coolidge and Mayer have been writing for over fifty years, and they have both had an unquantifiable impact on the direction of experimental poetry. "Coolidge and Mayer evidently shared a common mission in their writings to encompass consciousness, language, and the intricacy of physical/scientific/geologic structures, and to cross whatever fake borders had been set up between genres, materials, or even words themselves" -- Marcella Durand, from the introduction.

Published by Adventures in Poetry, 2009
Poetry 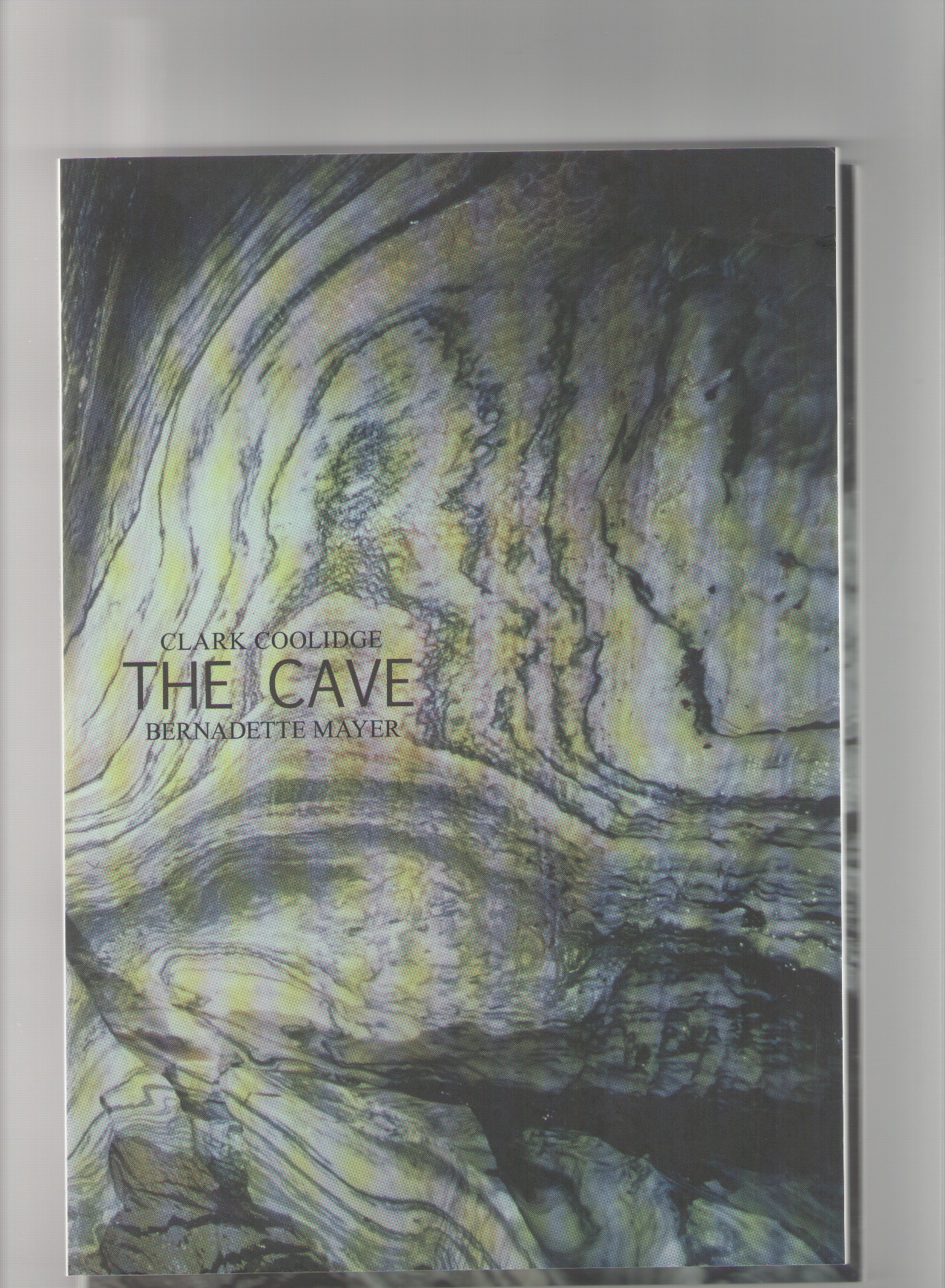