What is the book in a digital age? Is it a physical object containing pages encased in covers? Is it a portable device that gives us access to entire libraries? The codex, the book as bound paper sheets, emerged around 150 CE. It was preceded by clay tablets and papyrus scrolls. Are those books? In this volume in the MIT Press Essential Knowledge series, Amaranth Borsuk considers the history of the book, the future of the book, and the idea of the book. Tracing the interrelationship of form and content in the book's development, she bridges book history, book arts, and electronic literature to expand our definition of an object we thought we knew intimately.

Contrary to the many reports of its death (which has been blamed at various times on newspapers, television, and e-readers), the book is alive. Despite nostalgic paeans to the codex and its printed pages, Borsuk reminds us, the term “book” commonly refers to both medium and content. And the medium has proved to be malleable. Rather than pinning our notion of the book to a single form, Borsuk argues, we should remember its long history of transformation. Considering the book as object, content, idea, and interface, she shows that the physical form of the book has always been the site of experimentation and play. Rather than creating a false dichotomy between print and digital media, we should appreciate their continuities. [publisher's note] 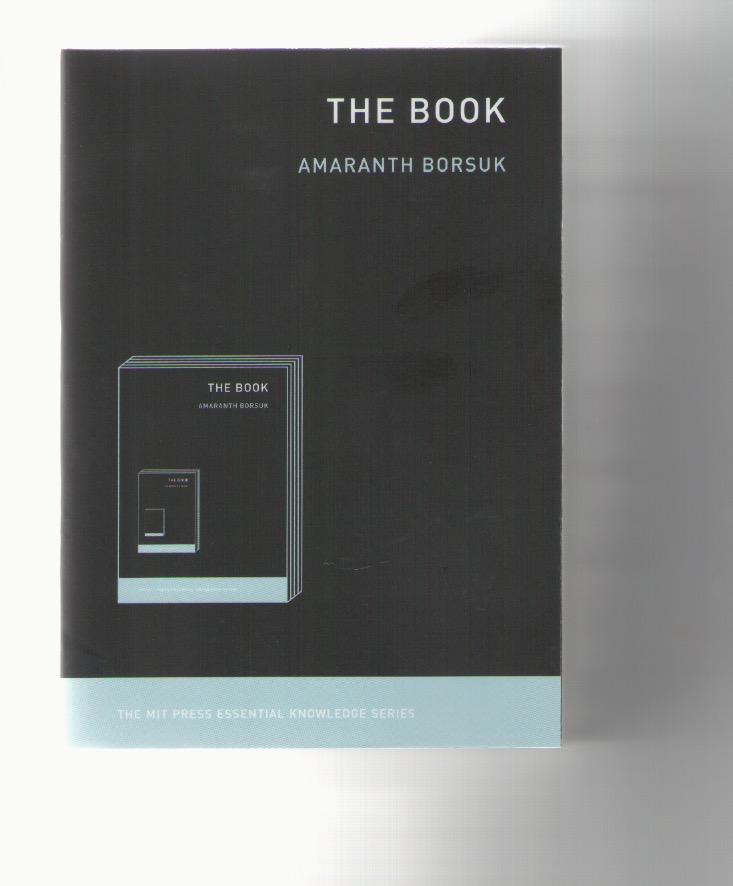