CAConrad
The Book of Frank


First published in 2009 by Chax Press, winner of the 2009 Gil Ott Book Award, this expanded edition of The Book of Frank features additional “Frank” poems and an afterword by Eileen Myles. Praised by poet Anne Waldman as a “voyeuresque surreal portrait,” The Book of Frank is also, in the words of poet-critic Alan Gilbert, a “candid portrayal of human cruelty and its resultant fantasies of escape.” Go read it! 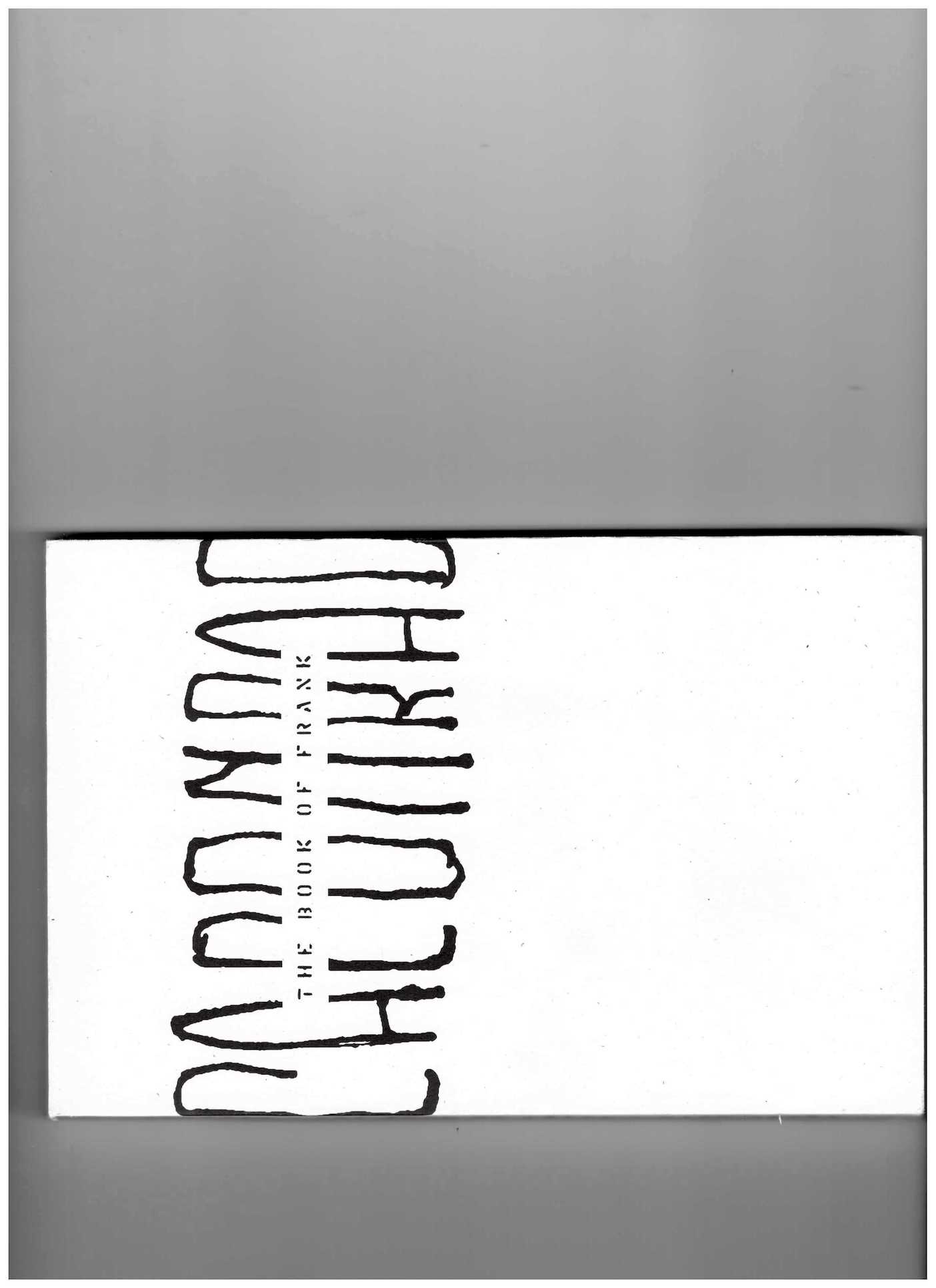