The only autonomous collection of Jack Smith's photographs to appear during his lifetime, The Beautiful Book comprises 19 hand-tipped black-and-white contact prints (2 1/4 x 2 1/4 inches), originally published in an edition of 200 copies.(1) The photographs were produced mainly during the course of extended shooting sessions in Smith's Lower East Side apartment. Most date from the winter of 1962, although a few are earlier—including the final "signature" photograph, a portrait of the artist on the steps beneath the Brooklyn Bridge taken by filmmaker Ken Jacobs. Nearly half the photographs feature the artist Marian Zazeela, who provided the design for the book's silk-screened cover. Smith and his associates assembled the books during the late spring and early summer of 1962, before shooting began on Flaming Creatures. (2) Published and distributed by Piero Heliczer¹s press, the dead language, The Beautiful Book was originally priced at "4 dollars or 16 nouveau francs or 24 shillings," and advertised with a statement from the filmmaker Ron Rice: "we studied these photographs with keen eye discovering new & more beautiful images hidden in every dissolve & curve of the draperies & silks which ran through these masterpieces like some long lost mysterious fume from byzantium." The 2001 Beautiful Book is a true facsmile produced by Granary Books in collaboration with the Plaster Foundation, Inc. New prints have been made from the original negatives and hand-tipped onto Canford Buttercup paper. The covers are silk-screened in two colors on Tweedweave paper and saddle-stitched. The printing and arrangement of the photographs, choice of materials, and nature of the binding are consistent with the four copies of the book given by Smith to Marian Zazeela in 1962. [publisher's note.] 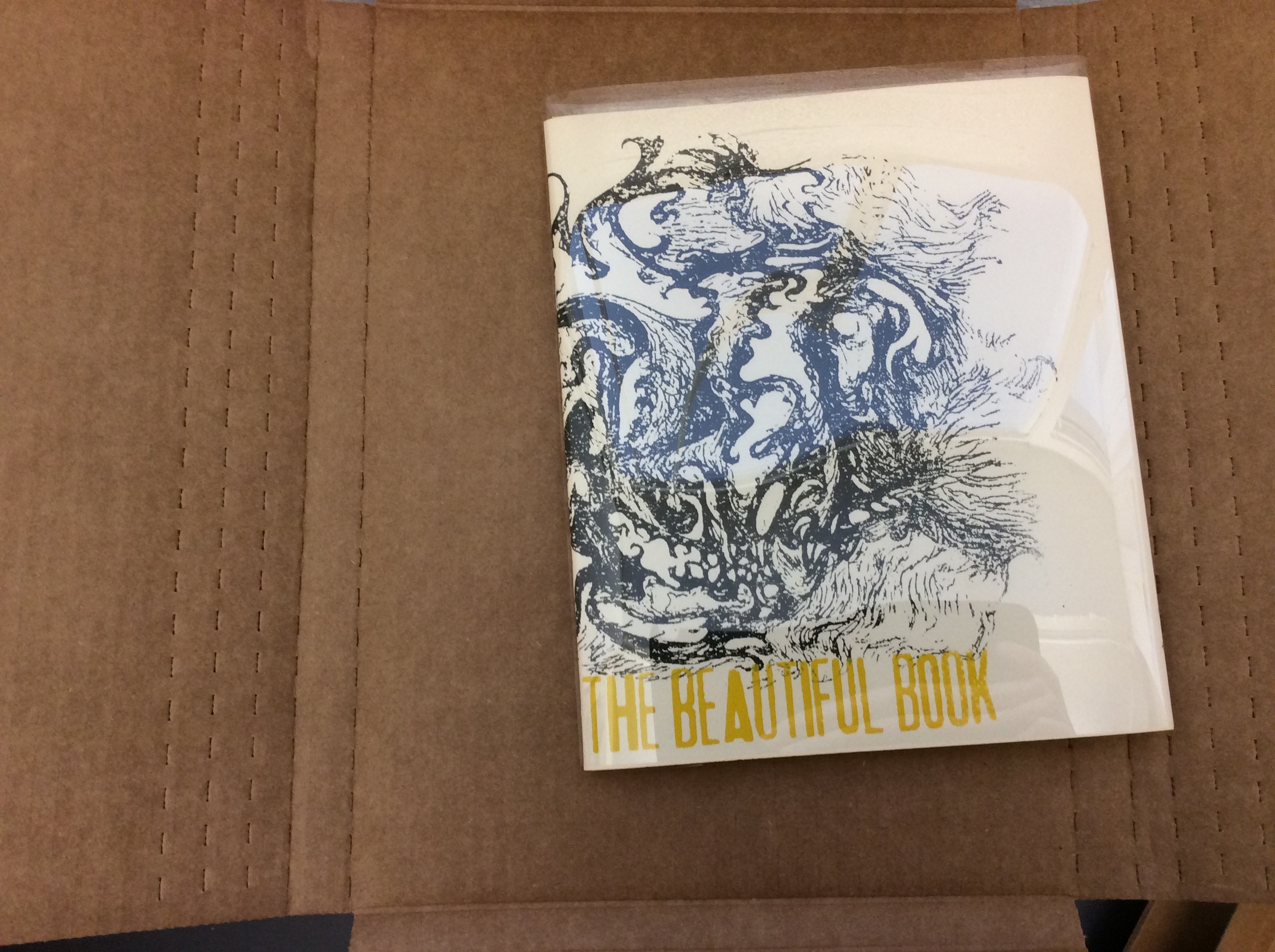 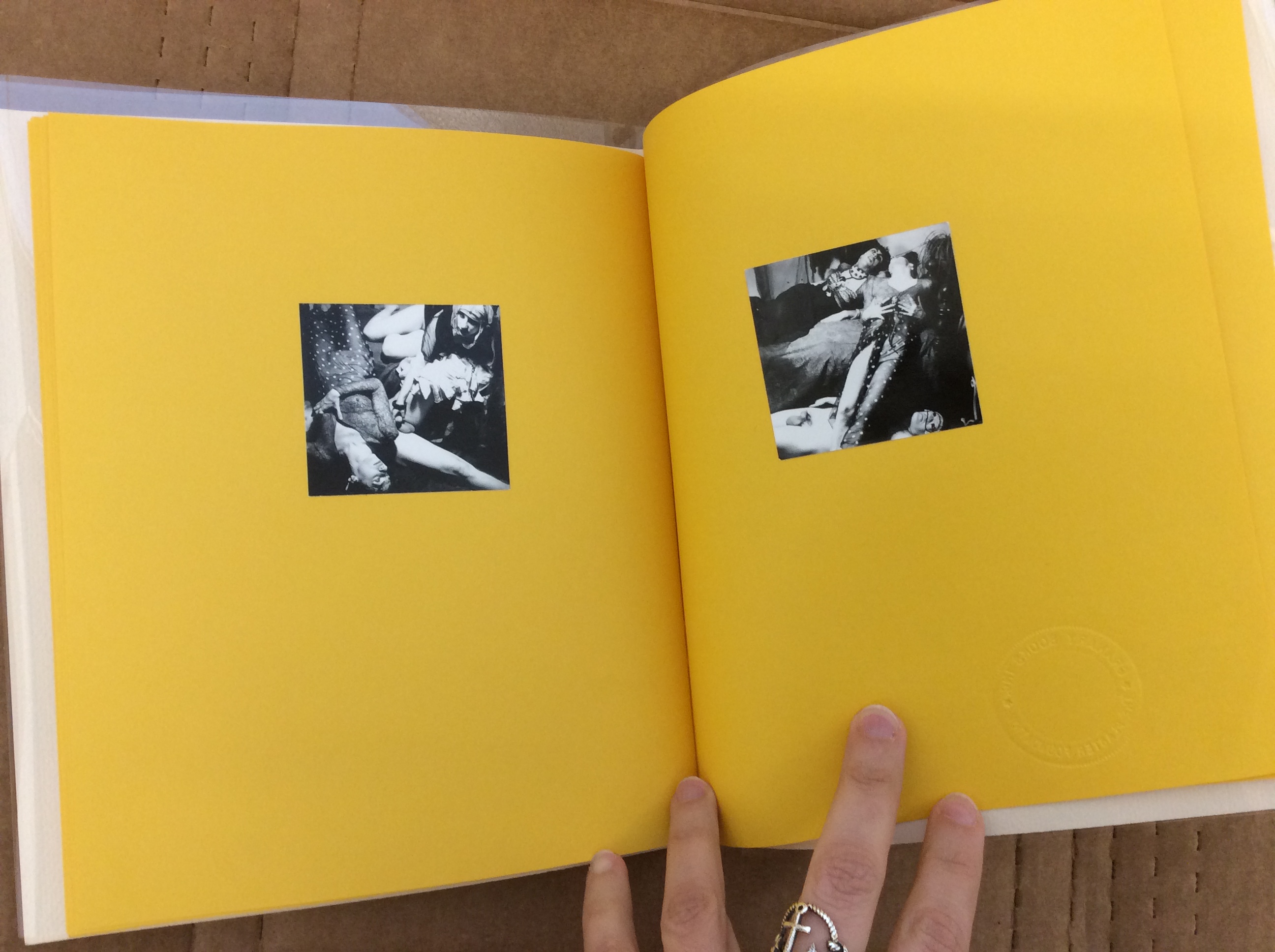 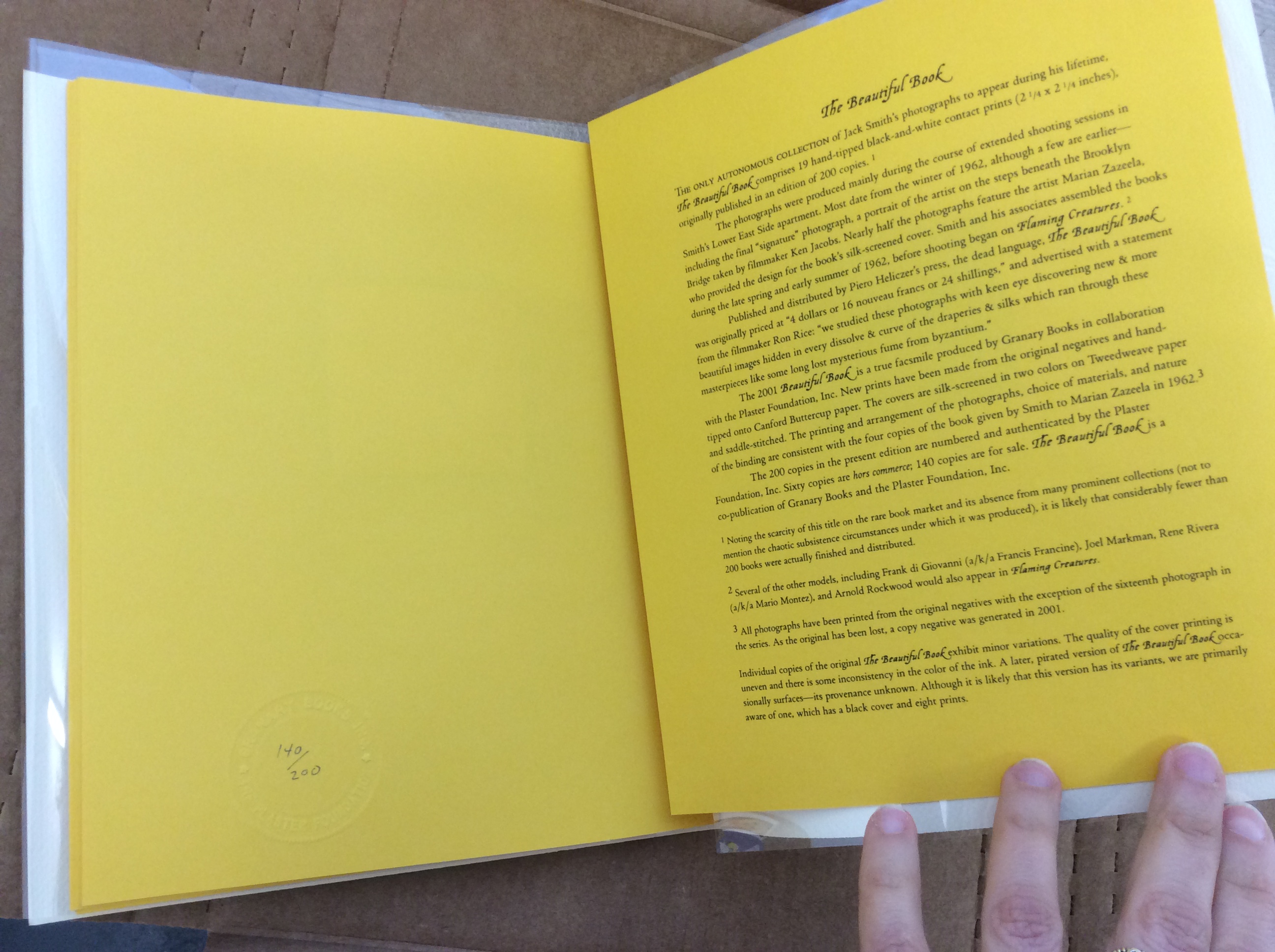