Talker is an interview zine about performance.

This is Issue #8. It features a conversation with artist Paul Maheke.

Born in France and now based in London, Paul’s work has been exhibited widely and, at the time of this conversation, his most recent performance Sènsa, developed with musician Nkisi and lighting designer Ariel Efraim Ashbel had just been presented at Performa festival in New York. Paul’s own dancing body is a central feature of his practice and we discuss the development of this in his recent projects. He also describes the significance of others in his creative process and his ambition to create events and share practice rather than produce images through dance. [publisher's note] 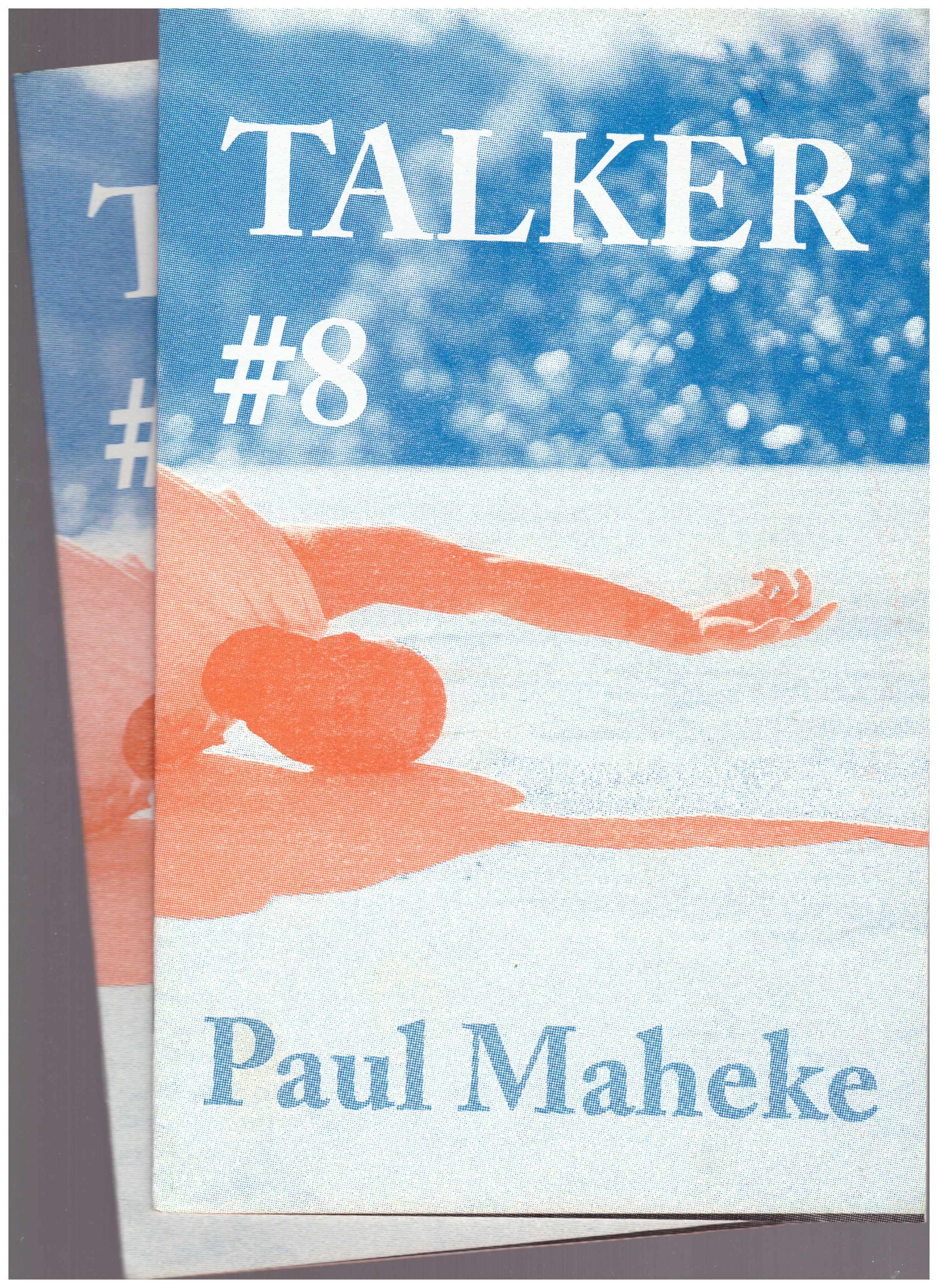