MELTZER, Eve
Systems we have loved

By the early 1960s, theorists like Lévi-Strauss, Lacan, Foucault, and Barthes had created a world ruled by signifying structures and pictured through the grids of language, information, and systems. Artists soon followed, turning to language and its related forms to devise a new, conceptual approach to art making. Examining the ways in which artists shared the structuralist devotion to systems of many sorts, Systems We Have Loved shows that even as structuralism encouraged the advent of conceptual art, it also raised intractable problems that artists were forced to confront.

Considering such notable art figures as Mary Kelly, Robert Morris, Robert Smithson, and Rosalind Krauss, Eve Meltzer argues that during this period the visual arts depicted and tested the far-reaching claims about subjectivity espoused by theorists. She offers a new way of framing two of the twentieth century’s most transformative movements—one artistic, one expansively theoretical—and she reveals their shared dream—or nightmare—of the world as a system of signs. By endorsing this view, Meltzer proposes, these artists drew attention to the fictions and limitations of this dream, even as they risked getting caught in the very systems they had adopted. The first book to describe art’s embrace of the world as an information system, Systems We Have Loved breathes new life into the study of conceptual art. [publisher's note] 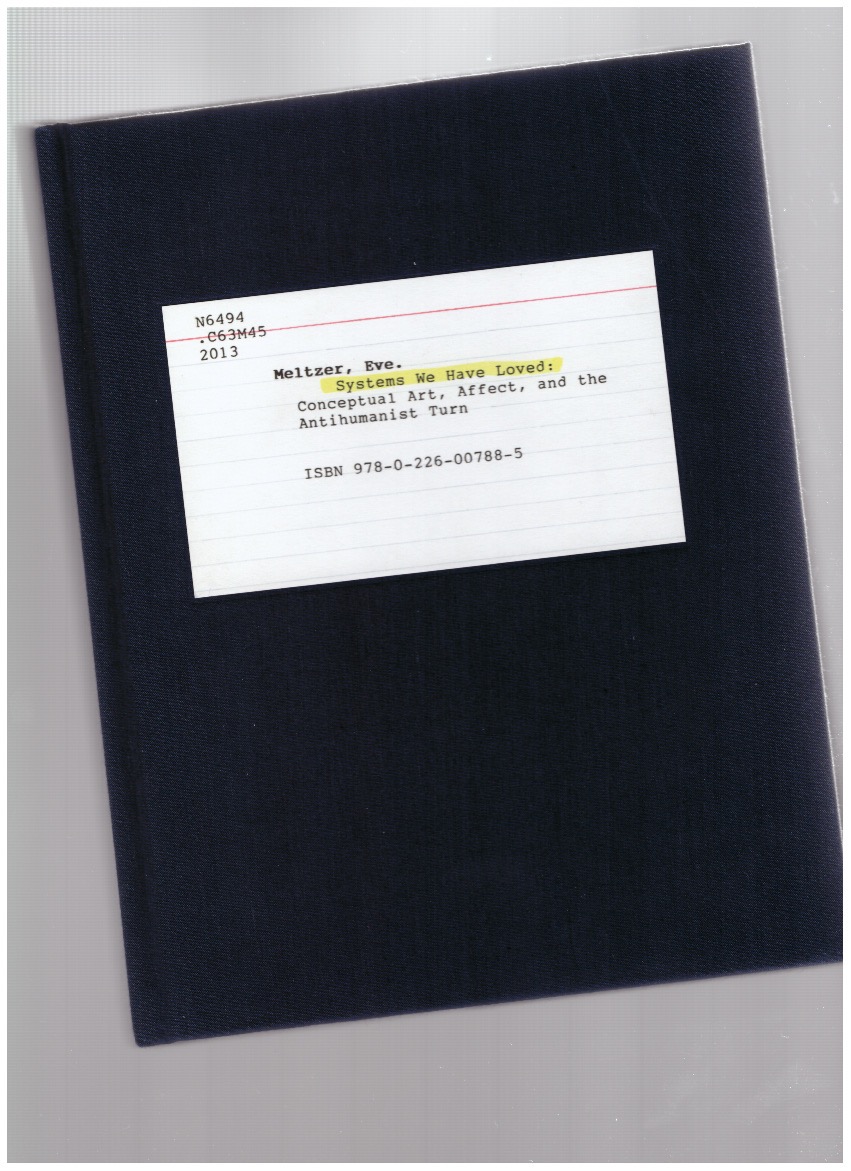