The first publication on the work of Experimental Jetset features almost two decades of graphic design praxis. Rather than a monolithic monograph, it is a very loose, personal archive, with essays by Linda van Deursen, Mark Owens, and Ian Svenonius, plus two photographic chapters with a selection of work by the studio, covering both printed matter and the documentation of site-specific pieces and installations. To conclude is a glossary-like anthology of texts (fragments of interviews, lectures, correspondence, etc.) previously written by Experimental Jetset, selected, edited, and structured by Jon Sueda.

This second edition exists in a blue and a red cover and is now combined with the zine Automatically Arranged Alphabets (Roma 249). Stapled in a screenprinted silver cardboard cover, the zine contains a typographic experiment involving software-generated compositions. [publisher's note] 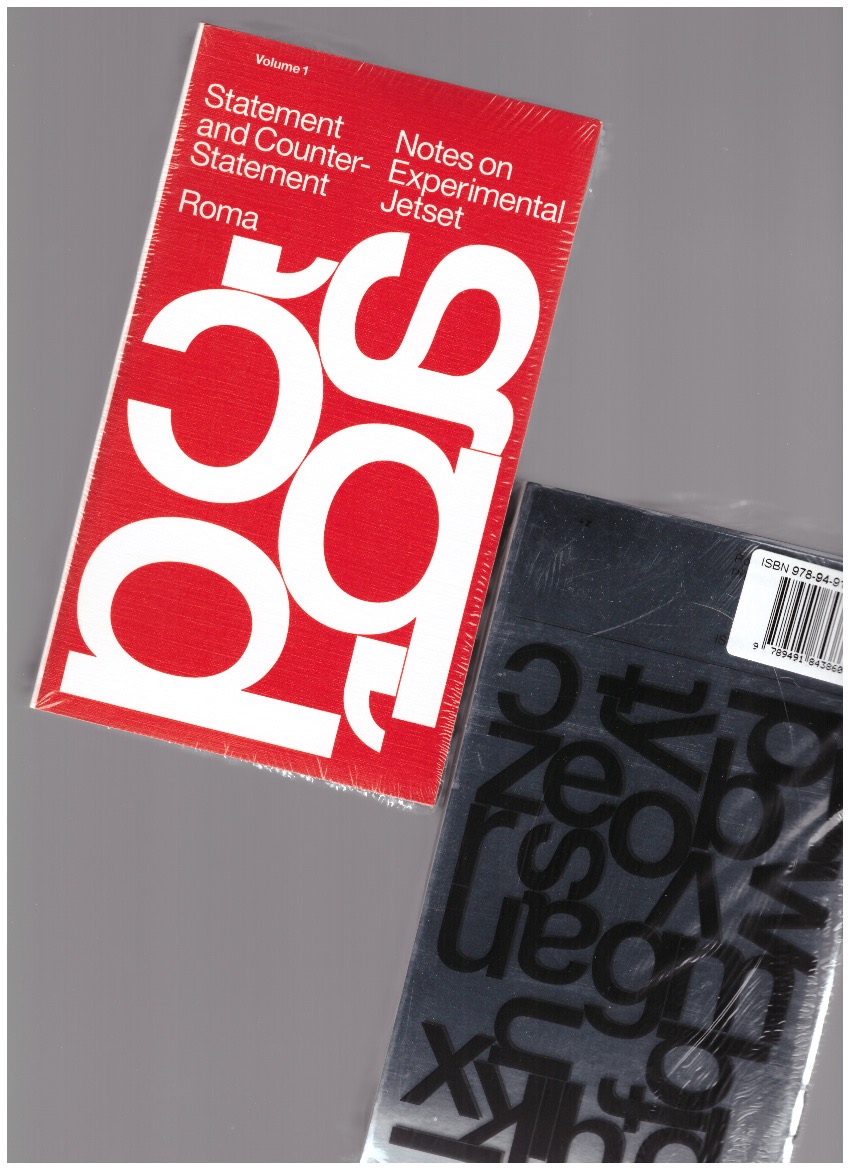