Another printed masterpiece by Christopher Williams, in the form of four slim books in a slip case, Stage Play focuses on Williams’ eponymous theatrical work, first presented in 2017 at Miller’s Studio in Zürich. Each book is at the same time low-key and sumptuous, perfectly designed and straightforward... Let’s unbox.

The booklet titled Playscript presents itself as the programme for the performance, through photographs and documents.

Open Letters. The “Open Letter” is a writing form of its own in Williams’ hands—used in texts that accompany exhibitions, to make public its conditions, its context, or the artist’s intentions. The letters are addressed to figures that may be fictional or real. This is, according to the publisher, the “largest collection to date of Williams’ writing.” Spoiler: lots of reference to Jean-Luc Godard.

Last but not least, in Essays/Interview one may read two critical essays by McDonough, and an interview Williams conducted with historian Markus Krajewski on the ceramic tile façades of post-war architecture in Cologne.

As if I told you
A standard image, a normative image, a conventional image, a redundant image. 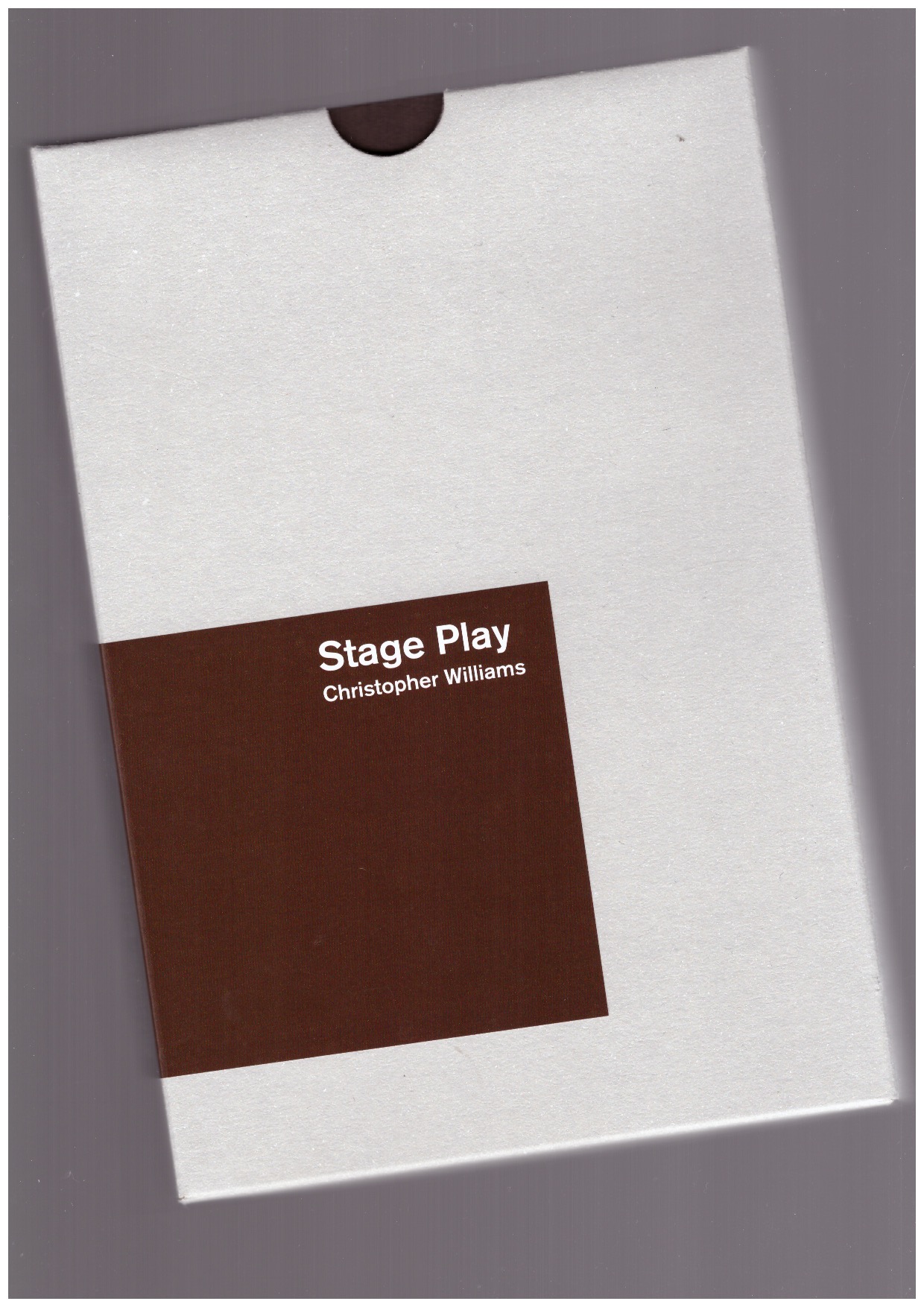