I was not offended when you looked at me and I realized there was no one in my place to look back at you. I comprehend. Seriously, I have strange feelings about the different wars that are going on in the universe and I am ready to take some action, very serious action.

We are looking forward to host Georgia Sagri in conversation with her publishers about her latest publication, Stage of Recovery.

About the publication
Close to spiritual anarchism, Georgia Sagri’s writing happens in the heat of negotiation. Starting in the months leading up to the occupation of Zuccotti Park in 2011, which became the movement for people’s self-governance known as Occupy, this book carries the energy and commitment of open struggle, direct address, self-organisation and public assembly. It is a critique of representation and its implicit oblivion, told through a decade of artistic and activist practice. The writing is a mode of recovery, it is pre-content shared to encourage open processes in art, thinking and action.
Georgia Sagri (born Athens, 1979) lives and works in Athens and New York. Her practice is influenced by her ongoing engagement in political movements and struggles on issues of autonomy, empowerment and self-organisation. From 1997 to 2001 she was a member of Void Network, a cultural, political and philosophical collective operating in Athens. In 2011 she was one of the main organisers of the Occupy Wall Street movement in New York. Since 2013 she has been a member of the assembly of the Embros Theatre Occupation, and in 2014 she initiated Ύλη[matter]HYLE, a semi-public cultural space in the heart of Athens. She is professor of performance at the Athens School of Fine Arts.

Insightful, passionate, flowing and jarring. Stage of Recovery is a creative journey that invites the reader to reflect on and reimagine society.
– Marina Sitrin

This book proposes a singular bio-aesthetic, an original way of living with each other, against the ever more delirious diktats of planetary techno-capitalism. Sagri’s is an extraordinary example of such a practice where, as with the Situationists, art becomes indiscernible from politics.
– Mehdi Belhaj Kacem

I am convinced that Sagri’s thinking in action is ultimately dedicated to the empowerment of the mass corporeality of the nameless, and to self-recovery from psychosomatic pains suffered in this world of hell.
– Sabu Kohso

Stage of Recovery observes a decade of revolutionary animism. There is no score of absolute ethics, the subject is made in anarchy. Her presence pulses in sustained relation.
– Mayra A. Rodríguez Castro

Sagri captures affects of anti-capitalist resistance invisible within much political writing. When she writes she uses the whole wall (and climbs over it), reminds us of our powerful, vulnerable bodies, and does not shy away from paradox. Her highly personal practice (‘Don’t call it politics’) at Ύλη[matter]HYLE once offered important clarity in my own life – may her book reach all those who cannot stand on the balcony.
– Erica Lagalisse 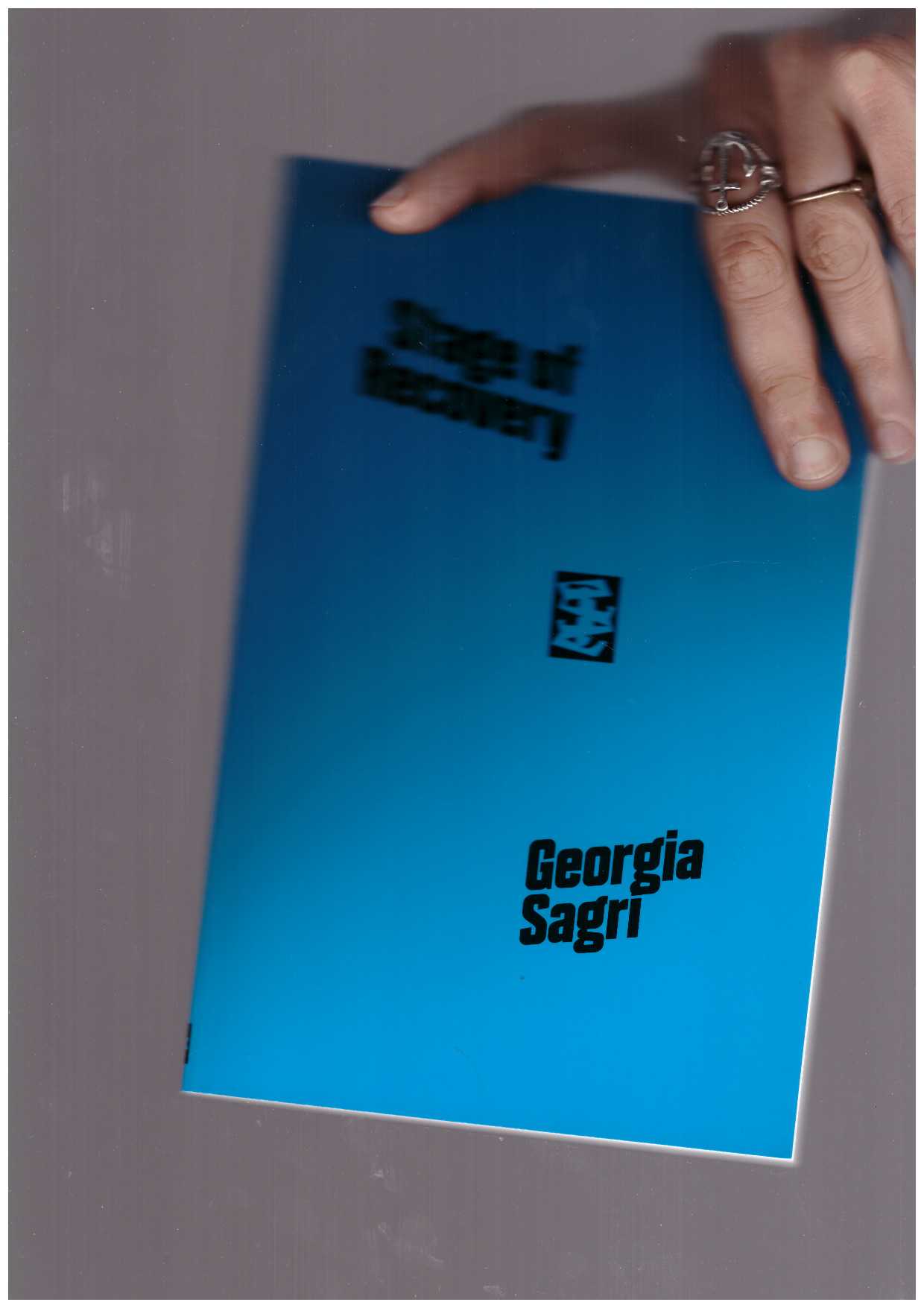