Spike first issue to appear in English only is a collaboration with Ignota Books, a publisher operating at the intersection of technology, myth-making and magic. With contributions by Ella Plevin on living through the revival of esotericism and techno-belief in a disenchanted age; Hans Ulrich Obrist and Ben Vickers on new dimensions of understanding in lines of code; Harry Burke on chinese artist Lu Yang and high-energy soundtracks tapping into the realms of ancient Buddhism, cyberfeminism, and technoreligions; Jim Shaw and Stanya Khan talking about the high priests of evil, his band Dred Dwarf, the end of the world, and the true meaning of his religion O-Ism; Lars Bang Larsen on Suzanne Treister’s projects crafting an alternative history of the twentieth century through cybernetics, psychedelia, and tarot; CAConrad and Ariana Reines in conversation about rituals for writing and the bones of poetry; Dean Kissick on embryonic chimeras and why we shouldn’t continue to live as before, when we could become one with animals; Rob Horning on the psychology and power of positive thinking; Philomena Epps on Tony Oursler’s archive of mystical objects; Elisabeth von Samsonow on the history of Viennese modernism and its relation to the resurgence of magic today... 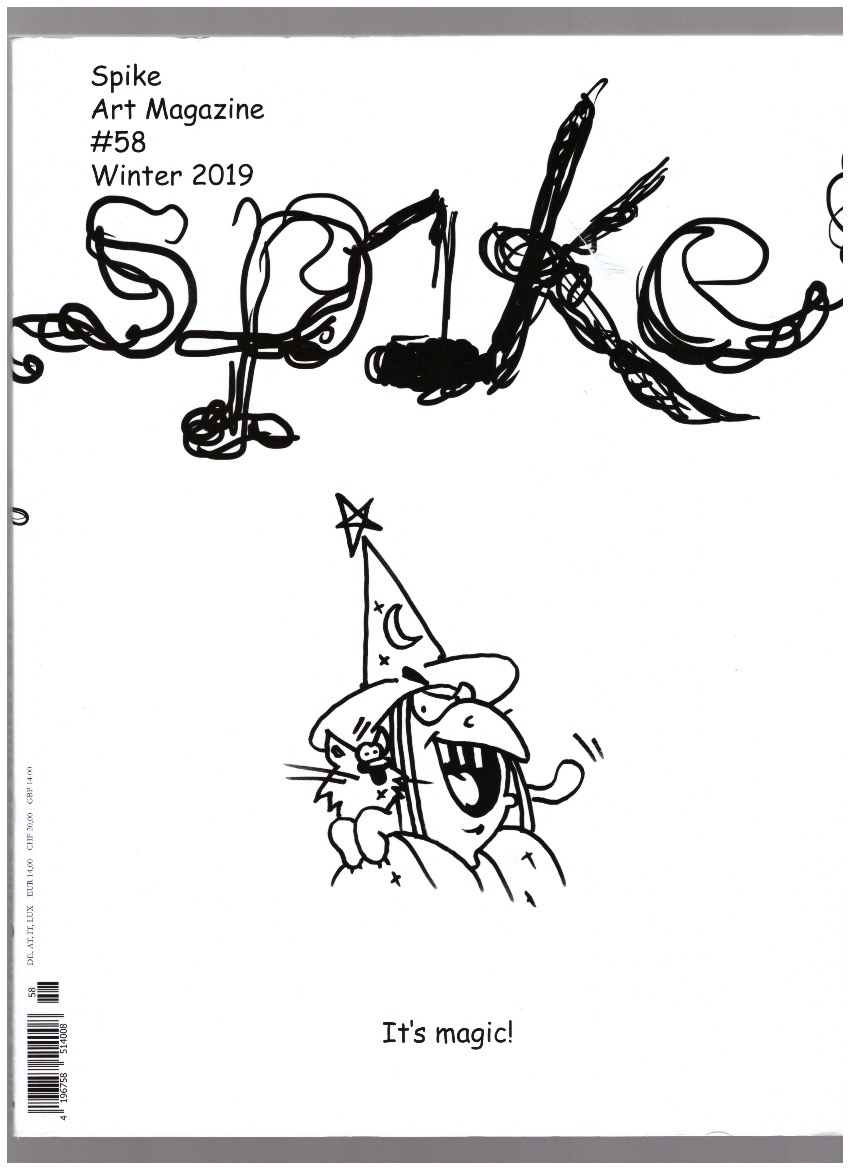