VISHMIDT, Marina
Speculation as a Mode of Production

In Speculation as a Mode of Production: Forms of Value Subjectivity in Art and Capital, Marina Vishmidt offers a new perspective on one of the main categories of capitalist life in the historical present. Writing not under the shadow but in the spirit of Adorno's negative dialectic, her work pursues speculation through its contested terrains of philosophy, finance, and art, to arrive at the most detailed analysis that we now possess of the role of speculation in the shaping of subjectivity by value relations. Featuring detailed critical discussions of recent tendencies in the artistic representation of labour, and a brilliant reconstruction of the philosophical concept of the speculative from its origins in German Romanticism, Speculation as a Mode of Production is an essential, widescreen theorisation of capital's drive to self-expansion, and an urgent corrective to the narrow and one-sided periodisations to which it is most commonly subjected. [publisher’s note] 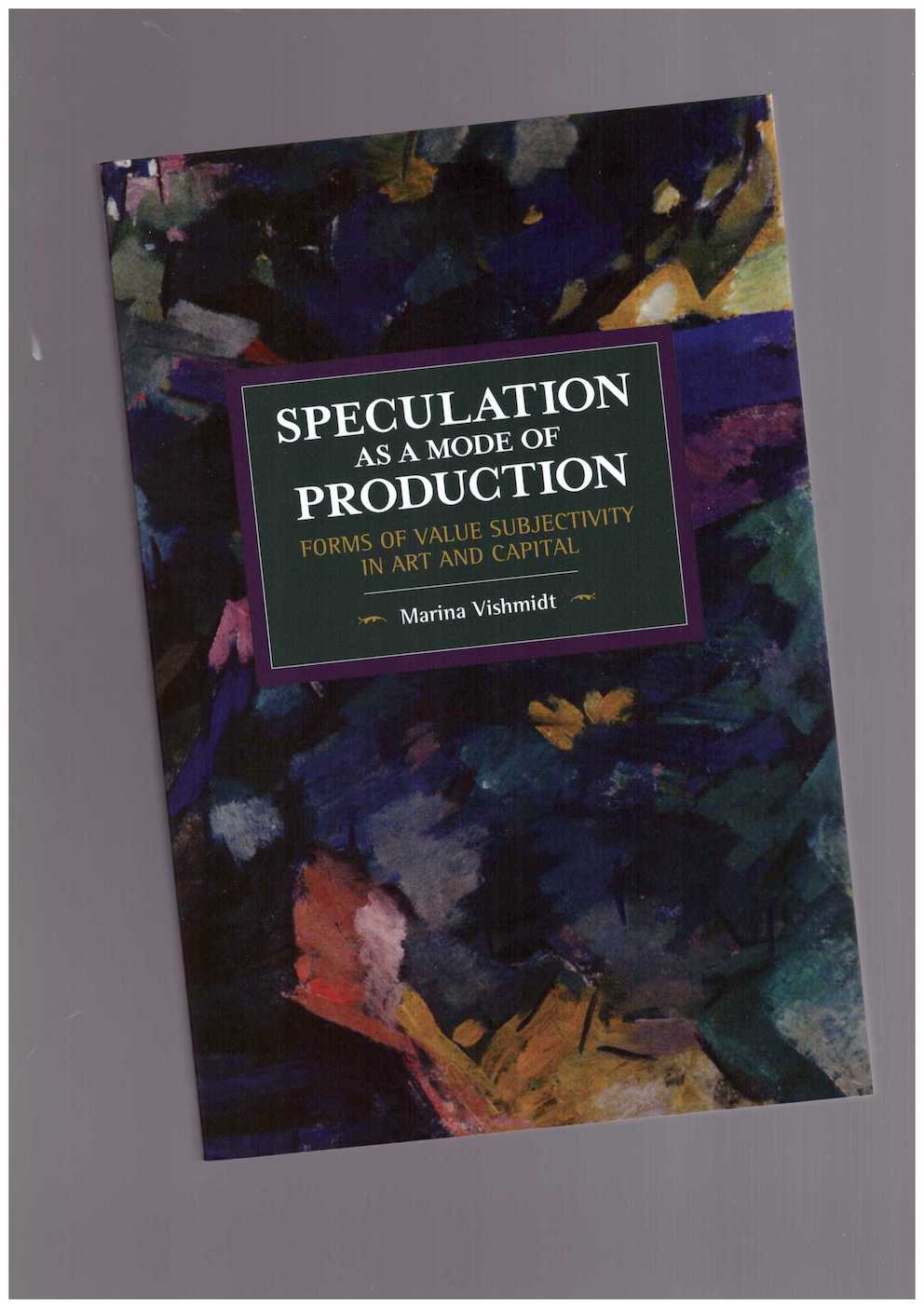