A welfare cheque floats down the river, a cowboy spreads the Word of the Lord and crotches tick like clocks: the world of Spare Parts is unpredictable, evocative and vividly distorted. Its initial appearance, in 1981, caused a stir; at a time when linear narrative was the m. o. of feminist writing, Gail Scott had the nerve to fracture and dislocate her stories and her language.

Spare Parts is as vital as it was at the time of its first publication. Scott’s densely textured tales about the world of growing up female in a small town, where violence lurks just beneath the skin, recreate the uncertainty of life. Their incantatory language and tough imagery are as relevant and crucial now as they were then. [publisher’s note] 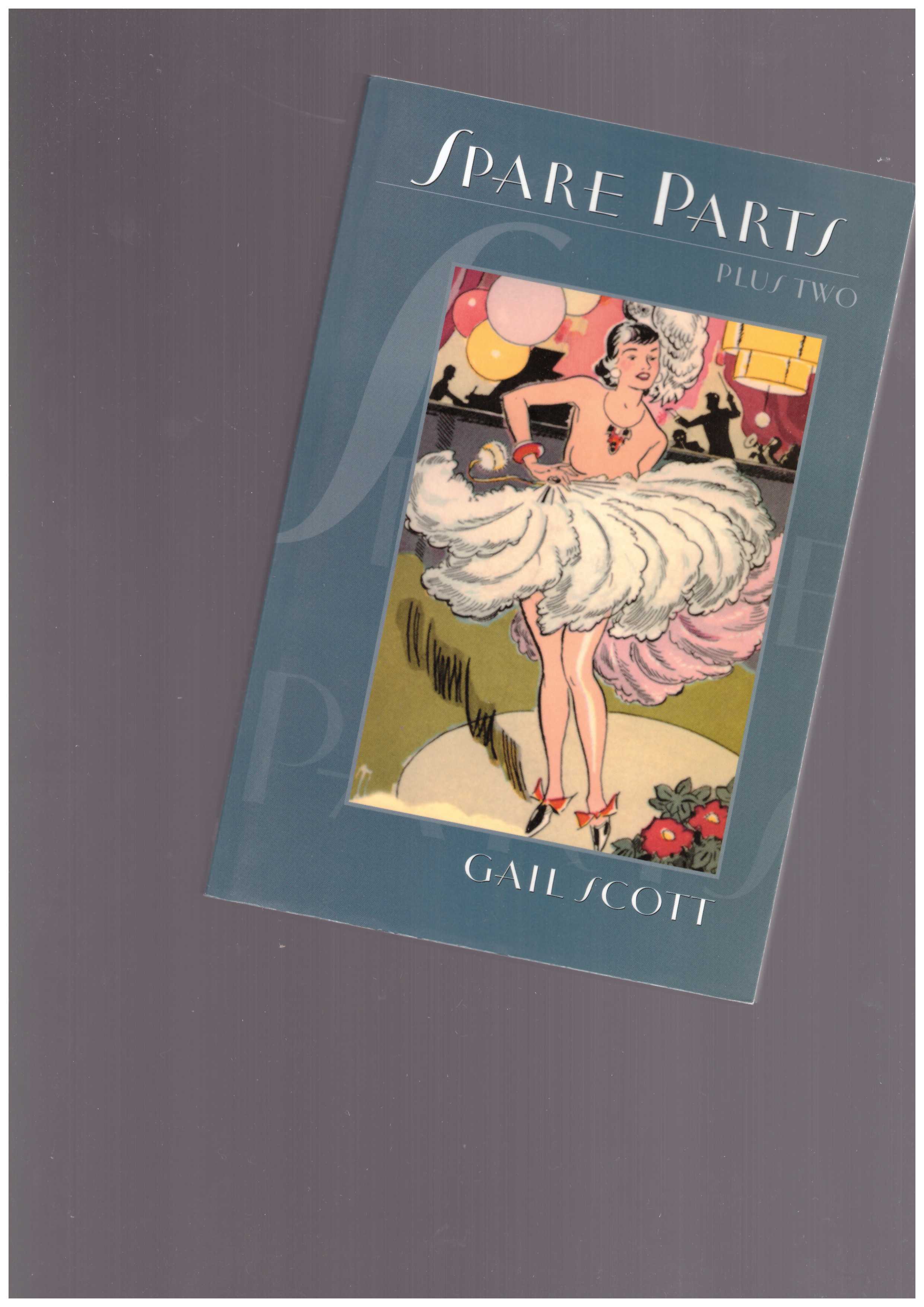