This comprehensive publication is Kai Althoff's third monograph. It contains never before seen works in addition to images from every stage of the artist's career, concentrating most heavily on work since 2002. The artist considers this to be a more ideally composed retrospective than any exhibition of his work would be capable of achieving.

The selection of images focuses on documenting the work in a way which addresses the character of the works as well as the artist's current and past perspectives on his oeuvre. Possessing the emotional charge of the artist's works, this book presents personal, previously withheld photographs, paintings, and writings of “failed satire” with a deceptive sentimentality that oscillates between nostalgia and self-deprecation. This stands in contrast with the innate beauty and craftsmanship of the works, which engrossed the artist at the time of their conception. “Souffleuse der Isolation” is also concerned with the act of re-evaluating past works and the emotional states in which they were spawned, and how this pertains to the act of revisiting past portrayals of oneself.

This volume also features an epic dialectical text by the writer Angus Cook imaginatively inspired by Althoff's work, though twice failing to mention him by name. This text was written specifically for the occasion of this monograph and served as a vital conceptual basis to its composition. Also included is a text by Dr. Patrik Scherrer, lic. theology on the use of textiles in the artist's work. [Editor's note] 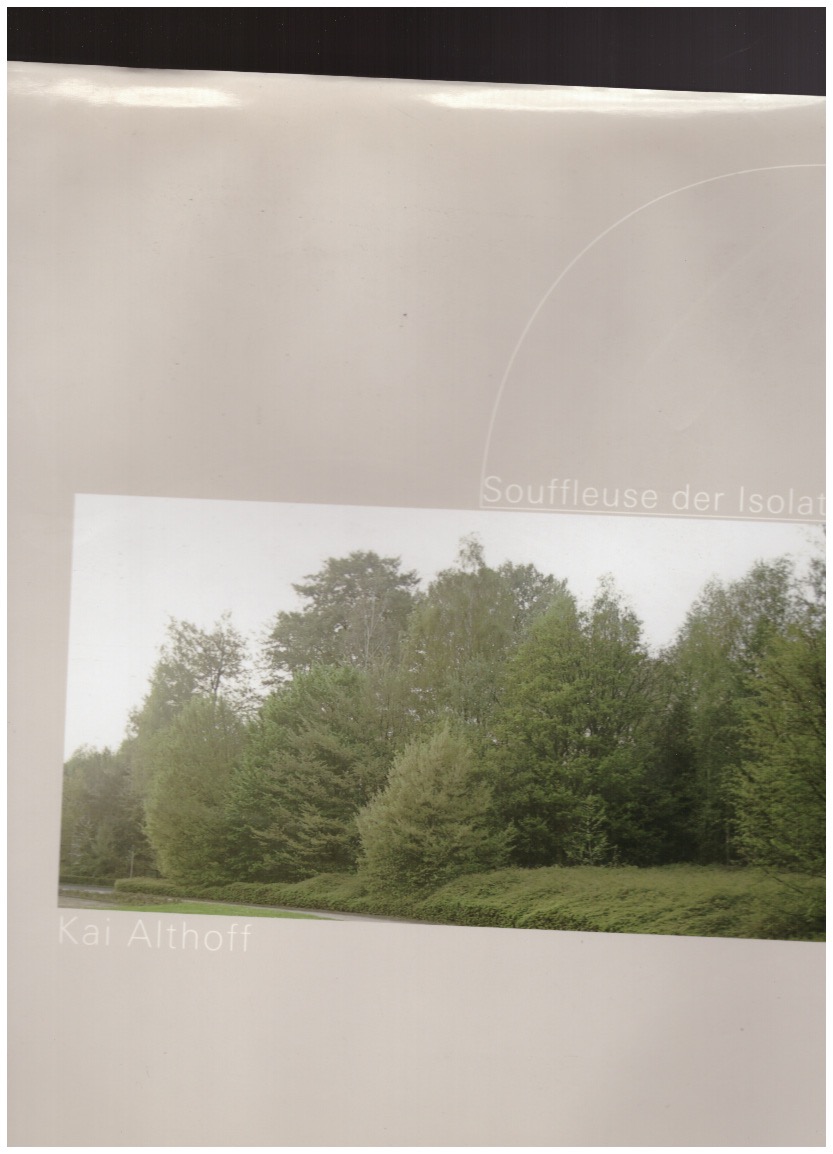