Shame Space is an artist book that explores the possibilities of narrative and identity. The book collects a selection of journal writings by Syms from 2015-2017 in which she attempts to capture her shadow self alongside a selection of image stills from the recent video project Ugly Plymouths (2020). The diaristic commentary in Shame Space is gathered into fifteen chapters that stage narrative as a process of being in the making.

Text entries in Shame Space have formed the voiceover of Mythiccbeing (pronounced ‘my thick being’), a “black, upwardly mobile, violent, solipsistic, sociopathic, gender-neutral femme” digital avatar who has iterated across several of Syms’s recent exhibitions. In the artist’s dense, multi-channel media installations, Mythiccbeing manifests variously in video, in pre-programmed audio recordings of the artist’s voice, and as an interactive chatbot, which responds to the viewer’s communications with images, messages, and animations.

Shame Space’s design mimics the bible form, with its A5 size, embossed leather-textured cover, and gold edge painting. Translating Syms’s ongoing research and interest in new media technologies to the page, the book’s still images were coded using a programming script, such that the design, like the chatbot’s SMS responses, is an exercise in machine automation.

Martine Syms is an artist who has earned wide recognition for a practice that combines conceptual grit, humor, and social commentary. She has shown extensively including solo exhibitions at the Museum of Modern Art, the Art Institute of Chicago, and ICA London. She is in a band called Aunt Sister and hosts CCartalkLA, a monthly radio show on NTS. She also runs Dominica, a publishing imprint for artists’ books. [publisher's note] 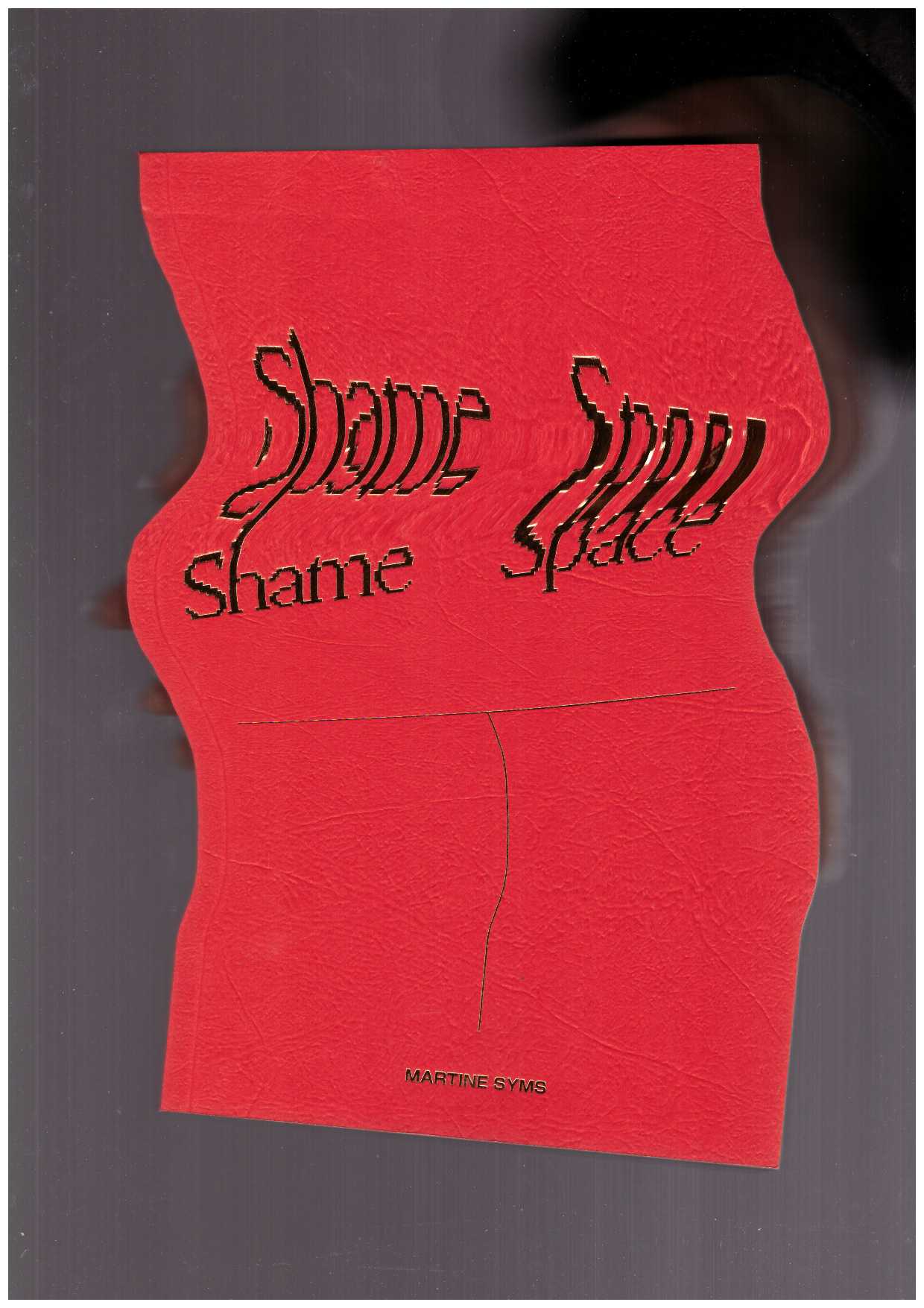