“Better Read Than Dead” was the title that the great American art dealer, curator, author and researcher Seth Siegelaub (1941-2013) had chosen for an anthology of his own writings—one of the projects for which he never found the time, busy as he was running his global one-man operation. Here, happily, that project is now fulfilled.

The selected writings, interviews, extended bibliography and chronology gathered in this Siegelaub sourcebook fill the historical gaps in the sprawling network of exhibitions, publications, projects, and collections that constitute Siegelaub’s life’s work.

Here, Siegelaub’s writings are reproduced as scans in order to convey the variety of the documents and to give a sense of archival immersion. Interspersed with these “writings” are interviews and talks, several newly transcribed. The majority of interviews from 1969-1972 are reprinted here. [publisher's note] 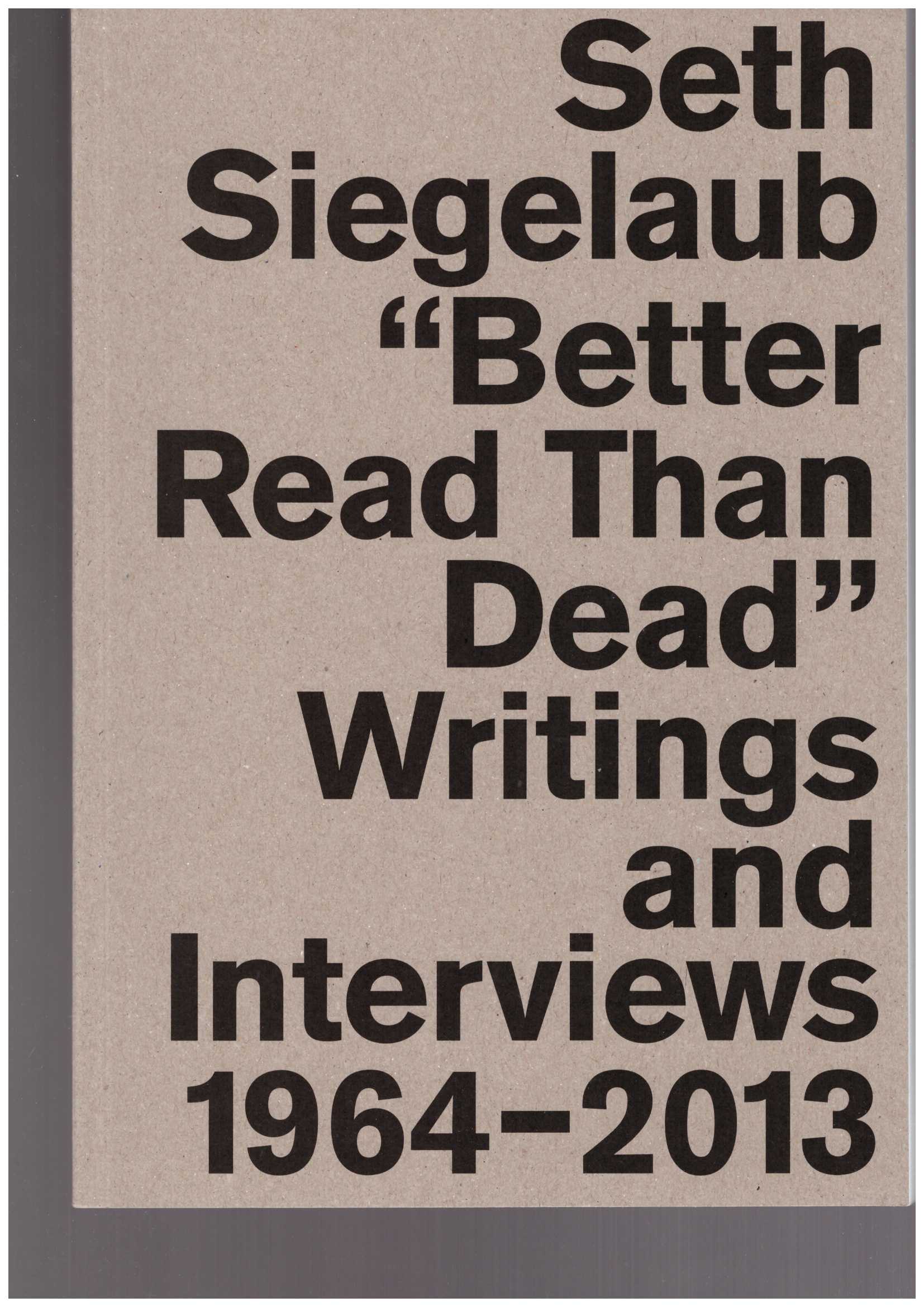