"Most of the writers who contributed to the issue were locked up at the time in Italian jails. . . . I was trying to draw the attention of the American Left, which still believed in Eurocommunism, to the fate of Autonomia. The survival of the last politically creative movement in the West was at stake, but no one in the United States seemed to realize that, or be willing to listen. Put together as events in Italy were unfolding, the Autonomia issue--which has no equivalent in Italy, or anywhere for that matter--arrived too late, but it remains an energizing account of a movement that disappeared without bearing a trace, but with a big future still ahead of it." –Sylvère Lotringer

Semiotext(e) is reissuing in book form its legendary magazine issue Italy: Autonomia: Post-Political Politics, originally published in New York in 1980. Edited by Sylvère Lotringer and Christian Marazzi with the direct participation of the main leaders and theorists of the Autonomist movement (including Antonio Negri, Mario Tronti, Franco Piperno, Oreste Scalzone, Paolo Virno, Sergio Bologna, and Franco Berardi), this volume is the only first-hand document and contemporaneous analysis that exists of the most innovative post-‘68 radical movement in the West. The movement itself was broken when Autonomia members were falsely accused of (and prosecuted for) being the intellectual masterminds of the Red Brigades; but even after the end of Autonomia, this book remains a crucial testimony of the way this creative, futuristic, neo-anarchistic, postideological, and nonrepresentative political movement of young workers and intellectuals anticipated issues that are now confronting us in the wake of Empire. In the next two years, Semiotext(e) will publish eight books by such Italian “Post-Fordist” intellectuals as Antonio Negri, Christian Marazzi, Paolo Virno, and Bifo, as they update the theories of Autonomia for the new century. 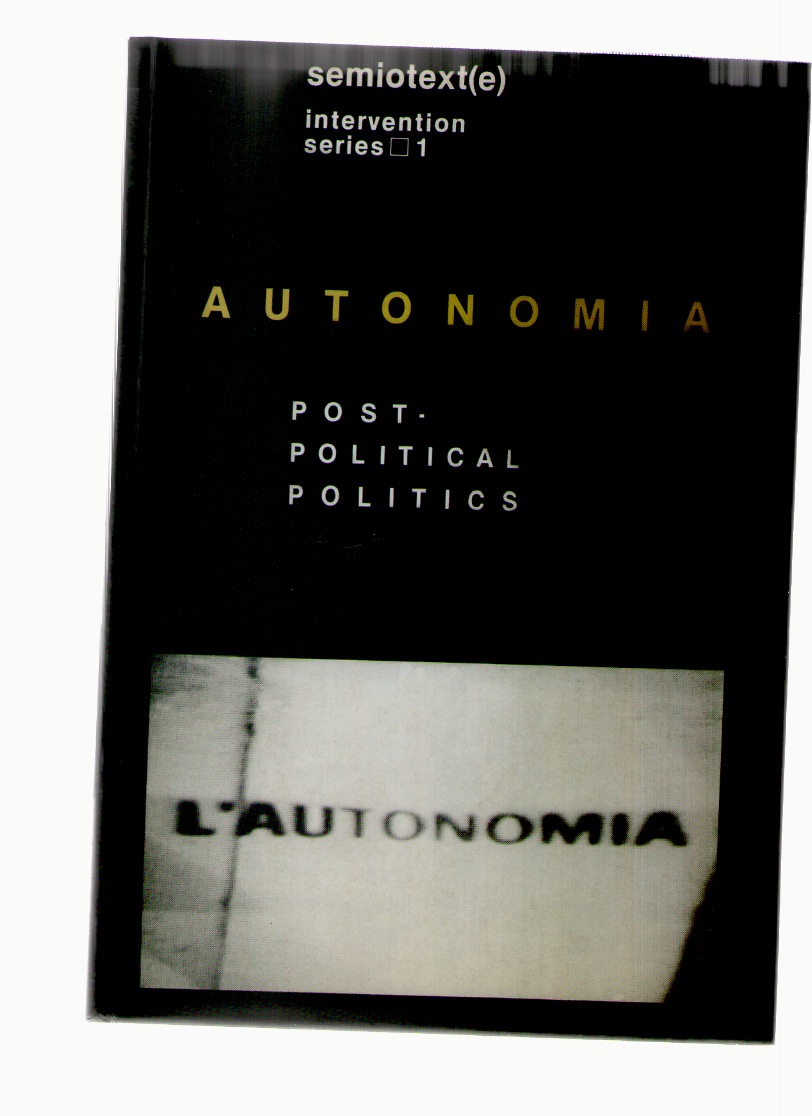