Life in this society being, at best, an utter bore and no aspect of society being at all relevant to women, there remains to civic-minded, responsible, thrill-seeking females only to overthrow the government, eliminate the money system, institute complete automation, and destroy the male sex.
—Valerie Solanas

First circulated on the streets of Greenwich Village in 1967, the SCUM Manifesto is a searing indictment of patriarchal culture in all its forms. Shifting fluidly between the worlds of satire and straightforward critique, this classic is a call to action—a radical feminist vision for a different world. This is an update of the essential AK Press edition, with a new foreword. [publishers’ note]

“To see the SCUM Manifesto’s humor, to let it crack you up page after page, is not to read it as a joke. It’s not. The truth of the world as seen though Valerie’s eyes is patently absurd, a cosmic joke. Humor such as this is a muscle, a weapon… It was the truth, and the truth is so absurd it’s painful.”
—Michelle Tea 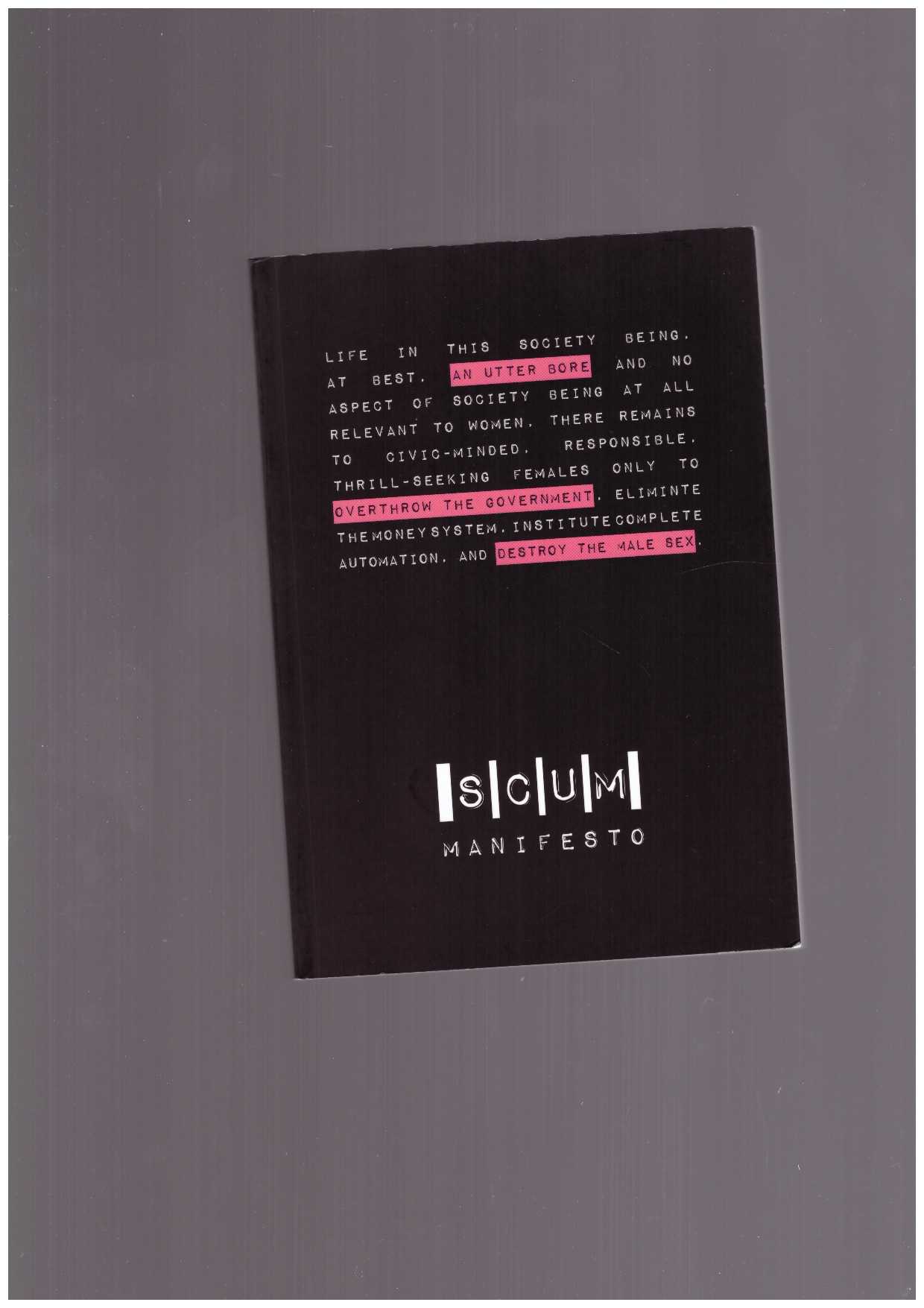