The publication School of Equals collects a series of reflective texts, instructions, notes, testimonies and slam poetry reflecting the mechanisms at art schools that give rise to exclusion and inequality. A great deal of attention goes to the decolonising and intersectional feminisms that are questioning the status quo of arts education at the institutional level. The publication exposes in that sense situations of discord in relation to the art academy -which is often considered a neutral place- and wants to intervene in essentialist approaches of identity and difference.

Through a variety of personal and peripheral writing practices, the interdisciplinary writing was approached as a critical strategy intervening in the homogenisation and objectification of debates on these issues. Authors that didn’t follow official or formal arts education, or texts that can not simply be placed into recognisable critical frameworks, were thus considered as significant.

The publication can be viewed as an attempt to place critical and emancipatory approaches in arts education higher on the agenda. 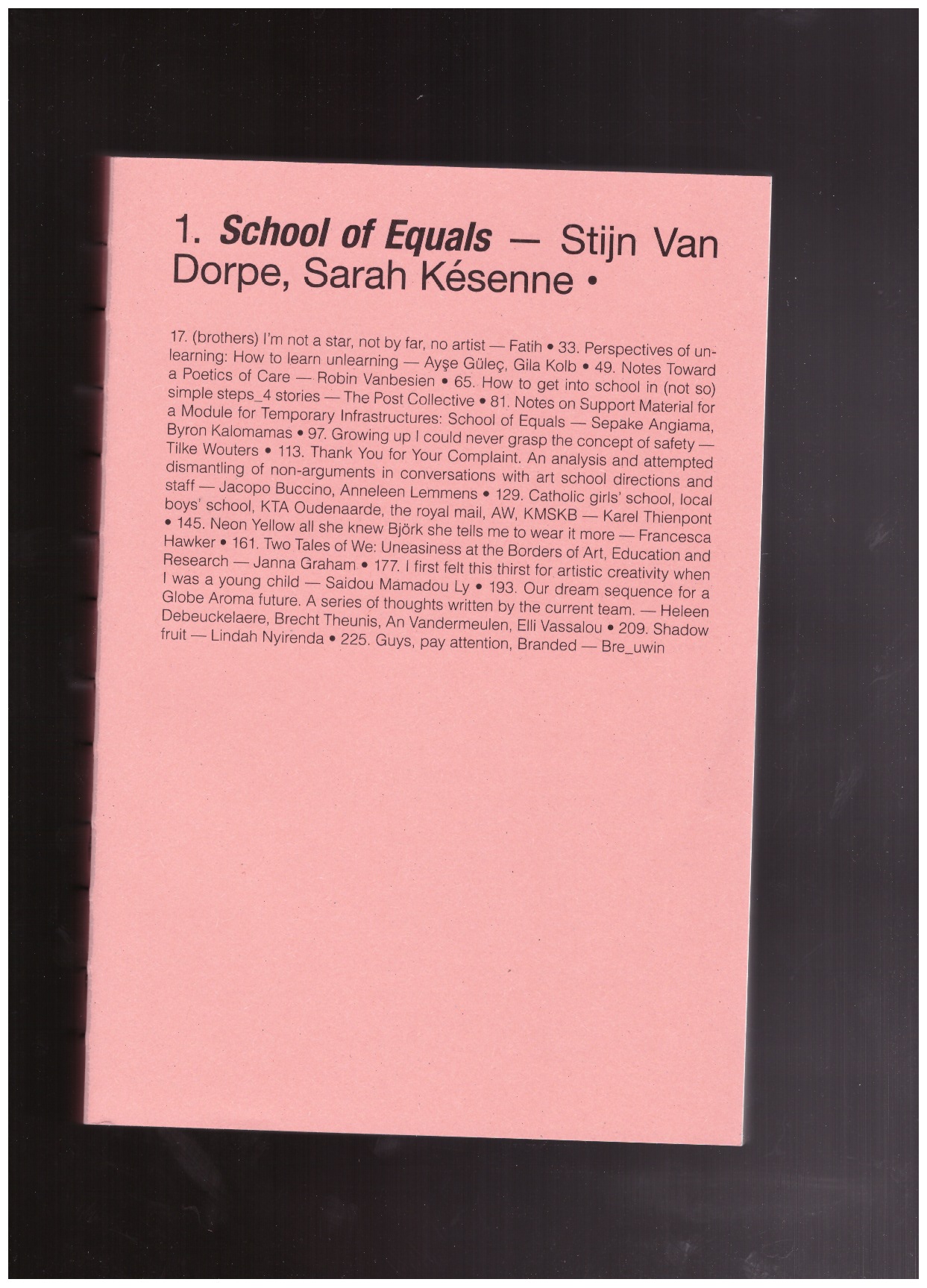