First ever vinyl reissue of David Rosenboom’s legendary Brainwave Music, originally released on A.R.C. Records in 1975 and here expanded to a double LP with the addition of over 40 minutes of contemporaneous material.

Pioneer of live electronics, innovator in music education, collaborator with artists as diverse as Jon Hassell, Jacqueline Humbert, Terry Riley and Anthony Braxton, Rosenboom is renowned for his ground-breaking experiments with the use of brain biofeedback to control live electronic systems.

Each of the three pieces that make up the original Brainwave Music LP integrates biofeedback with musical technology in different ways. In the side-long opening piece “Portable Gold and Philosophers’ Stones”, four performers have electrodes and monitoring devices attached to their bodies to receive information about brainwaves, temperature, and galvanic skin response. This information is analysed and fed into a complex set of frequency dividers and filters, manned by Rosenboom, but essentially played by each of the performers through their psychophysiological responses to the situation. The result is a slowly unfolding web of filtered electronic tones over a tanpura-esque fundamental, possessing the unhurried, stately grandeur of an electronic raga. In “Chilean Drought”, three different variations of a text about a drought in Chile, each read by a different voice in a different style, are associated with the Beta, Alpha, and Theta brainwave bands. Alongside an insistent piano accompaniment, we hear a constantly shifting combination of the three vocal recordings controlled by the relative preponderance of each of the brainwave bands in the soloist whose brainwaves are being monitored. “Piano Etude I (Alpha)”, the earliest piece included here, is based on research into the link between Alpha brain wave production and the execution of repetitive motor tasks. As Rosenboom plays a very rapid, incessantly repeated pattern in both hands – deliberately designed to be difficult to execute without being in an alert, non-thinking state similar to that associated with strong Alpha brainwave production – two filters controlled by monitoring his brainwaves process the piano sound, moving gradually higher in frequency as the average Alpha amplitude increases, resulting in a hypnotic, constantly shifting blur of repeated notes reflected through the shimmering, watery lights of the filters.

For this reissue, the original LP is supplemented with an additional LP containing an unreleased 1977 live recording of Rosenboom’s “On Being Invisible”, in which the composer himself performs on an array of electronics that are fed information from his brainwaves. Stretching out over 40 minutes, the piece begins in similar territory to “Portable Gold and Philosophers’ Stones” but eventually becomes far wilder, building up to pointillistic bleeps and dense layers of electronic fizz that unexpectedly cut to near-silence. As Rosenboom explains, the piece creates a situation in which the ‘performer’s active imaginative listening became one of the ways to play their instrument, as well as an active agent in how self-organizing musical forms might emerge.’ Enriched with archival images and new notes from the composer, this expanded reissue of Brainwave Music is essential listening for anyone interested in the history of live electronic music and alive to the possibilities it might still contain. [publisher's note] 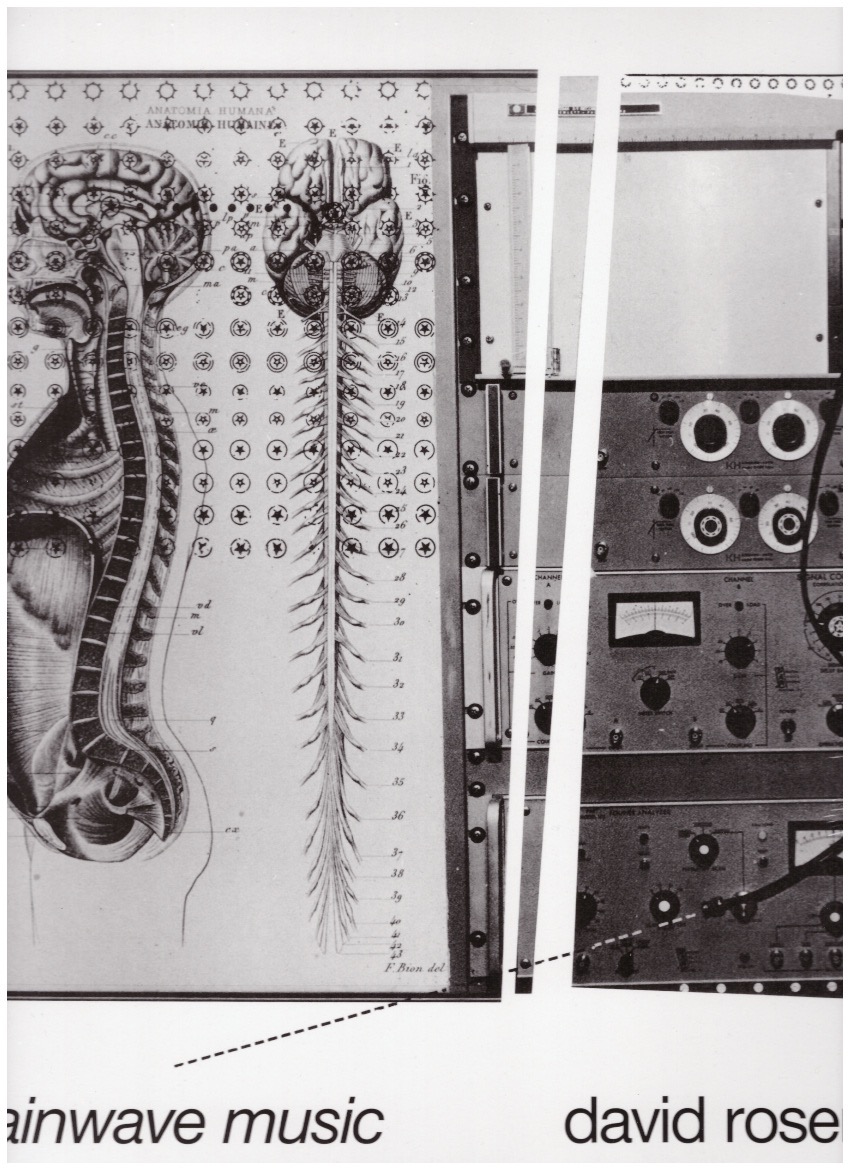