In the summer of 1970, the artist Les Levine arrived at the University of Toronto to take part in the installation of site-specific work on the quadrangle in front of the University's Hart House. The intended piece—construction materials hung from high-tension rope between campus buildings—was quickly stymied as Levine encountered a series of bureaucratic impediments on the part of the University staff. What ensued was played into the conceptual conceit the artist had envisioned for the project. By collating the correspondence, telephone transcripts, and visual documentation of the eventual installation process, Levine used the work to demonstrate how the university itself functioned as a system. Red Tape publishes this project, which had existed only as a dossier in the artist's archive, for the first time. [publisher's note]

Published by Columbia Books on Architecture and the City, 2016
Monographs / Artists' Books 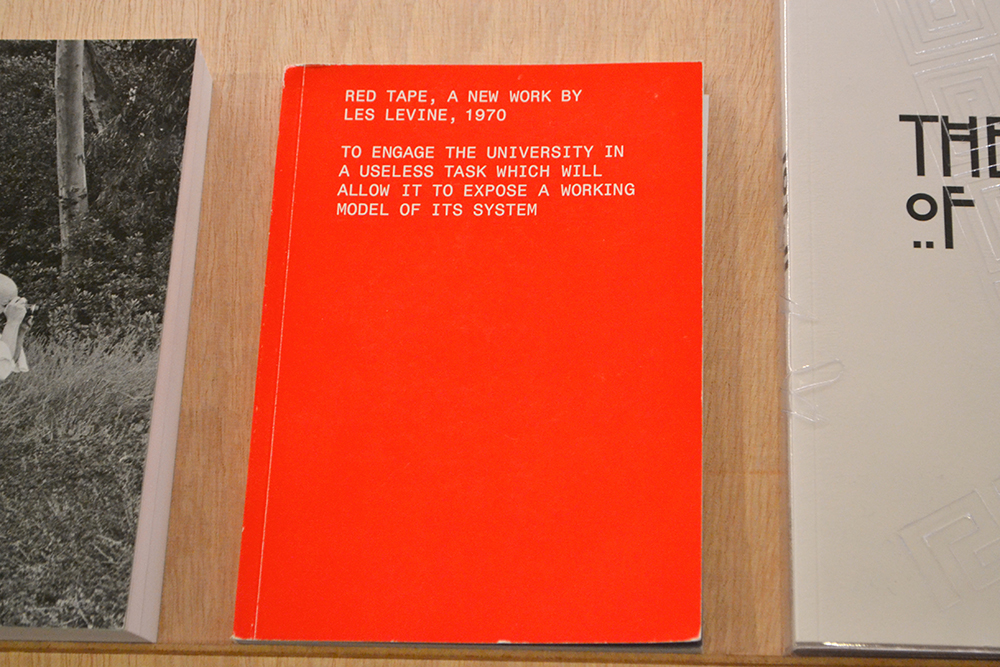 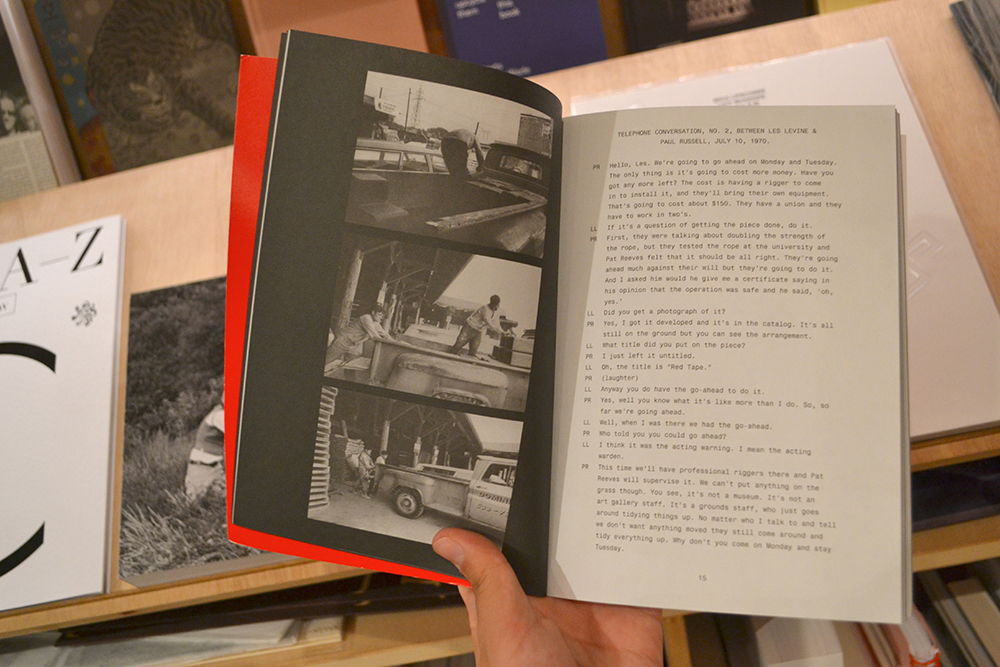