While the death of radio as a mass medium is once again being predicted as imminent, recent developments in transmission technology underline what has long been evident: radio is not about the transmission of sound, but of signal. After over a century of innovation, appropriation, and mutation, radio is now being re-invented to become what it has essentially always been - a communications space in the widest possible sense. Re-Inventing Radio seeks to explore this space by examining the way in which artists have interacted with radio and other communications media.

Radio is commonly understood as the familiar, ubiquitous, broadcast medium dissemininating music, information and entertainment. But this is only one "radio". Re-Inventing Radio looks beyond this definition to other histories of wireless communication - to the beginnings of radio when it was a communications technology before being transformed into a mass medium

The book brings together international media theorists, art historians, curators and above all artists who work with radio's multiplicitry of histories, including references to parallel developments in the history of art, e.g. Futurism, concept art, mail art, Fluxus or telecommunication art, also adressing the common belief, particularly in Europe, that radio art is an art of institutionalised public radio - a belief that has long been challenged by the concept of "expanded radio". [publisher's note] 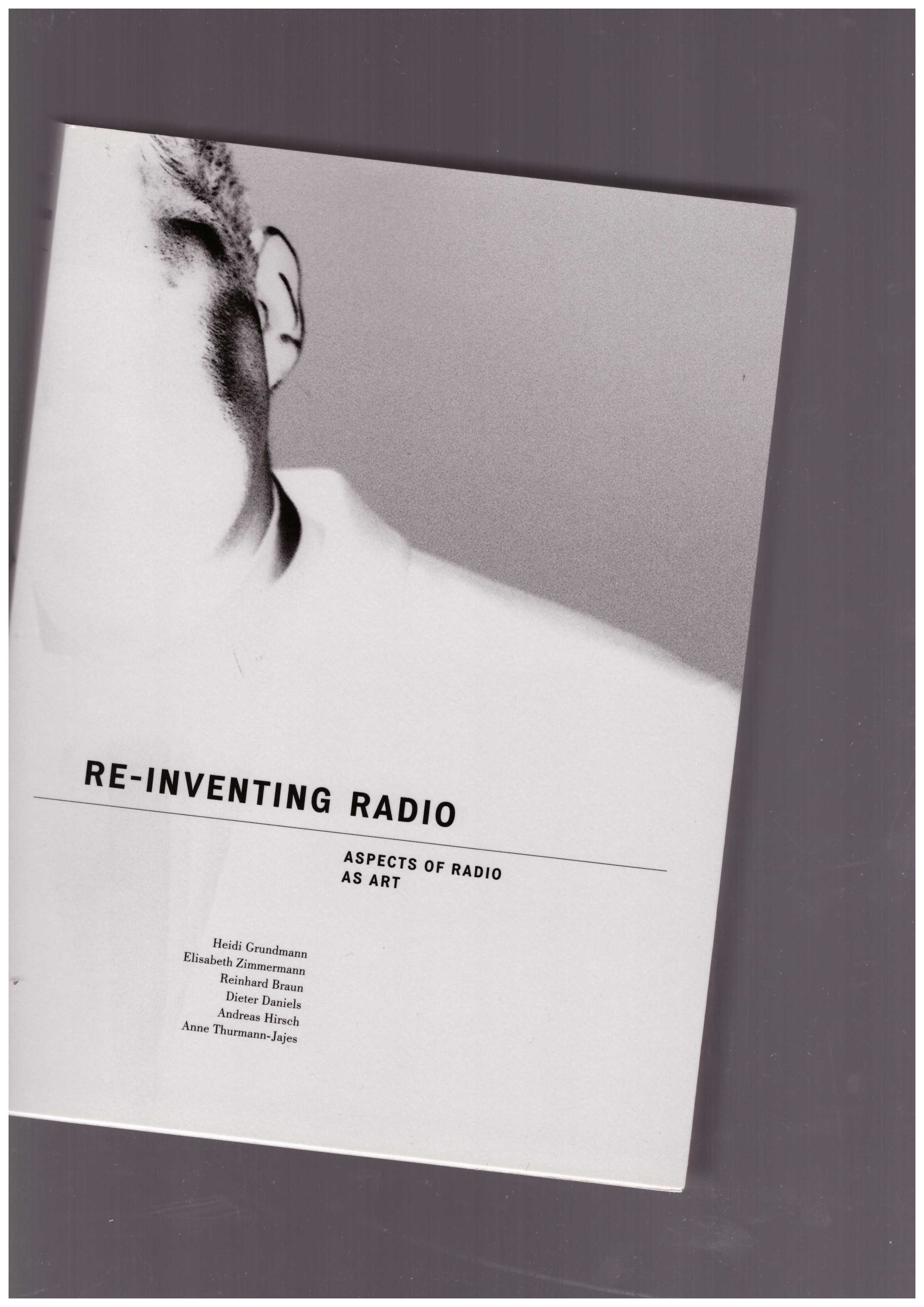